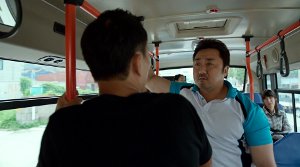 Story: Jang-soo (Ma Dong-seok) is a judo trainer and one day, he finally gets the phone call he was waiting for such a long time. A donor heart was found for his daughter Do-kyeong (Choi Yoo-ri). Since his wife died in a car accident, he has avoided people and problems as much as possible. However, policeman Tae-jin (Kim Young-kwang) suspects him of illegal practices. Tae-jin watches women get smuggled into the country at the harbor and when he follows a van, that he briefly loses and then thinks to spot it under a bridge again, it turns out to be Jang-soo's car. After that the two of them constantly cross paths with each other, like in front of a bar, which is owned by one of the men that the policeman saw at the harbor. Tae-jin watches a prostitute throw away a cell phone with a video on it that the gangsters want to get at all costs. The policeman manages to get ahold of the memory card with the video. At the police station, he tells his colleague about it, who unfortunately works for the gangsters, though. Therefore, Tae-jin is beaten unconscious in an underground parking lot. Coincidentally, Jang-soo is also there and gets jumped from behind as well. When Jang-soo wakes up in the hospital, the police have some questions for him since Tae-jin is in a coma now. Then the policeman's ghost appears and asks Jang-soo for help... 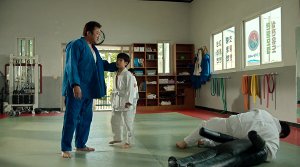 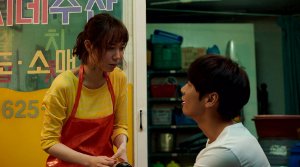 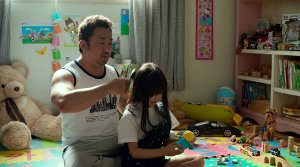 Review: The biggest problem of "The Soul-Mate" lies in its complete predictability. Everything feels so familiar that you are eagerly awaiting the big surprise that lets everything appear in a completely different light. But I'm going to save you the trouble of getting your hopes up: "The Soul-Mate" is a cliché-driven flick from start to finish. There are no variations of the stereotypes used or other unique features. This goes so far that you get the impression you are watching a movie from 20 years ago, when this was maybe sort of ok. But aren't there maybe one or two positive things worth mentioning? One could say that the cast is not that bad and the characters turn out pretty charismatic as well. Next to that, the genre mix is also a nice touch. But that, too, gives reason for criticism. 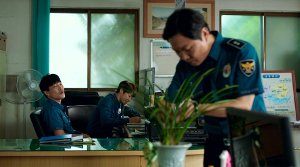 In fact, director Jo Won-hee doesn't really know what he wants to shoot. A thriller or maybe a comedy? This mixture alone would actually work. After all, that would mean we would get a nice little buddy-movie. However, there are also some dramatic elements to the movie. And the drama is so predictable, that it simply cannot affect us. Here is a little example: The organ donation for Jang-soo's daughter is cancelled. And now guess who would also be a suitable donor? Moreover, Tae-jin tries to convince Jang-soo to help him, after all, ghosts cannot really do that much. But Jang-soo doesn't help people anymore because his big heart supposedly was the reason for his wife dying, which we get to know later. Of course, there has to be a reason for an obviously good-hearted man not to help an elderly woman being insulted on the bus at the beginning. 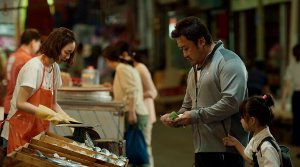 However, the character drawing is pretty flat. Ma Dong-seok ("Champion") may manage to be pretty endearing in his role, as usual, especially in scenes with his daughter, but that is not enough to really make us interested in his role or his partner in the case that needs to be solved, played by Kim Young-kwang ("On Your Wedding Day"). There might be a certain kind of chemistry between the two actors and this is what makes the movie not too unbearable, but whatever happens to them does not really interest us. It is strange how the director managed to engage those two rising stars for a movie like "The Soul-Mate". A glimpse into the script is enough to realize the flick's low quality. The coincidences that pile up here almost surpass a caricature. In addition, it seems as if the scriptwriter simply copied various corny scenes from several other movies. What was director Jo thinking shooting a script like that? 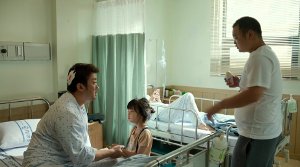 But apart from the bad script, Jo Won-hee is also responsible for the flick's low quality. With his first work "Desire to Kill") the director might have already copied a little bit too much from other movies, but at least it was a well-done thriller. Better steal some good ideas than come up with bad ones by yourself. But now you have to ask yourself if his debut was simply a lucky shot then. Because the direction in "The Soul-Mate" almost borders on amateurishness. Camera shots from below, shaky camerawork throughout scenes and a complete lack of sense for what should be a scene's focus. With Ma Dong-seok as a judo trainer there have to be some fighting sequences, of course, but they are choreographed badly and captured equally bad. Over and over again, you get the impression you are watching a low-budget-flick. 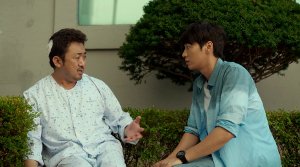 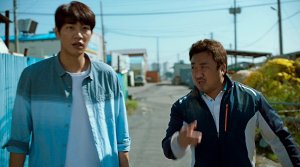 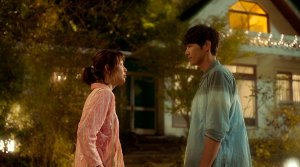 The different genres of the movie get a soundtrack that helps us to detect which genre we are actually watching at each given moment. Especially the ghost story with its obvious dramatic ending is absolutely the same thing we get to see in every other movie of this kind. The twist cannot actually be called a twist and if you started a drinking game based on all the stereotypes used in the script, you would probably end up in a coma by the end of the movie. Even if "The Soul-Mate" is rather short with its 97 minutes running time, you still have to ask yourself whether the movie has a right to exist at all. Maybe it works as a family movie, for those viewers who haven't seen any other movie for the last twenty years or so, because then the fact that the story is so cliché-driven would probably not leave such a bad aftertaste. But everybody else should definitely steer clear of "The Soul-Mate".