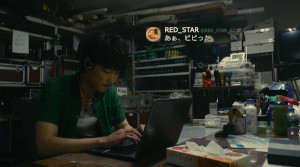 Story: Yuji Akahoshi (Go Ayano) works for a TV broadcasting station, but his job is so insignificant that he mostly only spends his time on social media rating ramen restaurants. One day, however, an acquaintance, Risako Kano (Misako Renbutsu), contacts him and tells him that she knows more about the murder victim who is on the news everywhere. According to her, the victim was her colleague Noriko Miki (Nanao). She was killed with several stab wounds and her body was found burned beyond recognition in a forest. The police have already questioned Risako, and now she also wants to tell Yuji everything she knows. Because she is actually firmly convinced that her colleague Miki Shirono (Mao Inoue) committed the murder. Noriko and Miki started working for the company at the same time, and everyone liked Noriko because of her beauty and friendly character. Miki, on the other hand, is more of a loner and has often drawn attention to herself through strange behavior. Risako thinks that the murderer's motive was jealousy. Because Miki used to prepare lunch boxes for a colleague and wanted to get closer to him that way. She even would have succeeded if it hadn't been for Noriko, who eventually snatched the colleague right from under her nose. After getting this information, Yuji sets out to interview other colleagues of the victim and presents his research to the people in charge of his broadcasting station. They are very enthusiastic and soon broadcast the program about the alleged perpetrator, who also seems to have disappeared off the face of the earth. Soon, the suspect's identity leaks out on the internet, and voices are being raised that draw a completely different picture of the case. 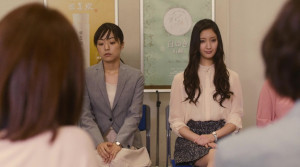 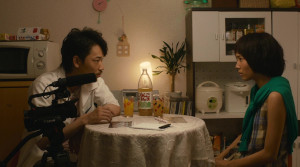 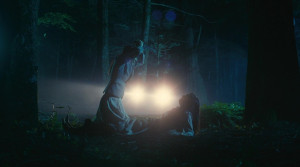 Review: Even though the story obviously seems to be that of a thriller - the title hardly allows any other conclusion -, "The Snow White Murder Case" is much more than that. It is about people's opinions, which are formed by classic media but also social media, and which can find people guilty even before all the facts are on the table. It just so happened that one of the last movies I watched, "Golden Slumber", incidentally also dealt with that theme, and the Japanese original was put on screen by director Yoshihiro Nakamura, who is now also responsible for "The Snow White Murder Case". He probably has an eye for weaving social criticism into his movies, but above all, he is the director of the fantastic "Fish Story", and this work as well as the murder story told here share a love for an epic story that works with its people and emotions, even if it doesn't seem like it at first. 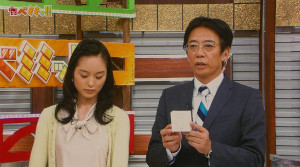 The story, which is based on a novel by Kanae Minato, is not told in a perfect way, because the events sometimes feel a bit torn apart. This is especially the case with the last third of the movie, when we get yet another shift of perspective and slowly work our way to the truth. At least, this shift in perspective doesn't really pull you out of the movie too much. This is because right from the very beginning this flick plays with the medium of movie, documentary as well as interview. Particularly well-done is how the movie presents information that we already know about once more, but this time in form of a "True Crime" show produced for television, including re-enacted scenes, poorly veiled faces of interviewees, dramatic musical backdrop, and the faces of the presenters displayed at the bottom of the screen in order to capture their scarcely perceptible reactions. This makes fun of Japan's TV program (and that of other country's too) and, given the lack of solid evidence they have, also paints a rather bad picture of the media. 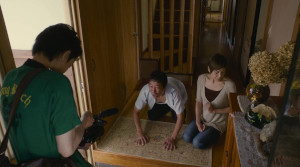 As I said before, social media doesn't come off well either. Even while he is still on the phone, Yuji posts his latest "findings" on a social network, without researching or filtering anything, and his followers' opinions constantly change; they track down and share names, addresses, etc., but you get the feeling that the whole thing is portrayed almost a bit too lightweight, because nowadays Twitter and the like are a lot more extreme. However, this is not just a brief gimmick, Yuji is constantly typing something, and so you not only have to listen to the conversations, but you also have to read a lot. The interviews are also an interesting aspect, because they serve as a gateway to various flashbacks, in which we realize through clever and small differences that each individual's memories cannot have a sole claim to truth - even though the differences are sometimes only about what Miki holds in her hands in the restaurant in a certain scene, or about how many steps she takes at once at the station. 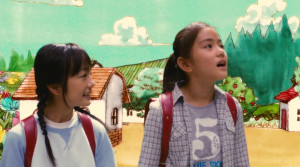 But there is not a lot of overlapping, so the movie never gets boring. Much of what is shown is also taken out of context and is affected by subjective opinion. Therefore, it is particularly interesting how the image you had of a person can change drastically over time. Especially Mao Inoue is pretty convincing in her role as Miki. Soon, the story also turns out to be about bullying at the workplace. And eventually, we even delve into Miki's past when one of her schoolfriends gets interviewed. Then the movie is also about bullying at school, friendship and an event that rips this friendship apart. All this is a lot of material, and when we then also get to see the events directly from Miki's perspective, you could almost think that the movie's going to fall apart because it goes in so many directions. But that doesn't happen because at its core the story is about Miki, and we slowly figure out what kind of person she is, how she became who she is, and whether she's capable of murder. 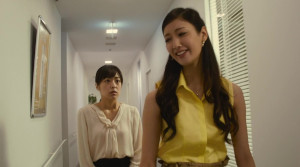 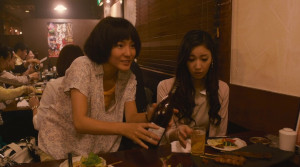 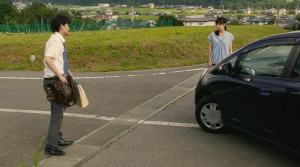 The story even gets quite emotional towards the end, and that makes it more personal than you thought possible at first. Unfortunately, Go Ayano ("Ajin: Demi-Human") remains a bit flat as the reporter, and mainly only serves as a link between the individual flashbacks. But at least this approach works, because otherwise the movie could have fallen apart with its various elements. Even though everything is kept together in the end, and the story almost turns into an epic biography due to its different perspectives and tonal differences, these aspects are still also worth criticizing. Is the movie the same at the end as it was at the beginning? The seams between the connections are a bit too obvious. But this by no means lessens the fact that "The Snow White Murder Case" is a real rollercoaster ride, and the different genres essentially are mixed quite successfully. An outstanding movie that always stays gripping and, in the end, also offers something for the heart without ever getting cheesy.