The Man Standing Next 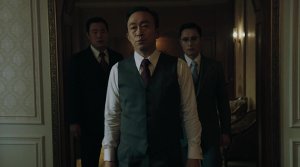 Story: President Park Chung-hee (Lee Sung-min) came to power through a military putsch and has ruled South Korea with an iron fist for eighteen years now. He is supported by Kim Gyu-pyeong (Lee Byung-hun), who is head of the Korean intelligence service KCIA. Kim is very close to the president and has been loyal to him since the "revolution." It is now 1979 and President Park has increasingly fallen into disgrace with his ally, the United States. This is partly due to the former KCIA director, Park Yong-gak (Kwak Do-won), who has sought asylum in America and plans to publish his memoirs, in which he wants to shed light on President Park's crimes. Kim knows his predecessor at the KCIA and asks the president to be allowed to handle the situation himself. He actually manages to get Park's memoirs and stops him from making a big mistake. But with that the issue is still not settled completely. First, however, Kim has to worry about losing his influence with the president. Because in the meantime, the head of the security service, Kwak Sang-cheon (Lee Hee-joon), has earned the president's trust and is repeatedly intriguing against the current KCIA director. The US, on the other hand, is putting more and more pressure on Kim to finally make the president resign, and so Kim finds himself in a hopeless position. It seems that an assassination is the only solution to prevent further disasters, because the President already plans to use tanks to put down riots in Busan and Masan... 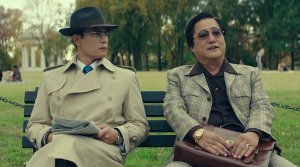 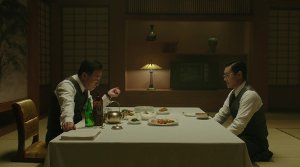 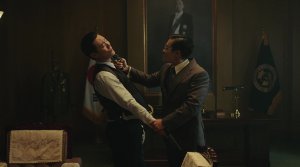 Review: Real life arguably writes the best crime movies and political thrillers, which the assassination of President Park Chung-hee by his own secret service director proves once more. It is also not the first time this assassination has been put on screen. "The President's Last Bang" was able to successfully capture the events that led to the assassination, too. It is only logical that the topic is now revisited, because during the presidency of Park Geun-hye, who is now imprisoned, the story of her father Park Chung-hee was reevaluated since he had also contributed to South Korea's economic growth as his followers keep telling everyone. The image that "The Man Standing Next" paints of him, tries to follow a more neutral approach, but that basically pulls the President to pieces. Interestingly enough, the movie's focus is on Kim Gyu-pyeong, who is based on the real KCIA director and assassin Kim Jae-gyu, and so the story deals with his shift in loyalty. 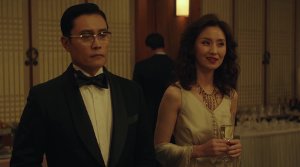 Until the enforcement of his judgement, the KCIA director assured that the assassination of the President was not intended to put himself in the Blue House (the President's seat). But what exactly were the reasons then? A clear answer is difficult or even impossible. Instead, we are presented a web of numerous circumstances, all of which contributed to not only drive Kim into a corner, but also turn him into a tragic hero. A hero who initiated cruel acts, even if they were on behalf of the President or only meant to win over his favor again. At some point, however, Kim realizes that he is living a life that has nothing to do with the past "revolution" anymore, and that his country is about to be plunged into chaos and turmoil. In addition, Kim also wants to make amends for the things he has done, knowing fully well that it will not end well for him. Therefore, the biggest surprise is that "The Man Standing Next" is a political drama that delves into the psyche of its protagonist. 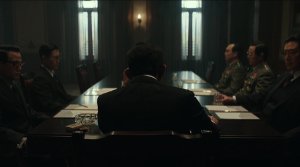 With Lee Byung-hun ("Ashfall") as the actual main character you can only applaud the casting choice. Contrary to what you would expect, the KCIA director is not incredibly self-confident. Instead, he often uses a softer tone, which certainly plays into his rival's hand, because with his loud nature the head of security has an easy job making an impression on the president. The KCIA director does not just tell the president what he wants to hear, but thinks a few steps ahead and actually has the people in mind as well. The uncertainty about whether what he has to do for the president is actually the right thing to do or not, and the question at what point his loyalty to the president has to change into loyalty to the very essence of the cause he used to fight for, is the inner struggle that makes Kim a tragic character and gives the movie its heart. Furthermore, Lee Byung-hun manages to shine in emotional moments when he has to express his feelings in a subtle way. 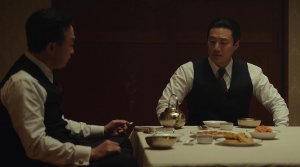 Director Woo Min-ho ("Inside Men") is not an amateur either, as the movie clearly shows. The seventies are always noticeable whether it's in fashion, the sets or in the wallpapers and cars. Surprisingly, the movie also offers international locations like America and Paris, so we do not only get to see South Korea in the seventies, but other countries as well. At the same time, the choice of locations also gives the movie a slight espionage thriller flair. Nevertheless, you shouldn't expect too much suspense. Most of the time, the story is told in a leisurely pace and, as I said before, the movie also takes great care of historical accuracy. This might scare off an audience that is expecting an exciting blockbuster, but it also gives the events the historical complexity which makes the movie a little more serious. For this bold move you definitely have to applaud director Woo. 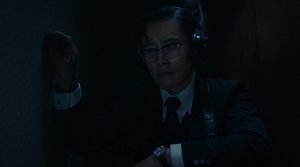 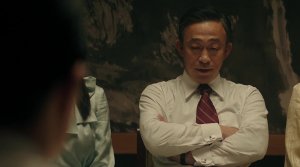 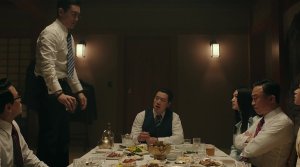 However, there is still some suspense, but only when it fits the story. This could be a wiretapping scene as well as the assassination itself, in which camera tricks are used to give the events a certain dynamic, as if we were seeing an one-shot-take. We also get to see Chun Doo-hwan, who then continued the dictatorship with a military coup shortly afterwards, and it is hinted at that he, while working under president Park, had passed on information to America under the code name Iago. America's role is woven into the movie in an interesting way, too. So, you can easily say that the more you know about the country's history, the more you enjoy "The Man Standing Next." And now that the liberals are in charge in South Korea, it is no wonder that Kim Jae-gyu's actions are shown in a new light - a man who was unwilling to slaughter millions of protesters who demanded democracy. "The Man Standing Next" is a somewhat quiet movie, but at its core it is incredibly exciting and shines with its attention to detail.