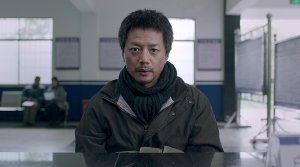 Story: Yu Guowei (Duan Yihong) is released from prison in 2008 and recalls the circumstances that put him in there. It's the year 1997 and Guowei is the head of a big factory's security department. The factory is in a rural small-town in which one day a murder series on women occurs. When another woman's dead body is found in a field and some factory workers are also amongst the suspects, Guowei takes matters into his own hands and brings his employees to the investigating police officer. Afterwards, Guowei constantly forces his help upon the police. In the factory, he has the reputation of being able to see right away when somebody has done something wrong, which is why he thinks he is able to solve the series of murders. Therefore, along with his assistant Xiao Liu (Zheng Wei) he follows any trace and he is in fact able to get to the murderer even if he doesn't manage to make out his face. After a relentless pursuit the murderer escapes, though, and Guowei is back at the beginning. In the meantime, he gets to know the prostitute Yanzi (Jiang Yiyun). Something like a relationship unfolds between them. However, the woman fits the serial murderer's victim profile, so Guowei always keeps an eye on her hoping to catch the murderer. 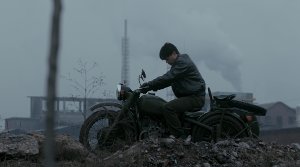 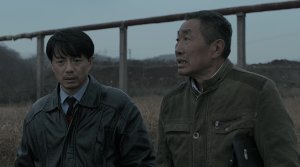 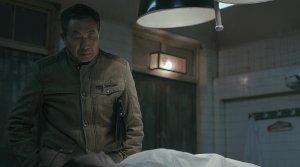 Review: Right from the start "The Looming Storm" manages to capture you with its impressive atmosphere. After the prison release in 2008, we jump to the year 1997 and follow the background story explaining why the movie's hero ended up in prison in the first place. The first victim is found in pouring rain, which is already pretty reminiscent of "Seven", while the rural region with all its fields reminds us of the little Korean masterpiece "Memories of Murder". And it's supposed to keep raining for the rest of the movie, too. You could think that this is a rather simple maneuver for a film noir, but cinematographer Dong Yue, who makes his debut as a director here, doesn't simply leave it at that. The rain also drains out all the colors from the images, so that there is nothing else left than the factory's grey and black. The few colors we do get to see in the interior shots are chipping off the walls. Everything appears dead or in the process of dying. 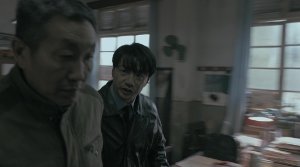 Soon, it becomes clear that the series of murders is just a little extra something within the movie. In fact, the year 1997 was an important one for China. Hong Kong was given over to China and many government-owned factories, which were not returning any profit anymore, were closed. The country's economy was restructured and numerous workers were confronted with an uncertain future. The thriller's protagonist may have received a medal for his outstanding achievements, but he also knows that his days in the factory are numbered even if there's not much pointing towards it at the beginning. Guowei dabbles in being an amateur detective and his colleagues at the factory think highly of him, whereas for the police he is mostly just someone hindering their investigation and stepping out of his area of expertise. As a viewer, you have to feel a little bit embarrassed about how enthusiastically he forces himself onto the police as a detective, but on the other hand, you also have to be impressed by how much more effective his work is than that of the police. 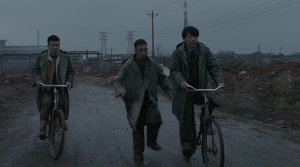 Guowei's intention to possibly start a new career as a police man - despite his assurance towards his colleagues to always remain a part of the factory - are surely rooted in the fact that he knows about the country's restructuring. Why else would he neglect his work and go on a manhunt? He searches for a new profession in an uncertain world. Duan Yihong ("Extraordinary Mission") plays the main character in a very convincing way and as a complex personality. Guowei's engagement as a detective, which slowly turns into some kind of obsession, even makes him use a prostitute as bait without her knowing it. The woman thinks that Guowei has feelings for her, which might also be true, and she likes him as well. The relationship between the two is interesting and not riddled with drama. A lot of things are approached in a very subtle way. Only the ending comes along with some rather dramatic moments. 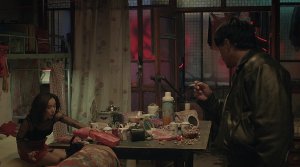 In the meantime, the investigation continues. And so does the rain. The amount of water, the gloomy mood, the job cuts, all this creates a suffocating atmosphere. With a weather like that, people simply have to go mad, which is shown not only by the series of murders, but also by a man killing his wife. Of course, behind all this lies the fear of impending poverty. As a social-critical movie "The Looming Storm" is fascinating and director Dong Yue does not choose an unnecessarily subtle approach towards it. It becomes clear quite quickly that the brilliantly captured film noir images are simply a backdrop for a story which wants to show how people's fates are impacted by China's economic change. However, with its two hours running time, the movie is a little bit too long, so that it does not manage to keep us interested the whole time. During those moments, the beautiful images are the only thing keeping us afloat. 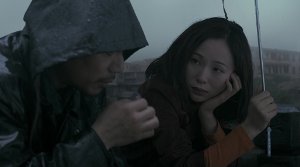 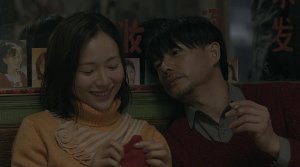 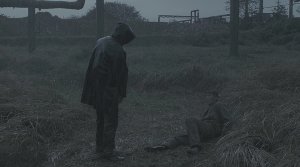 In general, "The Looming Storm" could have been a recommendable movie if there hadn't been so many highly questionable developments towards the end. The reason why Guowei had to go to prison is understandable. His journey towards it is convincing as well. Nevertheless, there are some twists which make us question everything we have seen before and which make Guowei's narrative perspective seem problematic. What the purpose of all this is, remains unclear. It also does not enrich the movie in any way, but instead we get frustrated. So, all there is left are the images, which have a huge appeal due to their composition of rural fields and dark factories as well as pipes and steel. Nevertheless, "The Looming Storm" gets too hasty towards the end and loses its focus. Without a real direction, the images suddenly seem like window dressing, too. What a shame.