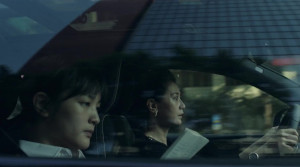 Story: One day, Pin-Wen (Alyssa Chia) gets a call at work by her daughter's homeroom teacher. A classmate of Xiao Jing (Gingle Wang) was tested positive for Covid-19, and so the daughter has to go into quarantine too. Pin-Wen takes her daughter home, and she also gets time off from her employer, as he does not want to take any risks in case Pin-Wen has also been infected. So, she is now in quarantine at home with her daughter Xiao Jing. It's not an easy time for either of them, as they have had problems with each other for a long time already. Therefore, Xiao Jing never comes out of her room, of course, under the pretense of not wanting to infect her mother. When she then also leaves her mother a rude message, Pin-Wen doesn't know what to do anymore and calls her ex-husband. Shortly afterwards, the ex-husband also gets a call by his daughter. Xiao Jing's mother is suddenly in the hospital after she was found wandering the streets being confused. It turns out that Pin-Wen has mental health problems. She gets laid off from work and she even has to go to a psychiatric ward in order to be treated for a little while. Back at home, her daughter takes care of her. But their financial situation gets worse and worse over time, and soon they cannot afford the mortgage payment for the apartment anymore. Pin-Wen wants to look for a new job, but she constantly suffers from episodes that start to put a strain on Xiao Jing as well. 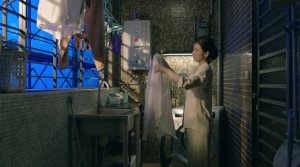 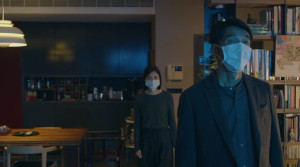 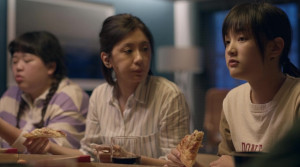 Review: Most people will probably feel the same way and won't be enticed by the corona theme of this movie. After all, the measures against the spread of the virus are still too much of an integral part of our everyday lives. Of course, it is also obvious that there will soon be a number of dramas that (have to) deal with the topic in the years to come. However, "The Falls" only deals with the topic to some extent. Even though it is odd to see actors with a mask on their faces, the movie actually only uses our new everyday life with the pandemic as a framework in order to tell a story about psychosis and mental illness in general. Nevertheless, the movie also hints quite clearly at the fact that the quarantine measure was the last straw for the protagonist. Interestingly enough, the tone of the flick oscillates between gloominess, almost creepiness, and some unexpected lightheartedness. But you need some patience to find your way into the story, because it is mostly quite slow-paced. Still, the developments in the relationship between mother and daughter always keep the story going. 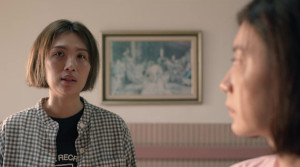 A pleasant aspect of the story is that your first initial assumption about the structure of the relationship does not reflect reality at all. The daughter is by no means the cold-hearted, typically rebellious and disinterested teenager, and the mother is not the rigid businesswoman who has become estranged from her daughter. Watching the puzzle of the relationship being taken apart and then pieced back together in a new way, is a big part of the appeal of this otherwise rather dark story. The sometimes gloomy atmosphere is supported by atmospheric interior shots, while the tarp around the apartment building (there are currently restoration measures taking place) symbolizes the isolation from the outside world due to the quarantine as well as the emotional loneliness and therefore plays an important role here, too. In addition, there are some unpleasant scenes involving the mother's delusions, for example, when she stands in front of the apartment door in the middle of the night, because guards are supposedly standing outside and won't go away. 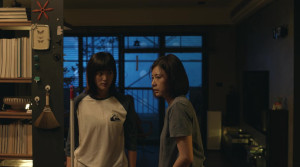 Xiao Jing, played by Gingle Wang ("Detention"), is told to show an interest in her mother's delusions and talk to her about them. And she does this with a childlike ease that takes away some of the severity of those moments. At the same time, we realize that the whole situation is by no means as easy for her as she pretends. Confronted with her mother's illness, she has to grow up in the blink of an eye and has to take care of the finances as well. Even though she cuts a fine figure at that, she gets exploited too. "The Falls" is therefore also a movie about coming of age. The drama is mainly carried by the outstanding performances of Gingle Wang and Alyssa Chia as her mother. Confronted with a new reality, the mother has to somehow cope with everyday life, which also means that she has to look for a new job, even if that might be at a supermarket. The fact that the mother is not too proud for this, shows once more how wrong our perception of the characters might have been at the beginning. 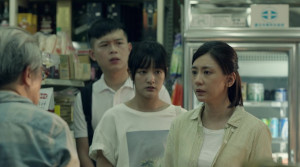 Nevertheless, director Chung Mong-hong repeatedly contrasts his rather suffocating images about psychosis with some sunny elements. In addition, the well-made soundtrack by Lu Liming also shows that this drama repeatedly manages to bring warmth and hope to the screen as well. The reasons for Pin-Wen's psychosis are not mentioned directly, but the complicated relationship with her ex-husband, whom she could never really let go, probably plays a big part in it. Moreover, as mentioned before, it is certainly not a coincidence that the isolation caused by the pandemic deteriorated her mental condition. In general, this is probably just the beginning of coming to terms with the consequences that already accompanied the very early Covid measures, and "The Falls" gives us an insight into how you could deal with that artistically. The pandemic is omnipresent, but at the same time it's also excluded somehow, it is simply there, in the news, in the hospital, which you are not allowed to enter without an insurance card, in form of colleagues being afraid of possibly working with someone sick. However, the movie never gets pushy at incorporating the theme, and so "The Falls" also works on this level. 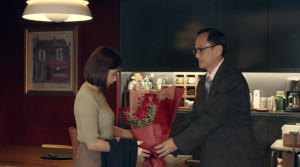 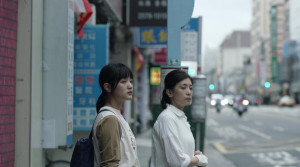 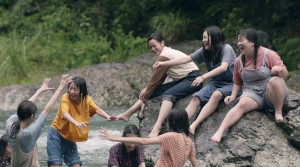 Xiao Jing may seem like an ungrateful, spoiled child at first, but it turns out that this was probably a false assumption caused by the narrative's perspective. Be that as it may, we get to know the girl in a completely new way, and she leads us through the entire movie. Her relationship with her father also gives us an interesting insight into her inner life, and the restructuring of the family offers enough material to keep us interested throughout the extensive 129 minutes. However, there are a few moments when the movie overdoes it a little with its leisurely pace. In addition, there is a finale towards the end, which does not quite fit into the rest of the story, but more or less forges a bridge to the movie's title. It's surprising that this Taiwanese drama can be found on Netflix, but viewers with a little patience will be rewarded with a complex movie about coming of age and mental health, and in addition, "The Falls" never gets too artsy.