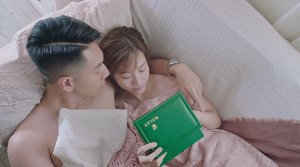 Story: Mari Hirakawa (Stephy Tang) is the daughter of a Karate teacher (Yasuaki Kurata). She and her father have drifted apart after she has given up on training Karate. Although she has been very talented as a kid, she never continued training after losing in a contest. Now, her father has died and she doesn't know how to deal with it. At least the apartment, which is also a dojo, is passed on to her she believes. However, during the reading of the will she is quite surprised to hear that Chan Keung (Chapman To) gets 51 percent of the apartment. Mari doesn't even remember who that is. The former student of her father has worked for a gangster, but then saved a small child from his boss and had to go to prison. He is free again, now, and alongside Mute Dog (Stephen Au) he teaches Karate at Mari's place. Mari is extremely unhappy about this development and finds herself in a difficult phase of her life anyway since her affair with a radio DJ (Ryan Lau) has been ended by him, leaving her with no perspective in life. Then, Chan offers to sign over the whole dojo to her if she manages to hold her ground in a ring for three rounds... 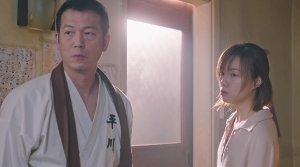 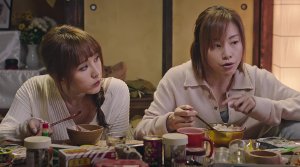 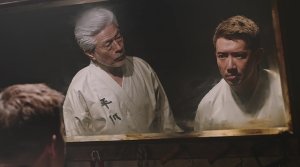 Review: A Karate movie by and with comedy star Chapman To which also happens to be a drama? It's hard to guess what you can expect here. And the end result is even more surprising than what you would have thought possible. After all, "The Empty Hands" is an art house flick and probably the strangest movie about martial arts I have seen to this date. On the one hand this is something positive since there are new impulses to be found here, meaning that you don't get the mandatory story around self-discovery. On the other hand it's difficult to say exactly what to make of the movie concerning its entertainment and artistic value. Anyway, you can't say that Chapman To's work is a bad movie. And that in itself is actually a surprise, isn't it? 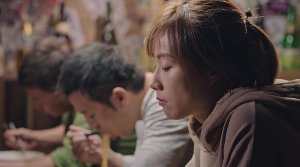 Why is this a surprise? Because To is rather known for wacky comedies and his directorial debut also falls into this category. Yet, you more often see him in serious roles these days, too, as in "The Mobfathers". Still, you certainly wouldn't have expected a movie from him that is focused so much on art. And that's where things get difficult. The movie never features scenes that outright look like artsy bumbledom, but there is nonetheless sort of an aftertaste of it. Maybe those who aren't familiar with To's former work won't feel that way, though. The pictures, the music as well as the pacing, which constantly shifts down a gear, convey a clear message. Watching Yasuaki Kurata ("Fist of Legend") train on a field in black-and-white while Vivialdi's "Four Seasons" plays obviously stands as cinema that aims at being art. 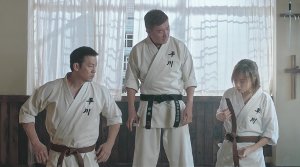 Interestingly enough, it is actually working. The score oftentimes consists of classical music, among them a few works which you always hear in movies, but also Schubert's "Winterreise". Next to that there is also some more upbeat music which has a touch of traditional Japanese music or consists of the amateurish flute play of children. Visually the movie also experiments. Flickering, red light when Kent needs to decide where he wants to go in life, a boxing ring floating in empty space as Mari lies on the ground, and several montages all strongly suggest an independent flick. Maybe To tries to find a niche for himself as a filmmaker since he has been blacklisted in mainland China for his pro Hong Kong stance. Despite the artsy atmosphere you still have to give the movie credit for never becoming completely alienating. This is also thanks to the characters being rooted in real life. 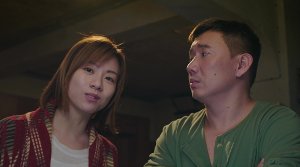 The characters are the center of the events as the plot itself actually is just passing by in the background. Chapman To, himself a Karate black belt, and Erica Lee have without a doubt written the movie for Stephy Tang ("Marriage with a Fool"), who after her numerous meaningless rom-rom roles wants to gain ground as an actress. And she certainly succeeds. Mari's affair with a married man seems like a story that has been told a thousand times before, but the director circumnavigates clichés and Mari's naivity shows that love can in fact make blind. In the end, everything revolves around not hitting a brick wall in life and continue standing in front of it, but to keep going on. Yes, we never hear the cliché-ridden line "Only those staying on the ground after falling down are really losers", but you can clearly make out this message within the picture and maybe even a bit more. 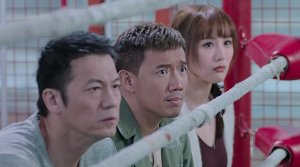 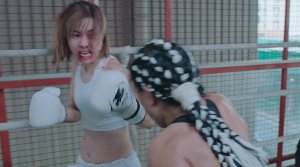 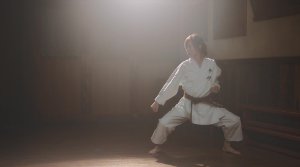 "The Empty Hands" doesn't write out everything in full. There are constantly flashbacks which want to introduce us to the background of the characters some more, but then again we never dive that deep into them as we would have hoped. Particularly concerning Chapman To's character we would have wanted a bit more. Sort of making up for it there are Stephen Au ("Trivisa") and Dada Chen ("Vulgaria") to be seen in supporting roles and depicting interesting individuals. The characters seem promising from the very get-go, but there isn't done enough with them. The fact that there are no other fights except one martial arts scene is actually a positive thing. The training scenes are also refreshingly restrained and thus don't stand in contrast to the independent-flick tone of the drama. All of this seems positive and you are inclined to congratulate To for the end product. But with a finale that drags on and on you are once more not that sure if this maybe isn't just art for the sake of art.