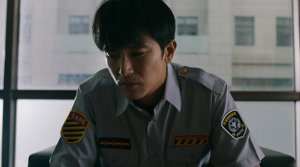 Story: Since his childhood Chen Chia-Hao (Roy Chiu) has been able to see ghosts. Even though a lot of people told him to do something else with his skills, Chen has fulfilled his dream of becoming a policeman. One day, he stops a car as a traffic policeman and notices some blood on the trunk. It turns out that the driver is a wanted serial killer. Chen's partner is shot and he himself only survives because the ghost of the dead woman, who was once transported in the trunk, saves him. Since Chen is forced not to mention the ghost in his report, he prefers to quit his job. He is then approached by Chang (Peng Chia-Chia), who recruits him for his secret police department. In fact, there is an entire department that deals with cases involving ghosts. Together with Chang and his colleague Hsueh (Wen Chen-Ling) he works on his first cases, but he also tries to solve the case of the dead woman from the trunk, although his superior advised him not to. He finds out that the reporter Ju-Hsin (Eugenie Liu) knew the dead woman and that she can help him. Apparently, the head of a hospital, Sun Yu-Shu (Yeo Yann Yann), is not only deeply involved in the case, but also has special powers, as she deprives her young victims of their life force and either absorbs it herself or feeds it to well-paying clients. With this case Chen might have bitten off more than he can chew... 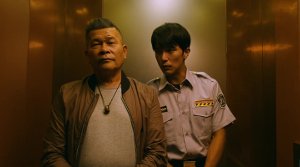 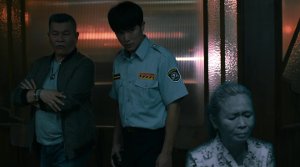 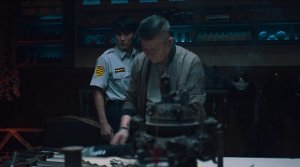 Review: It doesn't take long and expectations for "The 9th Precinct" drop rapidly. At the latest when we see a ghost in a black and white pseudo-ethereal form, we get the feeling of watching a horror movie or a comedy from twenty years ago. Ok, maybe the movie doesn't take itself too seriously and therefore tries to create a funny horror thriller based on that? But you would have to find a lot of things funny to actually find the humor of "The 9th Precinct" appealing. The parallels to "Men in Black" are completely obvious and during the credits it is pointed out to us again in an incredibly unsubtle way. Because maybe there was somebody left who didn't notice yet... In the end, the film simply uses too many clichés to be regarded as a good movie today. It's a relic of bygone times, created in 2020, and may, at best, evoke a sense of nostalgia. 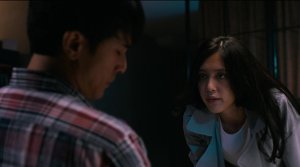 After the viewer has somehow been introduced to the world - there are ghosts, and psychics are not necessarily rare either, even if people hardly ever talk about them - our hero dives into this completely new world, in which encountering ghosts is everyday routine. We get the impression that the various episodes shown to us are supposed to demonstrate a little more of the drama that lies behind the individual fates of the ghosts. But all of this remains on a very superficial level, and quality-wise it reminds us more of a TV show. There is supposed to be a little bit of drama hidden there somewhere, but it doesn't really affect us, because we've already seen this dozens of times. And it doesn't help the corny subplots that the supporting actors are mediocre, at best. Especially, Chang does not really seem believable as a mentor. However, this level of amateurish performance runs through the entire movie. 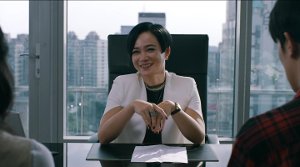 Colleague Hsueh, played by Wen Chen-Ling, is often possessed by a spirit that can provide helpful advice. But the acting only causes furrowed brows, as it can only be described as amateurish. This general level of amateurishness is most evident in the finale, when the director uses exaggerated slow motion to make everything seem both cool and comical by making fun of genre clichés. This is a fine line, which the director unfortunately crosses, because in the end, the joke's on them. Especially the villainess, embodied by a hospital manager who is in the league with the devil, seems ridiculous. A diabolical grin and a few evil or cynical words are simply not enough to create an interesting antagonist. Above all, it is striking how cheap the story is at its core. The film was produced for Netflix, and this should mean a higher standard than a 90s TV movie, but unfortunately, you get exactly that. 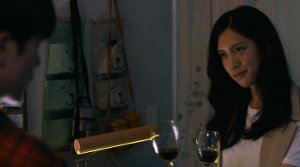 Of course, "The 9th Precinct" is not completely boring. Especially at the beginning, we still have hope that some surprises may be hidden in there somewhere. But we are quickly proven wrong. Towards the movie's end there is also some action. The choreography seems surprisingly well-done, but it doesn't really fit the tone of the movie when the hero of the story knocks out his opponents with a few martial arts stunts. Because prior to that, there was nothing to suggest that he can actually fight at all. Hsueh is also allowed to compete against some ghosts, although the movie wants to hide the actress' lack of martial arts skills behind "cool" cuts. This is just too simple and actually not the first time director Wang Ding-Lin has stooped to this level in the movie. It sometimes works when you can take it with a wink, as it was probably intended. However, most of the time, scenes like these and the movie's humor just seem cheap. 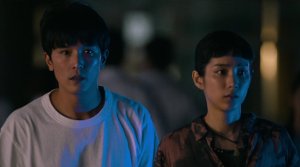 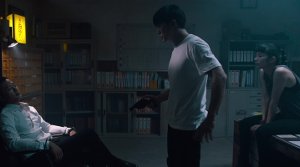 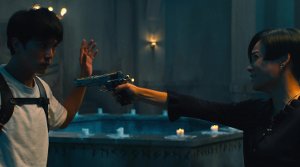 When it comes to film productions, Taiwan is rarely taken seriously, and "The 9th Precinct" won't be able to change that. The film may not take itself seriously, but the viewer can't take this horror comedy (and here I use a broad definition of comedy, because normally, a movie at least has to be a bit funny to call itself a comedy) seriously either. Not even if you consider it to be a caricature of itself. This is a pity, because recently, the Taiwanese horror film "Detention" was actually able to excite audiences and among horror thrillers "Double Vision" is still considered to be an insider tip and rightly so. However, this flick does not play in this league at all. With a little over 90 minutes, the movie just offers light evening entertainment, but there's nothing more to it.