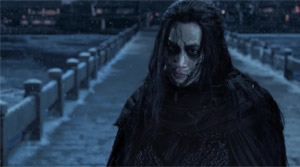 Story: Fearsome swordfighter Yen Shih-San (Peter Ho), who is known all throughout the land as an assassin, is looking for Third Master in order to defeat him in a duel. This way he could attain the title of best fighter in the world. At the same time he is asked by Chu-Ti (Jiang Yiyan), the daughter of an influential clan boss, to kill her former lover, also Third Master, since he has dumped her. However, Yen has to find out that Third Master is already dead. His goal in life is now unattainable forever. Since he is also suffering from a terminal illness he prepares for his death and hires himself out as an undertaker. Meanwhile, Useless Chi (Kenny Lin) has to pay off his debts at a brothel. He also seems to be a broken man without a goal in life. But his acquaintance with prostitute Li (Jiang Mengjie) slowly changes that. He gets to know her family in a small village, which is tyrannized by the brothel's boss, until Yen turns up and puts an end to the problem. The village asks the swordfighter to train Useless Chi, but Yen realizes that Chi is already an outstanding fighter who simply has taken the pledge to never fight again. Yet, Yen and Chi get soon entangled in a war between two rivaling swordfighting clans... 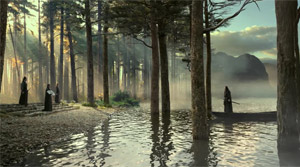 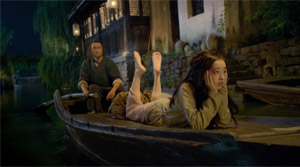 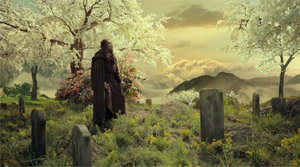 Review: "Sword Master" captures the essence of the wuxia genre like only few movies have managed. Swordfighters with superhero-like abilities, who impose law and order in a world ruled by clans or who want to boost their reputation and therefore become villains, are only one side of the coin. Apart from that we also need a tragical love story which has Shakespeare-esque traits to it. And Derek Yee's remake of the Shaw-Brothers classic "Death Duel", or homage to it, delivers all that. Before Yee made a name for himself as the director of such films like "One Nite in Mongkok" or "Shinjuku Incident" he could already be seen in the aforementioned movie. Thus, his turning away from gritty Hong Kong cinema to the colorful wuxia genre shouldn't actually come as that much of a surprise. 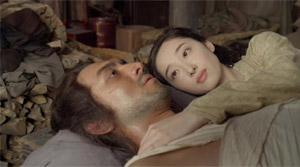 It is obvious from the very get-go that "Sword Master" features a few clichés, but they are the result of the film being geared to the Shaw Brothers original surpisingly close, resp. the source material, Gu Long's novel. However, those clichés are almost never to be made out as such. It's even amazing how subtly they are hidden by a story told with a lot of heart. The reason why this wuxia flick is so captivating aren't breathtaking fights, but an emotionally engaging plot around justice, revenge, unfulfilled love, ambition and the longing for forgiveness. The story itself is told in a rather straightforward manner, doesn't sell its alleged twists as such and therefore is a lot less pretentious than most modern movies. Next to that the source material is constantly flashing through. Accordingly, there is some unusual depth to be found, especially in the characters, who will win you over for the story. 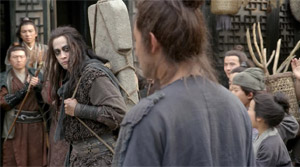 Kenny Lin as the actual protagonist even gives a rather bland impression, it's the supporting cast which gives even his character some more color. Particularly Jiang Yiyan ("The Four") embodies a tragic individual, who is shifting between opposed emotions, quite skillfully. Far less uninspired than you would assume is Jiang Mengjie in her role as a prostitute, who succeeds in giving her character a few interesting and loveable nuances, without playing the card of the prostitute pure in her heart unnecessarily often. The real highlight of the cast is Peter Ho ("The Monkey King"), though, who sometimes might seem to originate from an anime, but in a positive way. The mix of coolness - at one point in the story he carries his own tombstone around with him -, which his existence as the villain bestows on him, and kindness, which his surprising change of character is the result of, give him those fine facets which make him the most interesting personality. 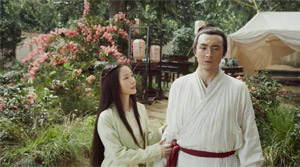 The fact that "Sword Master" constantly shifts its focus to the supporting characters and sheds light on them makes the story a lot more meaningful and emotional. The fantastic score by Peter Kam ("Isabella", "Perhaps Love") is also adding to that. Since Tsui Hark has produced the picture it also shouldn't surprise that the film has been shot in 3D (for this review the 2D-version has been used) and that some of the fights are aimed at playing into the hands of those very special effects. Unfortunately, there are a few not that well-achieved CGI-effects which becomes a bother. Contrary to the effects in Tsui Hark's "The Flying Swords of Dragon Gate" "Sword Master" isn't just smoke and mirrors, however. It more resembles his "Green Snake". The garish colors, the strong contrast of the pictures and the fanciful costumes almost seem a tad over the top, but even if a green screen looks too artificial at times or a forest has clearly been shot at a studio it even adds to further enrich this artificial fantasy world. This is exactly where most wuxia movies fail. 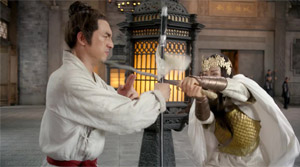 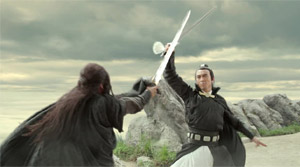 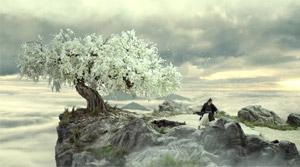 The fights, choreographed by Yuen Bun and Dion Lam, are neatly integrated into the story and thus don't stand for themselves, but capture the heart of the wuxia-genre as much as the narrative events depicted. This becomes particularly apparent in a very emotional fight in which the drama of two lovers comes to bear. While many movies tend to become too hackneyed at this point, "Sword Master" knows how to steer clear of this. In the end, the movie may be a nod to the original on several occasions, but it also walks down its own path, and certainly a modern one as well. Only where it is necessary Derek Yee remains true to the roots: the story. In contrast to China's loud and money-consuming CGI-flicks of the genre "Sword Master" preserves the heart of the wuxia genre and makes you feel the special magic of those movies - freedom, tragedy and extraordinary heroes - much deeper than you were allowed to these last few years. Therefore, it's easy to overlook that the movie would have benefitted from a few final touches and that some aspects of the story are only touched upon. We can only hope that Derek Yee will remain devoted to the genre in the future.