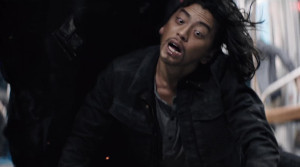 Story: Sang Yu (Wang Talu) has been suffering from insomnia for a long time. He is actually supposed to deliver a screenplay to San Ge (Cao Bingkun), which latter one has been waiting for for ages. But because Sang Yu can't sleep, he is not able to concentrate on writing. In his dreams he gets killed by a blue, humanoid creature over and over again. Soon, the screenwriter loses his apartment and lives on the streets. His only ray of hope in life is the coffee shop owner Hua'er (Song Jia), whom he admires from afar. At some point, however, he feels like he has reached rock bottom and decides to take his own life. The pancake maker at the corner manages to stop him, though, and he advices him to simply remind himself he is just dreaming when he has his next nightmare. Maybe like that he could manage to wake up before he dies. When Sang Yu falls asleep again and the demon-like creature, who haunts him in his dreams, puts a sword through his shoulder, he follows the shopman's advice and actually manages to wake up from his nightmare. To his surprise, however, he is holding the golden sword, that has just injured him in his dream, in his hands - in real life! Sang Yu can't believe his eyes, and when he finds out how much the sword is worth, he can't wait to try out this new method of waking up the next night again. And once more he actually manages to take an object from his dream into the real world. A new life is beginning for the failed screenwriter, one in which he finally dares to talk to Hua'er. 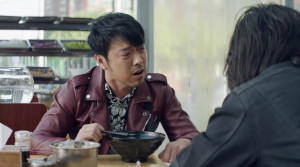 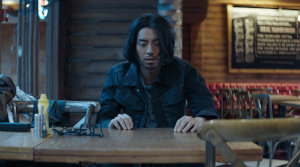 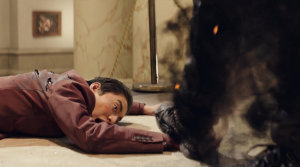 Review: Strictly speaking, this movie is probably only aimed at a very small professional group: screenwriters. After all, Sang Yu is tormented by writer's block which has prevented him from getting a good night's sleep for weeks. But even if you don't notice the focus on the protagonist's mental health, "Super Me" proves to be surprisingly entertaining, and some negative reviews on the internet don't really seem fully justified. Nevertheless, there's actually a big problem with the flick, and ironically, it's the script, because towards the end, it's getting too twisted and tries get across more profound than it is actually entitled to. But as a fantasy comedy, which even includes a subtle romance, "Super Me" is pretty convincing. Luckily, the movie isn't as over-the-top as other typical genre works from China. 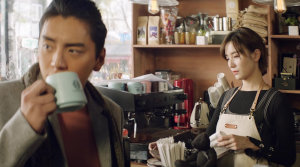 Darren Wang ("Railroad Tigers") plays the failed individual Sang Yu, whose life gets worse and worse until he finally ends up on the streets. In his dreams, he constantly has to face his inner demons, and in the process, he dies every time. But then he realizes that he can take valuable objects with him. Is this a metaphor for the fact that even the best screenwriters steal ideas from their predecessors? From this point onwards, though, the movie's focus is shifted to greed and what it can do to you. Darren Wang has something comic-like about him, but not so much that it would be bothering. In addition, his change of character is presented quite believable. Nevertheless, Sang Yu does not become completely unsympathetic due to his greed, and that is thanks to the love story that kind of grounds him. 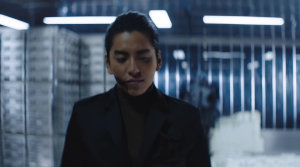 Song Jia ("Shock Wave") plays the love interest, a woman who has been disappointed by life one too many times, who repeatedly had to give up on her dreams - this time it is her coffee shop - and who is now on the brink of depression. For the failed screenwriter, however, Hua'er is the innocent love he has been secretly chasing since he was a young man. The romance is not of that candy-colored nature in which everything is wonderful, instead it seems pleasantly different, since Hua'er is extremely careful when it comes to Sang Yu, who is obviously a rich man. There are even a few moments that remind us more of a drama, but the story doesn't get too sentimental. This is paired with some fun dream sequences, during which the protagonist accumulates more money, and even though he has to die every time he has a nightmare, he becomes more and more self-confident, and later he is even able to influence the powers he has in his dreams. 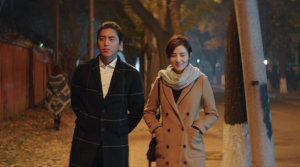 Above all, the special effects are very neat. At the beginning, they are used to create an almost horror-like atmosphere, later they remind us more of a fantasy action flick. The mixture of these genres works surprisingly well and increases the entertainment value. Thanks to the love story, the movie also seems to know what kind of story it wants to tell. You could think that it was about greed, love, and the fulfilment of your dreams, but as in any narrative medium, you also have to have a crisis that needs to be overcome, and that simply cannot just be winning over your beloved. No, instead a gangster organization makes an appearance, and they also want to get a slice of Sang Yu's cake. But with that, the movie's cinematic problems come to the fore, because from this point onwards "Super Me" simply wants too much, and it doesn't feel coherent anymore. Even though the movie had some serious moments before, there is suddenly a lot of bloodshed, life-threatening situations, and overall, the stakes are getting too high. 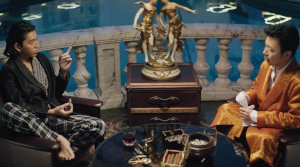 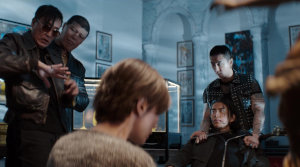 The ending then takes everything to another level. We get a twist, or rather multiple twists, and director Zhang Chong doesn't seem to be able to choose just one ending. Of course, you wonder whether Chinese censorship had something to do with that, which might be why Zhang was not allowed to bring his own vision to the screen. But you shouldn't be too gracious here either, because after all, it is quite clear that some viewers, who until then had felt quite entertained, will be left with some questions, and will also feel a little frustrated with the ending of "Super Me". However, the weird direction the movie takes towards the end doesn't change the fact that "Super Me" is otherwise a decent and fun genre mix. In addition, it has a good pacing, and interestingly enough, it doesn't lose itself in clichés, which we might have feared at the beginning.