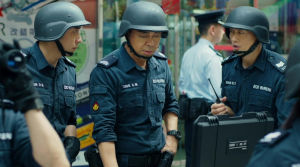 Story: Poon Sing-fung (Andy Lau) is bomb disposal expert and has already become quite famous for it in Hong Kong. Along with his partner Tung Cheuk-man (Lau Ching Wan) he is one day called to yet another assignment. But something goes wrong and one of the bombs explodes. Poon loses his left lower leg but with a prosthesis he quickly fights his way back up into the top league among his colleagues when it comes to physical fitness. But even though he passes the tests, the police do not allow him to return to active duty. Poon lives for his job, which is why he is not only disappointed, but also extremely angry with the police and everyone around him. His colleague Tung gets a promotion and Poon quits his job. Eventually, he also splits up with his girlfriend Pong Ling (Ni Ni). Poon has hit rock bottom in life.
Five years later, a bomb goes off at an opening ceremony at a hotel causing several casualties. Poon was also seriously injured in the explosion and he had previously come into physical conflict with the hotel's security staff. Therefore, he is the number one suspect and under constant observation at the hospital. But Poon can hardly remember anything after the explosion. Shortly afterwards, the terrorist organization "Vendetta" tries to free him from the hospital by force. It comes to a gunfight between terrorists and police, during which Poon manages to escape. While he is on the run, he comes across his ex-girlfriend Pong, who also works for the police. She tells him that he has to complete his mission no matter what. Apparently, Poon is an undercover agent who wants to eliminate "Vendetta"... 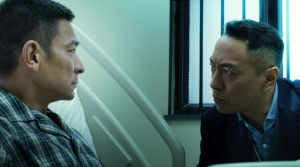 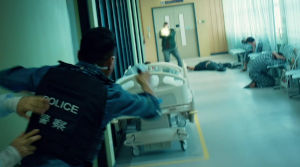 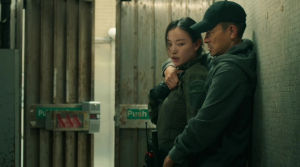 Review: Not to reveal too much, but "Shock Wave" was a pretty self-contained movie. However, that doesn't stop director Herman Yau from creating a sequel in name only and with at least one (or rather two) of the original stars back on board. In recent years, this has almost become into fashion in Hong Kong, which movies such as "Line Walker 2" are proof of. While Andy Lau is back in the spotlight and the movie was clearly tailor-made for him, Philip Keung can only be seen in a smaller role, while Lau Ching-wan ("Mad Detective") plays the sidekick this time. But "Shock Wave 2" is less about the characters and more about the action. It's jam-packed with action, which even makes the first movie pale in comparison. In general, the sequel eliminates some of the original movie's flaws, but standing on its own this flick can easily be recommended to action fans as well. 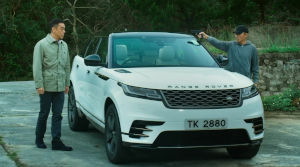 The beginning is by no means stingy with exuberance and spectacle. The entire Hong Kong airport gets blown up right away. The explosion and the scale of the terrorist attack are put on screen with the help of neat special effects quite successfully. But soon the bait factor of the script becomes apparent. Because thankfully, things didn't happen that way, and the hero of the story saved the day. This reveals one of the biggest weaknesses of the script. We get manipulated and jerked around by the script quite often. Sometimes it comes across as "Oh, it didn't actually happen like that. Nope, but not like that either." This seems a bit childish and shows that the script lacks a clear-cut course. On the other hand, it certainly also creates enough twists and turns, so that the events never just dribble away, and you also don't feel like you are just chased from one action sequence to the next. 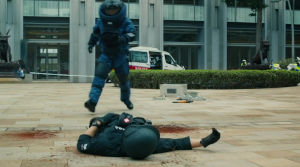 Moreover, the basic premise of the movie is not bad at all, because it builds on the fact that it is not immediately clear whether Poon is a terrorist or an undercover cop. If he really were a terrorist, would he then choose a different path after losing parts of his memory? If that was the case, why? Because he stopped taking his medication (something you could easily miss)? Because his ex-girlfriend, played by Ni Ni ("Wu Kong"), turns up again? But this possible romance, or actually rekindling of a romance, can be neglected, because unfortunately the chemistry between the characters is not particularly great. Especially when it comes to the relationship between Andy Lau and Lau Ching-wan we would have expected more, but everything remains simply decent. Nevertheless, a certain dynamic between the individuals makes the movie always keep its momentum, which is a positive thing. In addition, there are some of the already mentioned twists, which are explained via short flashbacks - but at some point, you get kind of tired of them. 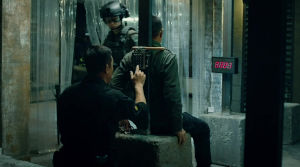 Sometimes, things also get a bit melodramatic. Even though the movie does not stay too long on the demise of certain characters, you still get the feeling that the rapid sequences of some images, which show us the relationship between the individuals, are just supposed to evoke some feelings in us. To no avail. Right at the end of the movie, this happens again when we are shown a final flashback, after which, without any prior warning, the credits start rolling and a mood-wise rather unfitting ballad, sung by Andy Lau and Ni Ni, hammers through the speakers. That's when we are reminded of something that should have been clear right from the start: "Shock Wave 2" wants to make money, by almost all means at disposal. But for most part of the two-hour running time director Herman Yau does everything right. There are a few very nice gunfights, especially the one in the hospital with a high death toll is very memorable, and as a small bonus there is also a police operation with night vision goggles, during which the terrorists look like complete fools. 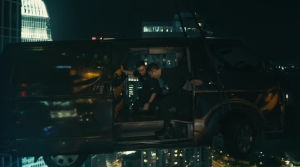 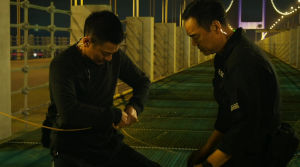 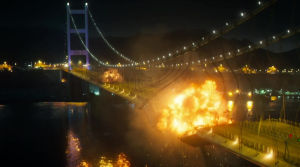 The action is quite varied, as there are also a few chase scenes in which Poon shows some parkour skills right out of Jackie Chan's book. Then, there are naturally the pretty much nerve-wracking bomb defusing scenes, and some explosions that have been implemented convincingly thanks to the good-looking special effects. For its level of action, the movie therefore clearly gets a thumbs up. In addition, "Shock Wave 2" also knows how to convince storywise, even though it struggles with too many flashbacks, red herrings, and a general back and forth, as it still emphasizes an interesting aspect of its protagonist. Is he an undercover cop or a terrorist? And is it ever too late to decide differently in life? This moral question is dealt with quite amicably within an action framework, and that's exactly what gives the movie its own style. Even though it already has its own identity because of the spectacular explosions in Hong Kong. At the moment, there is probably no better blockbuster action movie from the former British crown colony.