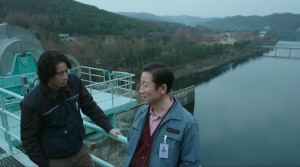 Story: Choi Hyeon-so (Ryu Seung-ryong) is married and has a son called Seo-won (Go Kyung-pyo). Since the family man had bought their apartment with a bank loan, but is now not able to pay the installments, he decides to rent out their current apartment and move with his family to a small village known for its large lake. People tell all sorts of horror stories about this lake. His wife pushes Hyeon-so to look at their new apartment, so he is drunk when he drives to the village where he originally comes from. At the same time, Oh Se-ryeong (Lee Re), the daughter of the respected physician Dr. Oh (Jang Dong-gun), who owns half of the village, runs away from home because her tyrannic father beats her. She runs onto the mountain road and is run over by Hyeon-so. The drunk man panics, drives off with the dead body and throws it off a cliff. The villagers search everywhere for little Se-ryeong while Hyeon-so is now haunted by nightmares and memories of his father, who died under mysterious circumstances. Eventually, the girl's body is found in the lake, and her father, Dr. Oh, does everything he can to find his daughter's murderer. He is on an unstoppable vendetta, and his investigations bring him closer and closer to Hyeon-so, who is then forced to take actions that result into even more tragedy... 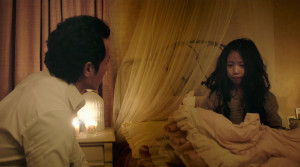 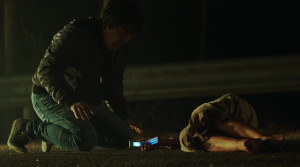 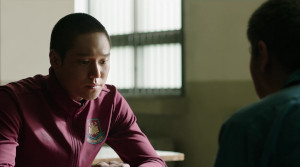 Review: This film noir, which is based on a novel by Jeong You-jeong, chooses an interesting direction, as the two protagonists are neither good nor evil. At the very least, it would be presumptuous to pigeonhole the characters like that. Instead, unfortunate circumstances and bad decisions cause things to get out of hand over time. However, the reason for those bad decisions is actually human weakness. Of course, it's difficult to like characters like these because we don't want to admit that we have these weaknesses too, and that's what makes "Seven Years of Night" a little uncomfortable. We are denied sympathizing with the "hero" of the story, and that's why the movie is probably aimed at film noir fans who are not only able to deal with such difficult feelings but are actually seeking out complex revenge stories. Therefore, this movie is certainly not made for everyone. 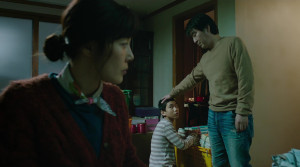 Oh is quickly portrayed as a guy with a temper who tries to hide it behind a cool façade, and who already clashes with the "hero" of the story when Oh doesn't let the drunk driver overtake him on the mountain road. As a result, the drunk driver misses the exit he wanted to take, and so he has to turn around, which then leads to him running over Oh's daughter. The coincidences in this movie are so apparent that they don't seem to be part of a badly written script, instead they are supposed to portray human destiny controlled by a higher power. The intertwined coincidences are also intended to draw attention to the attribution of guilt. Because even if Oh wants to take revenge for the murder of his daughter, she wouldn't have run away from home and gotten herself killed in the first place, if Oh hadn't physically abused her. 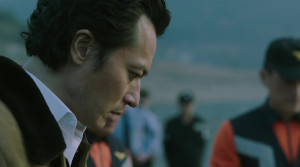 However, the question about who is to blame for the girl's death becomes even more complicated, when we find out that she could have been saved by someone else too if Oh hadn't wrongly accused this person of sexually abusing children. The death of the girl then leads to an attempted murder, which in return claims the lives of some other villagers. All this is pretty fascinating, but the way the story is presented is a bit weird. At first it seems as if the movie wants to make us believe that we have to try to figure out the connections, but then the story just jumps ahead and tells us how things turn out, without giving us the chance to immerse in the circumstances of the murder and the revenge story even to the slightest. This deprives the movie of its arc of suspense, and you have to ask yourself what the story's focus is supposed to be instead. Because it isn't clear at all. 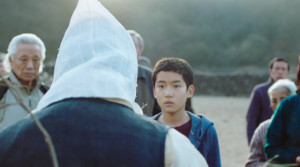 So, although the "how" seems to be at the center of things, what has happened in the past is hardly captivating when we already know the end result. Perhaps the moviemakers wanted to draw attention to the characters. With Ryu Seung-ryong ("Extreme Job") they found the right actor for it too. Hyeon-so nearly goes mad, he suffers almost unbearably from what he has done, and fights for the life of his son. Jang Dong-gun ("Rampant") starts out as a villain, although he understandably wants to take revenge. An act of revenge that, told from a different perspective, could have come across as justified, but when you realize that Oh himself is partly responsible for the death of his daughter, things change a bit. The film doesn't want to simply put the blame on one person. As I said before, this is very brave, but this also leaves the audience hanging in the balance, and you just don't know what to think of the two characters with their respective weaknesses. 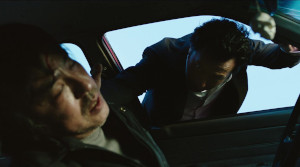 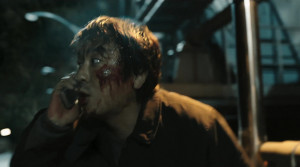 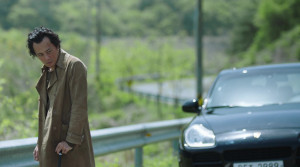 Oh may be the monster here - even though Hyeon-so was the one who murdered a girl - but he actually mourns the loss of his daughter, and as soon as we realize that, the whole construct of the movie becomes even more complex. But cinematically, "Seven Years of Night" is also quite unusual. The stories about the cursed lake and some diving scenes, which are almost reminiscent of a Lovecraftian world, underline the dark mood of film noir even more. With "Masquerade" director Choo Chang-min has already proven to be a capable director, but here, despite the slightly supernatural atmosphere, complex and gloomy feelings as well as the difficult moral question of guilt, he does not really manage to hit the mark. A lot of things just seem, for lack of a better term, too strange, and the decision to combine two timelines was not the best either. Because of its exceptional style, however, the movie still stands out and is a pretty interesting experiment.