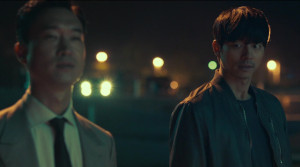 Story: Min Gi-heon (Gong Yoo) has a brain tumor and, at best, only one year left to live. After a scientist of a top-secret project gets killed, Gi-heon's old boss wants to get him back on the secret service. He instructs him to transfer a sample from a laboratory to a new, safe location, as the people who killed the scientist would certainly try to get their hands on the sample too. It turns out that this sample is actually a genetically modified clone which displays extraordinary brainwaves and is therefore able to affect the air pressure around him. More importantly, he cannot die of natural causes. His blood is the key to curing countless diseases. Gi-heon was chosen to protect the clone named Seobok (Park Bo-gum) because the agent can also pose as the first test subject. With the stem cells the clone produces in his body, Gi-heon could maybe have a chance to defeat his cancer, after all. However, during the transfer to a new laboratory, Gi-heon, Seobok and his armed companions are attacked by American mercenaries. The ex-secret service agent and the clone get captured, but they manage to escape. Gi-heon wants to get to his target location as quickly as possible, but with Seobok it's not that easy as he sees the outside world for the very first time and gets constantly distracted. In addition, it soon becomes clear that Gi-heon cannot trust anyone anymore. 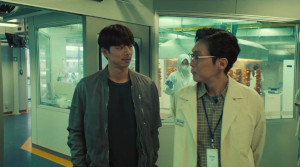 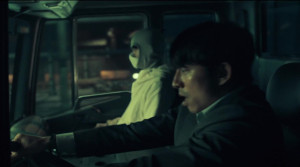 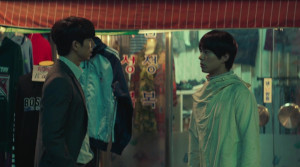 Review: Korea's venture into the science fiction genre was a big deal, and it got mainly kicked off by the movie "Space Sweepers". In our part of the world, however, people probably know little about the fact that there was actually another movie with which the Korean movie industry hoped to break into the genre market: "Seobok". In the end, however, the movie turned out to be a big disappointment for the market, and rightly so. This is surprising, though, because not only are the two lead actors familiar faces, but the director is Lee Yong-ju, who has already put the romantic drama "Architecture 101" on screen, and most critics thought it was a decent movie. Personally, I never really managed to take a shine to the director's movies, and "Seobok" didn't change that either. The flick's biggest weakness is its characters, which are interchangeable and boring. They would have needed more depth as the story tries to ask some philosophical questions. Questions which are certainly interesting, but they are not integrated into a framework worth making a movie out of. 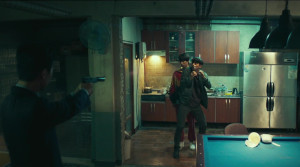 Actually, it is kind of ridiculous what the screenwriters are trying to pass of as a story. And I'm not talking about the general premise. The fact that there is a genetically modified clone which is able to produce stem cells in his body and could therefore cure each and every disease of this world is pseudo-scientific mumbo-jumbo that we can certainly accept in such a genre work. We can even put up with the fact that Seobok's telekinetic abilities actually turn him into some kind of superhero (or villain?). The real problem is that the movie is not getting anywhere for quite some time. Gi-heon and Seobok flee from the mercenaries, next it turns out that there is actually another group of people from which they have to flee, then Seobok desperately wants to go to a specific place... At the end of the day, this means that theoretically, we are always on the move, but we are actually standing still, or rather get more of the same thing. Because we neither get exciting car chases, nor a road movie in which the protagonists start to build a relationship. 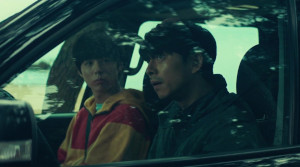 Instead we basically only get scenes with our two protagonists asking themselves questions about the meaning of life, death or mortality. In general, these conversations are quite interesting and even thought-provoking, but strictly speaking, they are also the flick's only strength. However, the problem is that you might as well be watching two people sitting at a table, playing poker, and musing about life and death. Most certainly that would have turned out more exciting because at least, there would have been a game of poker to follow. In "Seobok", however, you constantly ask yourself when something will finally happen! And we wait and wait... And to make matters worse, the two protagonists are also extremely dull. Gong Yoo ("The Age of Shadows") plays a character who is actually quite selfish and who carries a lot of guilt, as we find out later. But that's not enough to make him more three-dimensional than he actually is. In the end, his role would have been the only option to give the viewer some kind of appealing figure in the movie. 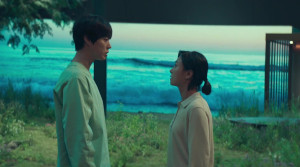 That is because Seobok, played by Park Bo-gum ("Coin Locker Girl"), is a robotic character, and the actor couldn't get more out of the role, simply because it was written like that. But it wouldn't have hurt to let Seobok's character grow over time and make him a little more approachable. Maybe, the movie even tried to do that towards the end, but it is simply too little, too late. Towards the finale, the screenwriters try to squeeze some drama into the story, but who could actually be interested in the fate of those two? Nevertheless, if you manage to keep your eyes open during the entire movie, you will be surprised by a spectacular finale. Surprised is maybe not the right word, because at some point, something simply had to happen. And since it was already made clear at the beginning that Seobok actually has telekinetic abilities, and that his powers are getting stronger and stronger because he no longer takes the drugs, which used to suppress his potential, it was quite obvious that the whole thing would boil down to a superhero finale. 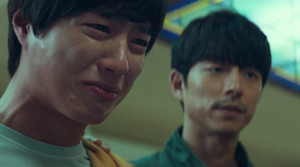 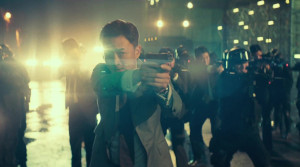 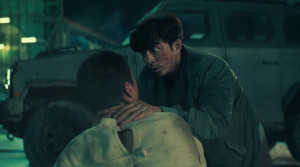 In fact, the showdown is pretty entertaining. But maybe that's only because of how little entertainment we got before. The action and the special effects are quite nice too, but to be honest, this spectacle doesn't really fit the tone of the rest of the movie. After all, as soon as the excitement around the showdown fades away, we are still sitting in front of the same flick. It's a movie which arouses high expectations with its philosophical questions but doesn't manage to satisfy them, a movie which comes up with characters that are flat and unsympathetic, a movie which makes matters worse with its premise and the fact that its story doesn't even know where it wants to go for long stretches, which all gives it a strong B-movie vibe. And sadly, not in an entertaining way. The soundtrack is quite nice and, as mentioned before, some of the dialogues make you ponder over the nature of life and death too. Apart from that, though, there is nothing successful about "Seobok". A pretty big disappointment which sets Korea's venture into the sci-fi genre back by a lot.