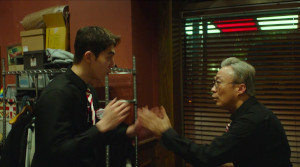 Story: Pil-ju (Lee Sung-min) is more than eighty years old and suffers from Alzheimer's. He works in a restaurant and gets along very nicely with the young man In-gyu (Nam Joo-hyuk). But when Pil-ju's wife dies after a long time in the hospital, he quits his job and wants to put a plan into action that he had already started forging many years ago. During the Japanese occupation of Korea, Pil-ju lost his entire family, and instead of being punished, those responsible lived a life of fame and fortune. Pil-ju put his vendetta on hold because he eventually got married and had a child which he had to take care of. But now his children all have families on their own, and he wants to let justice prevail. However, he needs someone to drive him around, and so he asks In-gyu if he would like to be his chauffeur for a few days in return for some money. Of course, the young man has no idea what Pil-ju is up to and so he drives him to the hospital, where Pil-ju allegedly wants to meet an old friend. But in fact, that's where Pil-ju's first target is located. The old man skillfully manages to avoid all surveillance cameras, but In-gyu, who wants to check up on the old man because he hasn't contacted him for a while, gets caught by a camera. Although his face is not really recognizable, In-gyu is still worried when the news report on a murder and his picture appears on screen. Detective Yeong-shik (Jung Man-sik), who investigates the murder case, turns out to have a very good intuition when it comes to the case and so he gets closer and closer to the truth. In the meantime, In-gyu realizes that he has unknowingly become Pil-ju's accomplice... 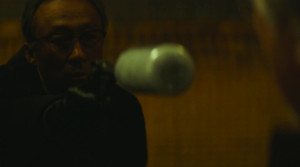 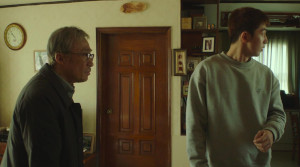 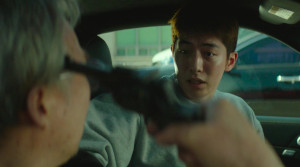 Review: With the stars of today's action movies getting older and older - Keanu Reeves is now closing in on 60, and let's not even start talking about Liam Neeson -, it just seems to be the logical next step to turn an 80-year-old war veteran into an action hero. Well, it's not quite that extreme, because "Remember" is not really an action movie, it's more of a revenge thriller with some historical touches. Pil-ju had to go through a lot during the occupation by the Japanese and numerous war crimes were not even prosecuted. Since he has lived his life and has nothing left to lose, the war veteran sets out on a path of revenge. This mostly works, but unfortunately, the movie pushes the dramatic backstory a little too much, trying to win over critics with more substance than there actually is. 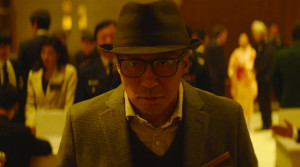 A little bit of drama, or maybe even a little more, is always welcome for Korean cinema goes. Still, as is typical for Korean flicks, the outline is pretty clichéd. At the beginning, the story presents itself quite carefree, Pil-ju is the cool old man who suffers from Alzheimer's but enjoys playing a game of "League of Legends" or "Starcraft" with his buddy In-gyu. While it might be true that this is also part of Pil-ju's personality, it's a hard cut to him being the avenger who mercilessly pursues his goal - which does not only surprise In-gyu who is eventually made an accomplice as his driver. Because of that, you seriously have to question the friendship between the two. In general, the movie misses out on giving its characters some depth. In-gyu, played by Nam Joo-hyuk ("Josee"), has a sick father, whose hospital costs he pays, but apart from that there is no more backstory. 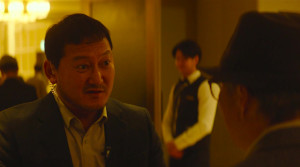 The script deals with Pil-ju similarly sloppy. He has a tragic past, but it is only introduced gradually, which is why we cannot really root for him when the pensioner starts taking revenge. At least, he sticks to his kill list and does not murder anyone else, even if it is the son of one of his victims. We do actually get some action scenes, and they are pretty convincing too, because Pil-ju is still able to defend himself with a few small astonishing moves even though he is not the fastest guy anymore. Each day of shooting Lee Sung-min ("The 8th Night") had to go into makeup for hours, that way he has aged by a few years very believably. And his acting also conveys this. For some faster fights, we get a few gangsters who make life difficult for each other. Although the movie is not an action flick, it offers enough to increase the pace every now and then, if necessary, even by including a car chase with a Porsche. 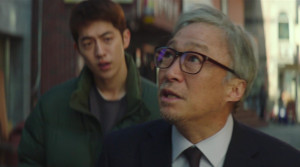 But this also leads to some illogical moments in the movie. Why does Pil-ju get a red Porsche when he is about to let himself be driven to his next murders? Surely, there would be less conspicuous wheels. Moreover, Pil-ju has Alzheimer's, but apart from the end this is only really addressed in two scenes. One is the hook, in a way a preview of what awaits us in the course of the movie, and the other is used at the beginning for a little laughter. Strange. But the pensioner coughs up a little blood every now and then. After all, the tattoos on his fingers - perhaps a shout-out to "Memento" - fulfill their purpose at least once. Of course, the script also offers a few coincidences that are not very believable, for example the son of one of the guys on the kill list is the man for whom In-gyu's father had worked for. But the least convincing is the detective's intuition, as he seems to see through the pensioner far too early. 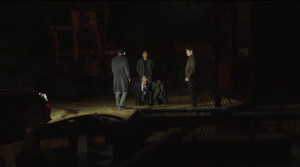 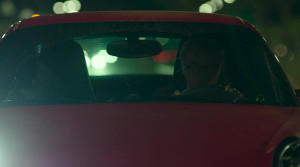 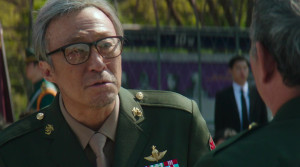 After the light-hearted introduction and the somewhat gripping middle section, there has to be a dramatic finale, of course. Everything is packed in there, from death in a labor camp to comfort women and suicide under Japanese rule. Korea's trauma is represented with Pil-ju in an enhanced manner. Some nuanced thinking can only be found in the villains who say that the chains of the past should no longer bind the youth to an old image of the enemy. Of course, you can't really take that seriously, coming from them. The finale is also a bit too tragic; you can make out the big reveal miles ahead, and In-gyu's actions are actually quite diabolical, even though that's not his intention. "Remember" ends up feeling a few minutes too long, and the connection between Alzheimer's and the warning that you should never forget the past, which is also reflected in the title of the movie, is not used effectively. Nonetheless, "Remember" is still well-produced, director Lee Il-hyeong ("A Violent Prosecutor") does a decent job and the movie will certainly be able to appeal to an audience that has an emotional connection to Korean history.