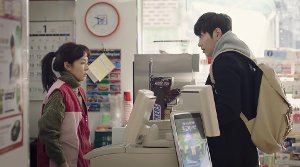 Story: One year ago, Si-hyeon (Sandara Park) had an accident. She lost her memory and in addition to that, she cannot listen to music anymore because she is a synesthete: She sees notes as colors and this makes here dizzy. In a big city, this poses a huge problem, which is why she never leaves the house without headphones. She lives with her friends Ji-won (Hong Ah-reum) and her brother Woo-hyeok (Cho Dong-in). One day, she hums a melody in her sleep. Woo-hyeok writes the melody down and tells Si-hyeon about it. Now she hopes that the melody might help her to bring back her memories. She calls a radio station, where the well-known composer Ji-il (Han Jae-suk) works and helps people to find the titles of musical pieces. Si-hyeon is the only caller he cannot help. Soon he knows why: the song doesn't exist. It is a newly composed song. As Ji-il has not been able to write a new song for some years now, he thinks he finally found a way to be creative again. He visits the girl and wants to make a song out of the melody. He explains that he can help her to be able to listen to music again and to regain her memories. When Si-hyeon hears her own melody, she sees pictures from her past in her head. But does Ji-il really have any interest in helping the girl or does he just want to be successful again? 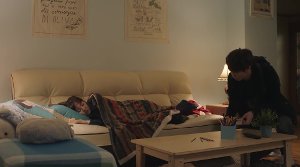 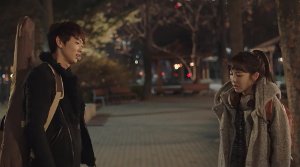 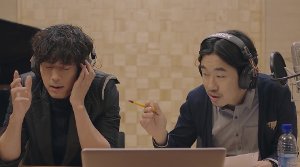 Review: The danger about Korean movies that are part of the drama genre revolving around a musical theme is to become a somewhat stereotypical, hard-to-watch production like "Do Re Mi Fa So La Si Do". But with a director like Juhn Jai-hong, a protégé of Kim Ki-duk, you can expect quite a nice drama. After all, he brought movies like "Poongsan" to the screen. The general premise sounds promising, as well. In the end, the drama falls a little bit short of our expectations, though. On the one hand, this is a good thing as we do not get the romantic drama aimed for a pubescent audience, on the other hand, the director misses his chance to flesh out the mystery around Si-hyeon's past. 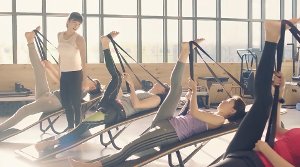 We don't know a lot about the protagonist's past and the little bit we do get to know, is being presented at least a few times. If you have to explain to your best friend why you live with her, even though she obviously knows why, you could just simply address the audience directly through the camera and declare that you are now presenting all the facts available about Si-hyeon. This clumsiness in pushing the plot forward is present at other points, as well. Oftentimes, things are told to us instead of shown. An absolute no-go in this medium. Apart from that, it is just incomprehensible why Si-hyeon's situation is sold to us as something important for the disclosure of her past, only to then leave us hanging without any real answers. This might work with the right story, but in "One Step" you are being denied some kind of closure, for which you actually have been glued to the screen the whole time. 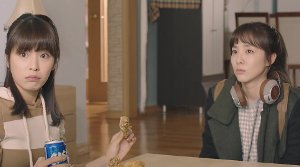 As expected with this story there are some ups and downs, as well. We see a breach of trust and crises, only to then get reconciliation. This is unnecessary because we clearly know right from the start that Ji-il only helps the girl to overcome his writer's block and to produce a hit again. He even tells her so the first time they meet! Therefore, everything else is just a little bit over-dramatical. Furthermore, something like a romantic relationship is constructed between the two of them. However, this plot line is treated quite nicely in the end. Here "One Step" proves rather grown-up and avoids stereotypes. If you started thinking, that all this sounds rather similar - you are right, the movie is loosely based on the Hollywood flick "Begin Again". 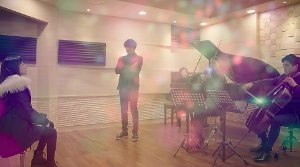 Let's get to the music, which is supposed to play a huge role in the movie. And it does. At times, you have to be afraid that the music might just be another set of cliché-driven heartache ballads breathed into the microphone, but in the end the music proves to be rather nice or at least never interferes with the story. Sandara Park, former member of the K-pop-group 2NE1, has a good voice with an extraordinary acoustic color to it and manages to convince alongside Han Jae-suk, who can sing as well. Acting-wise, things don't look that bad, either, but here the script's weaknesses become apparent. The characters are introduced but apart from that, we do not get much else. Ji-il shows the girl how to deal with her "disease" and that is basically it. The color effects are nicely woven into the movie's pictures but we are missing some sort of creativity and bravery to experiment a little bit more. 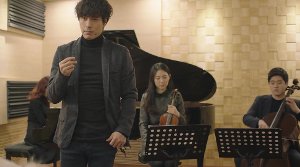 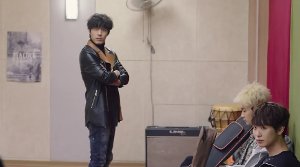 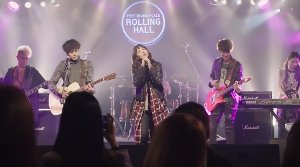 Si-hyeon wants to find out more about her past and therefore, the movie mostly presents itself as some sort of mystery thriller, only to then disappoint and leave us hanging in the end. The supporting characters are present all the time but they remain flat and are not woven into the story meaningfully. Therefore, you have to get used to the fact that you are left behind with quite a lot of frustration. With the title "One Step" the movie does hint at the fact that you only need one small step to get things going in life but to only show us this small step is far too little material for a movie. With a little under 90 minutes, the movie therefore feels a little bit unfinished. This is a pity, as in general, "One Step" is not that bad of a movie. It simply would have needed a little bit more fleshing-out.