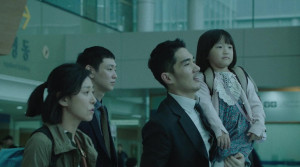 Story: Tae-goo (Um Tae-goo) works as the right-hand man of gangster boss Yang (Park Ho-san). The Bukseong gang, which is much bigger and with which Yang keeps clashing, wants to win over Tae-goo, but he is not interested. When one day Tae-goo's sister and her daughter come to visit, they get killed. The assassination was probably aimed at Tae-goo, and now there is nothing to prevent him from taking revenge. After Tae-goo brought down the Bukseong Gang's boss, Yang is arranging everything for him to leave the country for Russia. But first, he is supposed to go to Jeju Island and hide there for a week. There, he stays with a retired gangster who still sells weapons, though. His niece Jae-yeon (Jeon Yeo-bin) is not at all thrilled about who they have to host, and with her cold, distant nature she constantly lets Tae-goo know how she feels about him. Apparently, she suffers from a fatal disease and does not have long to live anymore. Her uncle is therefore trying to make money so that she can afford a surgery in America - which is her best chance to maybe live a long life after all. In the meantime, Ma (Cha Seung-won) moves up within the ranks of the Bukseong gang, and he wants to take revenge on Yang. But the war between the gangs has to come to an end at some point, so with the help of a corrupt politician as a mediator, both gangs agree to send Tae-goo to his doom and make peace afterwards... 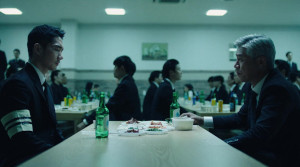 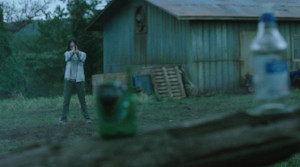 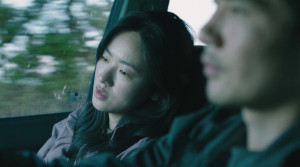 Review: At first glance, "Night in Paradise" seems like one of those countless revenge stories in which a gangster loses everything and no longer cares about what happens to him as long as he can get his revenge. However, this part of the story is only the introduction. The actual events take place on Jeju Island, where the gangster could basically spend a pleasant holiday surrounded by a wonderful landscape. If he were actually able to enjoy life. But how could he, after losing his sister and niece? So, the story develops more into a drama in which we get to see and feel the protagonists' emptiness. Yes, protagonists, plural, because there is also Jae-yeon, a soulmate, so to speak, as she does not have anything to live for either. Simply because her disease doesn't give her much hope for living a long life. Therefore, this revenge thriller is basically a film noir in which two individuals deal with their pain and support each other mentally. 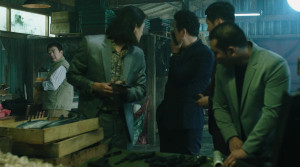 In terms of the relationship between the two protagonists, however, the movie once more differs from the usual genre works. There is no love story here, even though the director hints at the path the movie also could have taken. But especially Tae-goo is not open to something like love. He is always ice-cold and doesn't really come across as the hero of the story, instead he seems more like the antagonist. Then again, there are a few scenes, like the one in which he wants to stop Jae-yeon from putting a bullet into her head, in which it becomes clear that he still cares about some people. Um Tae-goo ("Coin Locker Girl") is perfect for the role, because he just doesn't have a face that would show up in the next beauty-product commercial. Visually, you just instantly buy that he plays a criminal who knows no other way of living than the dog-eat-dog gangster life. Nevertheless, you also doubt that you'll get to see a finale in which he slaughters his way through his opponents. 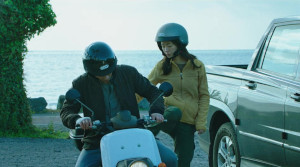 Here, "Night in Paradise" actually breaks with its genre tropes while it cleverly makes use of them too. On the one hand, there is the fact that the movie first shows us images dominated by gloomy colors, but later on Jeju Island we get sand beaches, the sea, and a blue sky as well as palm trees here and there. "Deliver Us From Evil" recently also used an exotic setting to bring some color into the well-known film noir genre, but "Night in Paradise" uses its setting more as a contrast. We are still in Korea, but it somehow also feels far away from the normal world, it is a place of contemplation, even though the story's heroes aren't really open to something like that. And yet the relentless hardships of a gangster life also befalls this world. It is these scenes of tranquility mixed with the imminent evil that make the movie special. 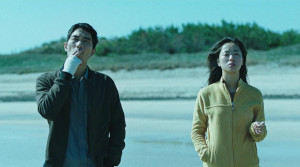 As a matter of fact, the thriller even seems a little underwhelming at first. Until the finale, the deviations from the film noir genre are quite neat, but what happens on the screen can't really be called great. But with the showdown and the following credits everything actually falls into place and the movie gets an unusual density. As if, metaphorically speaking, the colors simply get a bit richer than they normally are in your typical genre work. "Night in Paradise" continues to have an effect on the viewer after the credits roll, and the movie surprises with its finale, at least in some respects. We don't get the showdown that we would normally expect, instead we are left behind a little perplexed, until we realize that the hunch we had at the beginning, in which direction the movie could actually go, was not that wrong. It is a tragic story with something bittersweet to it, and this gets more clear to us with every passing minute. 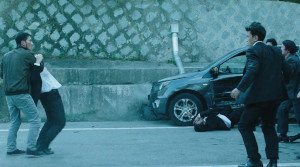 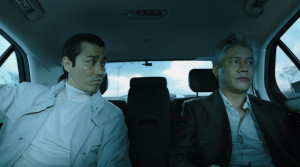 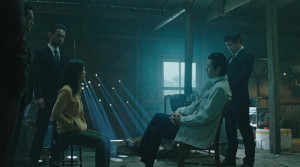 Fans of gangster thrillers will definitely get to see some pretty violent scenes, and director Park Hoon-jung has already delivered good genre work with "New World". Here, however, he shows that he has evolved with movies like "The Tiger: An Old Hunter's Tale", and that he is now able to give the genre his own spin. Jeon Yeo-bin ("Vincenzo") as another unusual (anti-)heroine adds to the movie as well, while a fitting soundtrack, which fortunately manages to not include a waltz-inspired piece for a change, completes the positive overall picture. In addition, the multi-faceted portrayal of the intimidating villain, played by Cha Seung-won ("Blades of Blood"), also convinces and is another small proof of how effectively the movie works with both well-known and new versions of archetypes. Unfortunately, this production, which was released on Netflix, turned out a little too long, and you are left wishing for a deeper insight into the psyche of the protagonists. But apart from that, this is clearly one of the best Korean gangster flicks of recent years.