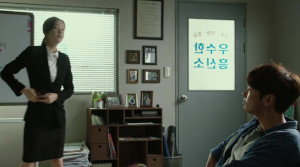 Story: An employee of the Chinese secret service allows a large number of firearms to be smuggled out of the country. He thought they would be taken to North Korea, but he was wrong. They are smuggled to South Korea, where the black market is soon supposed to be flooded with firearms. After China has eliminated the person responsible in its own ranks, they want to do some damage control. They decide to send the newbie Yoo Da-hee (Lee Sun-bin), who is supposed to find the gunrunners. But in truth this is just a suicide mission, even though Da-hee is not aware of it. It is supposed to look as if China even lost one of their own agents during the mission, so that South Korea could not blame China's secret service for the mess. In Korea, Da-hee is supposed to meet the contact agent Ama, who has already rented a shelter from the private detective Woo Soo-han (Kim Young-kwang). But then, Ama gets seriously injured in a car accident and is in a coma. Da-hee therefore mistakes Soo-han for her contact, and when she gives him the down payment for his assistance, he is immediately prepared to help her with the case, even though he has no idea how big things will get. And despite the fact that the private detective does not take the whole thing as seriously as he should and that Da-hee has actually just finished her training, the ill-matched team is soon able to get their hands on some important information. However, the two don't know who they are messing with... 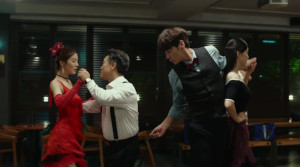 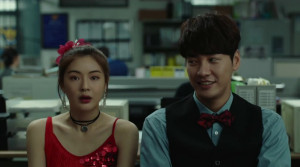 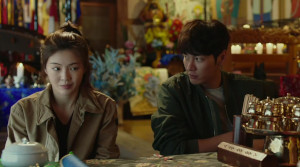 Review: My first reaction to movies with titles like "Mission: Possible" is to raise an eyebrow, and normally I would avoid a flick with a name like that. It already cries out for slapstick, and the movie poster doesn't make it any better. Nevertheless, some good reviews made me watch the comedy and after all, sometimes you just need something light-hearted after a busy day. And you actually do get slapstick - but it almost always works. The timing is certainly one of the reasons for this, but it is mainly due to the two actors, as they are never seriously embarrassing themselves. Instead, it's the situations they find themselves in which are embarrassing. This makes a big difference, and so the investigative duo manages to guide the audience through a story full of misunderstandings and wrong conclusions, without the viewers being bothered by it. That alone is a remarkable accomplishment, but then you are also rewarded with some excellent action as a bonus. 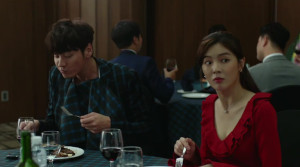 Another cause of concern was that the movie might end up being a romantic comedy or maybe even focus on some dramatic aspects towards the end. But none of this is the case. Above all, "Mission: Possible" scores points by keeping up the cheerful tone throughout the entire movie, even during the more hardcore action towards the end. With that, director Kim Hyung-joo succeeds in doing something in his debut work, that most of his colleagues still have problems with after years of experience. As far as the supposed romance is concerned: There is none! Sure, you could read something into the duo's relationship, but realistically speaking, we are dealing with a buddy movie. The movie's biggest strength is therefore also the two protagonists' chemistry. Rarely does it work as well as it does here. Actually, it doesn't really matter how the story develops, as long as the two somehow wreak havoc together. 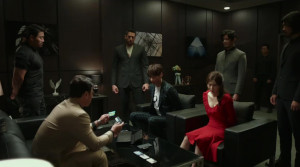 Kim Young-kwang ("The Soul-Mate") plays the private eye, who is apparently quite incompetent, until it turns out that he has actually gained a lot of experience in his job. Da-hee, played by Lee Sun-bin ("Rampant"), thinks he is her contact and therefore a capable agent, that's why she comes to him with assignments that should become a problem for a private detective, but as long as he gets enough money, he always finds the right contact to help them move forward. Another thing that was nicely done is how there are always situations in which the detective should actually lose his life, but then he manages to show us how extremely capable he is after all. This especially applies to physical confrontations, like a fight in a kitchen, in which he utilizes the equipment and interior Jackie Chan-style. The reason why he is not as incompetent as he pretends or appears to be at first, is something we get to know later. 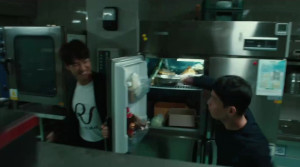 The story itself is full of developments, even though one or two of these may be a bit hackneyed or not all that believable. However, as I said before, the investigative duo easily manages to smooth out the script's bumps, and the dialogues between the two, or rather the way they present them, create the movie's special charm. The two are likable a 120 percent from the very get-go, and this is also due to the fact that they do not fall back on stereotypical roles, which you might have expected when you see them for the first time. With regard to those stereotypes, however, it also needs to be said that these are often picked up in order to deconstruct them in a humorous way. This is noticeable, just to name one example, at the end, when a duel tragically falls through because of a misunderstanding. In other respects, the movie is filled with a lot of humor too, which mostly works pretty well. Only a few times it comes close to what could be considered too much of a good thing. 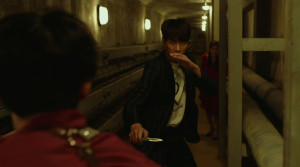 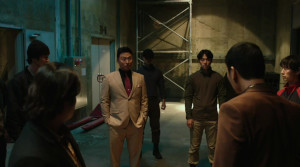 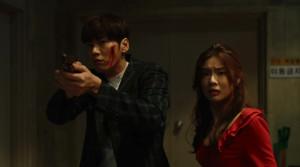 But the biggest surprise in "Mission: Possible" is the action. Towards the end it even gets really violent, and there are some nice gunfights. The real highlight, however, are the knife fights. Since "The Man From Nowhere" you probably haven't seen a fight like this in a Korean production anymore, a fight in which the pace, the dynamics, the tactics, and therefore the suspense are so well coordinated that you are simply glued to the screen dumbfounded. Ultimately, action fans will really get their money's worth. In terms of craftsmanship, the movie is therefore quite well done, the humor works (even though, for my taste, the slapstick could have taken a backseat a little more - see end credits), the great chemistry between the two actors turns the flick into a successful buddy movie, and there is also some nice action. As is customary with movies like these, a possible sequel is also hinted at. Unlike with similar works, this might not even be such a bad idea, although the fact that "Mission: Possible" works so amazingly well is a good reason to just let it stand by itself.