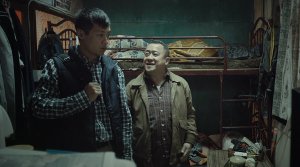 Story: Tung (Shawn Yue) suffers from bipolar disorder. He has been in a mental hospital for a year and is now supposed to be reintegrated into society. His father (Eric Tsang) takes him home, a small room in Hong Kong which they both have to share from that day onward. Like all the other people around Tung, his father, too, doesn't understand his illness. The father expects his son to become violent at some point, but Tung actually just wants to find a way back into life. The trigger for his illness has been the death of his mother (Elaine Jin), which according to a court's decision was an accident. Tung has taken care of his mother all by himself since his father left them and his brother emigrated to the US. He even gave up his marriage with Jenny (Charmaine Fong) for his mother, who he didn't want to send to a nursing home, even though he had to endure mental abuse by her. He now hopes to get back together with Jenny, but things aren't that easy. Moreover, he also realizes that his father didn't have an easy life either. He slowly establishes a relationship with him, but then his mental health gets worse again so that it almost becomes unbearable for his father who toys with the idea to hospitalize Tung again. 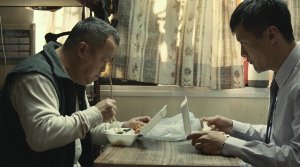 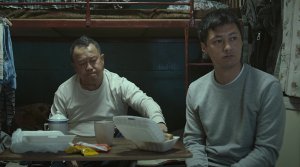 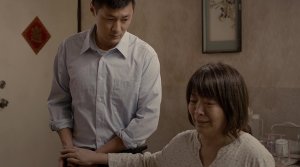 Review: "Mad World" is a character-centered drama, the kind of you probably didn't expect coming out of Hong Kong. There is also a certain indie flair to the movie, also because of its leisure pacing, which doesn't come as a surprise, because all in all this is exactly that kind of movie. Yet, nowadays, with all those polished and well captured pictures, this isn't easy to make out anymore. And with Shawn Yue and Eric Tsang there are also some A-list stars who got on board. The drama doesn't just tell the story of the psyche of one individual, but also takes a look on the social ills in Hong Kong society. Since the story is constructed meticulously, those themes don't overload the picture at all and you constantly find out something new. Thus, this drama in fact never gets boring. 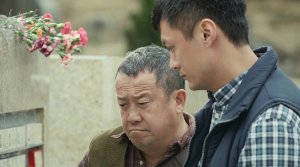 At first, you believe to be watching a movie which is supposed to show us father and son suffering equally and through this pain eventually start bonding. Both of them regret the decisions in their lives and are looking for absolution. Even though this might to some extent be true director Wong Chung doesn't make his story look so familiar as it may sound. Particularly nice are the different shades of grey. In the beginning, the viewer might think that there is something wrong with Tung, after all he has been in a mental hospital and his mother died under very odd circumstances, but soon we realize that the people around Tung are in fact even odder than him. To be precise, no one really understands his illness and even his father doesn't know how he should act around his son. He even hides a hammer under his pillow, in case he needs to defend himself against Tung. 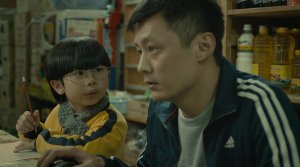 Of course it hurts to see something like this and you just have to start sympathizing with Tung because of this. Things don't get any easier for him either since his apathetic staring at the TV or his breakdown in front of a chocolate bar shelf naturally frighten other people. What you don't understand frightens you and barely anyone knows something about bipolar disorder. Since there are two extremes with this illness, meaning there aren't just episodes of depression, but also of euphoria, it's strange that latter ones can only be seen rarely. On the other hand, it's also easy to understand. Director Wong or screenwriter Florence Chan probably wanted to avoid putting the story's credibility at stake or drift into unintentional comedy because of too many shifts. Ultimately, the suffering of the characters remains credible at all times. This is also the effort of the outstanding actors. 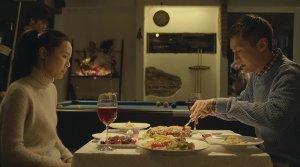 Shawn Yue ("Wild City") cuts a truely fine figure and especially during the scenes in which Tung lives through his depression he manages to give his character nuances despite the space he is allowed to work in naturally being rather small because of the illness. But there are also moments during which he comes out of his shell and the fact that those scenes don't stand in a noncredible contrast to the rest is also his achievement. No less impressive is Eric Tsang ("Aberdeen") as the father, giving an extremely naturally seeming performance. Particularly during scenes in which the father doesn't know how to react Tsang proves his keen sense for authenticity. "Mad World" constantly gives us glances into the past and how Tung suffered under the mental abuse of his sick mother and what he gave up for her. After all, his girlfriend left him because of his mother, too. Moreover, the editing is very well done and glues everything together to a whole. 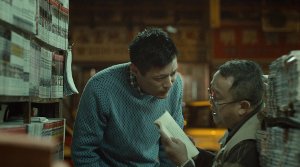 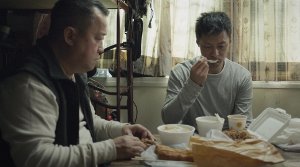 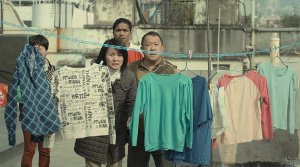 Other themes which are explored only in the background get some space as well. For instance, there is the financial situation of simple workers in Hong Kong, the terrible living conditions, the speculative stock trading of bankers, videos going viral and even religion as a way of attaining - here somewhat dishonestly - absolution. In the end, the drama might stray a bit away from its character-centered focus in the end, but in no way the kind of which inevitably would have been the case in the hands of a less skilled director. The pacing may be leasure and the ending naturally doesn't provide us with a sample solution, but latter one just makes the story even the more believable. Therefore, it doesn't come as a surprise that "Mad World" has already taken home quite a few awards and has put director Wong Chung into the center of interest. It's nice to see a more profound drama coming out of Hong Kong for a change.