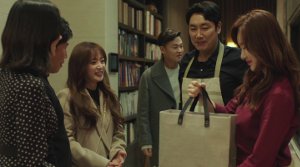 Story: Seok-ho (Cho Jin-woong) is a plastic surgeon and his wife Ye-jin (Kim Ji-soo) a therapist. They have a daughter who has a lot of problems with her mother's need to control everything and everyone. But for now, they just want to forget about all their problems and have a nice dinner with Seok-ho's old friends from childhood. Tae-soo (Yoo Hae-jin) is a lawyer and neglects his wife Soo-hyeon (Yum Jung-ah), who therefore joins a poetry club. In addition, she has a problem with her mother-in-law living with them. Then there is Joon-mo (Lee Seo-jin), the group's womanizer, who is now married to veterinarian Se-kyeong (Song Ha-yoon). The fourth man at the table is divorcé Yeong-bae (Yoon Kyung-ho), who comes alone to the dinner because his girlfriend is sick. Sitting at the dinner table and joking around, they talk about the fact that cell phones contain all secrets of our lives. That's why somebody suggests a game: All of them have to put their cell phones on the table and they have to read out loud all incoming text massages and answer phone calls via speaker. Because nobody wants to be accused of hiding something, everyone agrees. Soon the game shows that there are some secrets between the friends that should not have been uncovered... 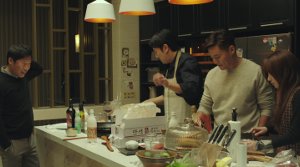 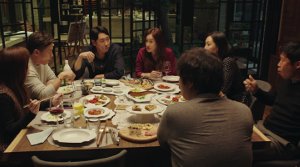 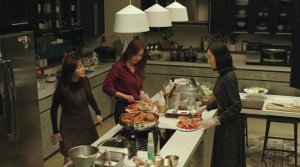 Review: "Intimate Strangers" is one of the most interesting comedies in years. The only problem you will have with the movie is the fact that the twist at the end will leave you unsatisfied. But more on that later. First of all, you have to praise the fast pacing, the well-done humor and the almost palpable tension which is constantly created. After the characters have been introduced, the movie proves to be extremely funny, but with the start of the game, an incredible suspense factor is added as well. Of course, you know that this game will inevitably end in a drama. But finding out in what way, is what establishes the movie's appeal and its high entertainment value. Despite its humorous tone, you can't even rule out the possibility of a murder happening at the dinner table. This uncertainty, the mixture of comedy, drama and a little bit of thriller alone is what makes "Intimate Strangers" recommendable. And on top of that, there is a brilliant cast. 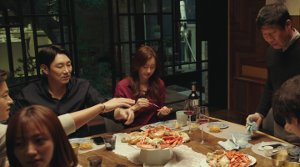 The dramedy's rhythm is a little bit weird, not in a bad way, but still a little peculiar. Once the credits roll, you realize that you are dealing with a remake of an Italian movie ("Perfetti sconosciuti"). The original has been reimagined by numerous countries and "Intimate Strangers" does not simply portray problems familiar to people all over the world - the cell phone as a black box and administrator of all our secrets -, but it also puts focus on genuine Korean problems. For instance, the way adultery is dealt with. You almost get the impression, that every man at the table is unfaithful and that it is a completely normal thing, as long as it doesn't come out. Then there are plastic surgeries and cases of fraud in which investors are cheated out of their money. And then there is also the way elderly people are taken care of: it used to be completely normal that they lived with their child and the respective spouse, but now this Confucian life-style has changed, too. 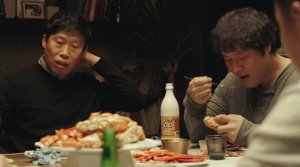 Director Lee Jae-gyoo works his way through a lot of topics and shows that he knows his way around various genres, may they be dramas ("Damo"), comedies ("Beethoven Virus") or thrillers ("The Fatal Encounter"). Everything fits quite nicely. Especially the topic homosexuality gets a lot of attention as it is still a big taboo in Korea. While more and more secrets come to light about the characters, you cannot help but find the tightly packed script a little bit unbelievable, though. Which is strange because the characters, however, seem pretty believable and true-to-life. You can keep them apart without a problem because they get a good amount of screen time. Some characters are more shallow than others, but all the actors have great chemistry with one another and manage to carry the movie so that two hours seem to pass by in the blink of an eye. Various funny and dramatic situations are portrayed pretty realistically, as well. However, the director overdoes things a little bit, so that in the end, you think you are clearly watching a drama. 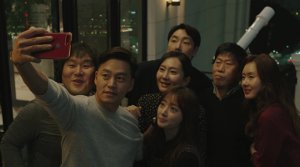 Special kudos go to the actors Cho Jin-woong ("The Spy Gone North") as a loveable plastic surgeon and father, Yoo Hae-jin ("Luck-Key") as the alleged cheater who doesn't love his wife anymore and Yum Jung-ah ("Cart") as his wife who turned to poetry out of disappointment. There is a smoldering atmosphere at the table and each text message or phone call immediately raises the tension. The masks we are wearing get more and more obvious, as soon as part of the truth comes out, and at some point, the friends' only goal is to perform damage control. The men seem to do little finger-pointing amongst each other because they have a mutual understanding for each other, which doesn't mean that they feel less hurt, though. There are scenes which seem like they were taken from real life and this allows us to overlook the tightly packed drama elements. 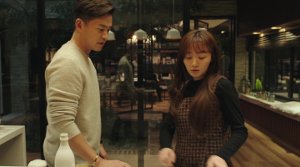 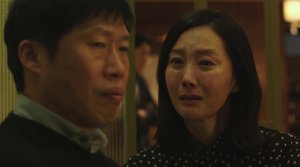 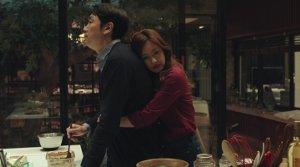 Due to a lunar eclipse taking place, "Intimate Strangers" also gets something otherworldly. It seems as if the moon transports the evening in some sort of otherworld in which only the truth can endure. A fascinating trick. Until the twist comes along. You cannot help but feel a little bit betrayed. However, the plot was bound to end up in a catch-22 situation. Because the movie's message apparently can only be one of two: a trivial "in the long run, lying is more harmful than it is helpful" or a "lying keeps our social life going". But "Intimate Strangers" actually tries to choose something in between the two. Probably a praiseworthy approach, but it is just bad for the movie. You are left behind unsatisfied, but at least you get something to think about. Despite these shortcomings, the movie is an extraordinary genre-mix, because it is funny, full of suspense and never gets boring. In addition, "Intimate Strangers" is a movie which - for the most part - diverges from the norm in a positive way. This is more than enough to deserve a recommendation.