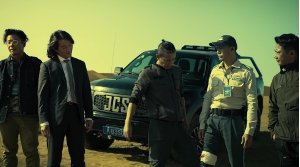 Story: Lion (Ekin Cheng) leads a group of specialists whose members are also his blood brothers. The assignment to kidnap a man who is about to present a groundbreaking medication proves to be rather tricky for him, Crater (Jordan Chan), Bill (Michael Tse), Mouse (Jerry Lamb) and Calm (Chin Ka Lok). Unfortunately, their target dies in the process and they swear to never take on dubious missions like that again. A little bit later, they get the opportunity to steal a heavily guarded truck which is loaded with medication. Lion's friend, who takes care of seriously ill children, could use this medication very much. The heist is successful but the truckload proves to be something completely different: gold. It turns out that a member of the group was a traitor and was in cahoots with their employer who himself played both sides of the fence. There is a gun fight and a getaway, during which the group's adoptive father (Eric Tsang) gets shot and Lion ends up in prison. As soon as Lion gets out, the group gets together and talks about what to do next. They want to confront the traitor who, in the meantime, shot his employer, took all the gold and went underground. Word is that he soon will show up at an automobile exhibition. However, now it is not only Lion and his men who want to find the traitor, but also the people from whom he stole the money... 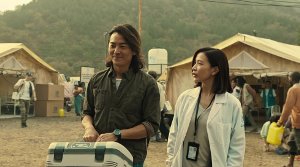 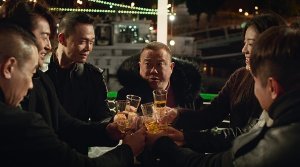 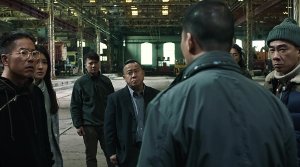 Review: Everybody who hasn't heard of "Young and Dangerous" yet hasn't seriously dealt with Hong Kong cinema in general. The action drama brought about an entire film series and numerous spin-offs and, admittedly, it is strange that there is not a single article about these movies on this website, because even if the 1996 movie was criticized for glorifying the gangster life - which almost every HK flick did back then - it still was quite successful. "Golden Job" rides this nostalgia wave and gets the core cast back together to create an action movie, which first comes along as a heist movie, but then unmistakably turns into a HK flick about brotherhood and betrayal. A positive aspect to mention is the action, because the more the movie turns into an old school Hong Kong flick towards the end, the more "Golden Job" knows how to please its audience, especially because we don't have to focus on the mediocre plotline anymore. 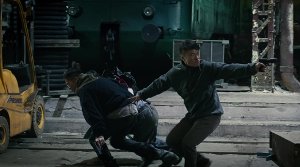 However, the precisely planned kidnapping at the beginning as well as the ensuing gold robbery seem like an imitation of "Ocean's Eleven", only that it takes place at various international settings. With entertaining yet forgettable contributions to the genre like "The Adventurers" China isn't new to these kinds of expensive blockbuster productions. But "Golden Job" is not really enthralling in that respect. The plans might be well thought out, including diversions and some useful gadgets which make a gangster's life easier, but the basic concept has been used far too many times already. The friendship between the gangsters seems more promising as it gives the movie a touch of a Hong Kong flick. A brotherhood which is obviously being betrayed leading to a revenge campaign. That's all well and good, but the characters remain extremely plain. Each one can be pegged as somebody we already know from similar movies. 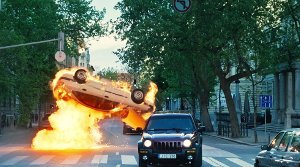 The friends are and will always be gangsters, nevertheless the movie forcedly tries to make us believe that deep down they are good guys. They steal to get medication for poor African kids. Fair enough, but in the next moment, they have car chases without any regard for other road users. You don't want to know how many pedestrians are actually getting hit by cars hurtling through the air. And even if you wouldn't be a stickler for details, the characters lack attributes to make them into real people. There is no chemistry between the gangsters and therefore the topic of brotherhood is over and done with pretty soon. A few cool camera shots, in which the gang walks through the frame together are simply not enough to make the audience emotionally care for their fates. Eric Tsang ("Mad World"), in the role of the "father" who tries to keep the group together, cannot change that, either. 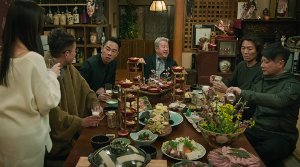 To be honest, the story is rather worn out and you can see most of it coming, as well. That's why the plot only serves the purpose of showing us action scenes at various places all over the world. Above all, there are some nice chasing scenes to marvel at. The only problem is that more than half of those scenes are so over the top that you can see where they were created: on the computer. At some point, that gets pretty disruptive and even annoying. However, you almost have to expect this from a China production, but Chin Ka Lok, who is also playing the role of Calm, takes over the director's chair after sixteen years and definitely wants to shoot a Hong Kong movie. That's why effects like this don't really fit in here. The finale, on the other hand, choses to take on another tone and surprises us with great action sequences which we would have wished for for the entire movie: gun fights in which bullets are flying around the heroes' heads without it stopping them from making sure that they look cool. 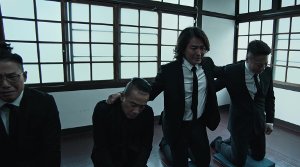 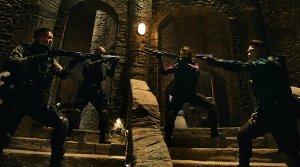 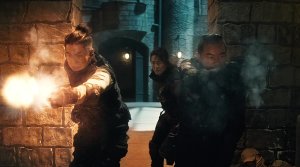 So as soon has you managed to recover from the moronic plotline that the same guys from whom the gold was stolen now approach our "heroes" and want them to get the gold back - which is located at a fortress on a small island in Montenegro, which must have cost more than the gold was actually worth in the first place; and in addition, there's also the payment for numerous mercenaries -, there is an action-packed finale, which is very well choreographed and just fun to watch. Suddenly, "Golden Job" feels like a completely different movie. If the rest would have been on the same level, you could have ignored the fact, that movie oftentimes relies too much on the nostalgia factor by referring to the "Young and Dangerous" series. Like the song we hear during credits, which is from the movie back then. However, even if the rest of the picture is mediocre, for a HK fan, the showdown alone is almost worth giving "Golden Job" a chance.