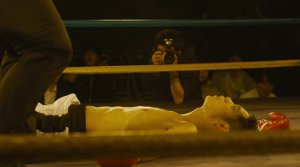 Story: Leo Katsuragi (Masataka Kubota) is a promising young boxer, but one day, somebody unexpectedly knocks him out. He goes to the doctor and an MRI shows that he has a tumor in his head. He is not expected to live much longer. He wanders through the streets apathetically when suddenly the girl Monika (Sakurako Konishi) runs past him and a man follows her. She screams for help and therefore the boxer knocks the man out cold with a straight punch. To his surprise, the unconscious man is a police officer called Otomo (Nao Omori). Otomo is corrupt and he forged out a plan with the yakuza Kase (Shota Sometani) to steal drugs and to put the blame on Monika. Monika, on the other hand, pays off her father's debt by working as a prostitute and she was made compliant with drugs. This is why she didn't actually run away from Otomo, who was in fact her client that day, but from a hallucination. The boxer Leo now finds himself in a tricky situation, but stays at Monika's side to protect her. Kase and detective Otomo don't seem to be able to put their well-wrought plan into action anymore. When Kase then has to kill Juri's (Becky) friend, where Monika was accommodated at, in order to eventually take possession of the drugs, he manages to put the blame on the triads. They, on the other hand, have already tried for quite some time to challenge the yakuza for their territory. What must be, must be: a bloody confrontation between the two parties seems to be the only solution. 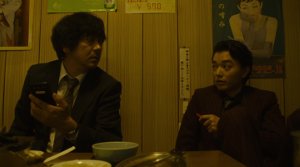 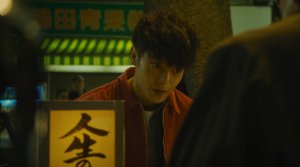 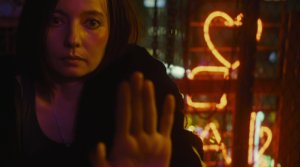 Review: The crime movie "First Love" starts out rather slow because it wants to introduce its various characters. At this point, it is not clear yet into what direction the film wants to go. However, the topics are familiar and only a few scenes - for instance, when a head rolls across the streets - give the impression that you shouldn't take things too seriously. If you know director Takashi Miike ("Blade of the Immortal"), you might already be aware of the fact that actually everything is possible in his movies. And that's exactly what we get here: After the first half of the movie, the pacing picks up by a lot, the characters, which were presented to us before, start to meet in all kinds of different ways and we descend into a controlled chaos, which mixes well-known elements in a refreshing and new way. It has to be mentioned that the black humor also provides a nice balance to the rather violent moments, so that "First Love" seems somewhat comic-like as well. A well-done mixture. 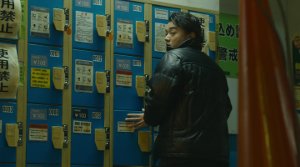 The biggest point of criticism, which is that the introduction takes up too much time because there are simply a lot of characters who are relevant for the story, has to be amended after seeing the second half. If Miike had not taken his time with the introduction, the rest of the movie hardly would have interested us. Now, we know about the characters' motives and we can root for them or hate them. Even though, it is pretty hard to hate somebody in "First Love". The characters are way to quirky and each one contributes to the general tone of the movie, so you simply can't help but also like them a little bit. Let's take Kase as an example: He is a cold-blooded killer, but when he gets hurt and drugs get into his wound, he quickly turns into a caricature of himself. Or Juri, who is a real powerwoman when it matters, but then barges in on the Yakuza completely furious and beside herself, ignoring the fact that several guns are aimed at her. The only thing that matters to her is taking revenge on her friend's murderer. 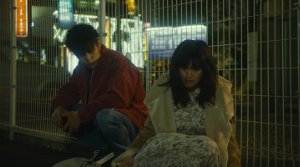 Then there are the two actual protagonists. Masataka Kubota ("Tokyo Ghoul") plays a boxer, who seems rather bland at first and who doesn't really care about anything after he got to know that he doesn't have long to live. Leo's decision to help Monika actually arises from a fortuneteller's words. For the most part, this is what starts the actual machinery of the plot. Monika, portrayed by newcomer Sakurako Konishi, is also a rather flat character. But through their interaction the two characters get more elaborate and colorful, so that in the end, they actually manage to carry the movie quite nicely. Monika is traumatized by her childhood or rather by her father. The latter always chases her in his underwear, but when Leo gives her sort of traditional music to listen to, her father starts to dance along in front of her in a subway. She is still scared, but she also has to laugh. This strange, but acting-wise also very convincing, scene is characteristic for the unusual mixture of genres and emotions which Takashi Miike puts on screen. 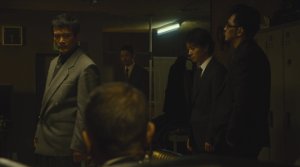 Eventually, everything ends in a well-done finale, during which all characters encounter each other, mostly in a pretty bloody way. Limbs get severed and heads start rolling. All this could make you sick to the stomach, but you are actually not supposed to take those scenes seriously. Should there still be any doubt about that, the director decided to show us a spectacular getaway scene in form of a drawn comic and therefore once more proves that he is able to skillfully combine various genres. The rivalry between the yakuza and the triads finally finds its climax in a swordfight, which is a nod to "One-Armed Swordsman" as the triads' boss only has one arm while the yakuza boss fights with a katana. The sword fight is not that outstanding, same goes for the gunfights, but they are captured in an original way and this is why they are a lot of fun to watch. 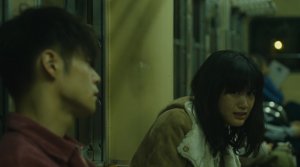 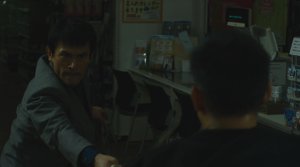 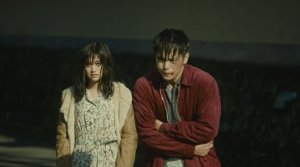 The action is accompanied by a rock-heavy Jazz soundtrack. Which is an obvious analogism. I, for one, have no use for Jazz because everything sounds rather chaotic and nothing seems to fit together. Connoisseurs, however, can indeed detect a particular structure in this alleged chaos. Same goes for "First Love". Well-known themes from yakuza crime movies and dramas are mixed together, but the experienced director also lends a distinctive character to the movie and creates an unusual overall picture. The finished product is therefore a whole lot of fun, at the latest starting from the second half of the movie onwards. The epilogue, on the other hand, may have turned out a little too long, but you can understand the intention behind it. After all, the movie is also a drama, which wants to show us the two protagonists' journey through life. Thankfully, Miike refrained from clichés and despite the movie's title, there is just an insinuated love story, which is not shown to us during the movie but actually takes place after the end credits. This serves as another proof of the broad experience this exceptional director has.