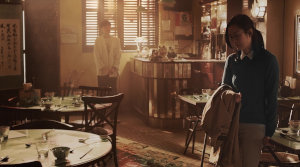 Story: Acacia (Sammi Cheng) hears about the sudden death of her father (Kenny Bee). He had not been part of her family for years because he had gone to Taiwan for another woman. After Acacia's mother got sick, he came back to take care of her and opened a hotpot restaurant. Nevertheless, he never managed to build a real family bond with Acacia again. As she prepares for her father's funeral, she finds out that she actually has two half-sisters. Branch (Megan Lai) is a professional pool player whose games her father often watched in the restaurant, and Cherry (Li Xiaofeng) is a fashion vlogger. The three half-sisters get to know each other at the funeral and, contrary to their expectations, they immediately like one another. Each of them suffered in their own way because of their father's former lifestyle, as he was not really there for any of his three daughters. Over time, however, it turns out that their father has done a lot for other people and tried to do the same with his daughters. Acacia decides to keep her father's restaurant in business, as the lease contract is still running another year, and an early termination would cost a lot of money. However, she is soon pretty overwhelmed, especially since she does not know the secret recipe for her father's hotpot. Branch and Cherry immediately help their half-sister out when they hear that she is in trouble. Together, the three actually manage to cope with their feelings towards their deceased father better and better over time. 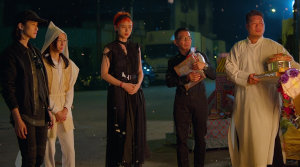 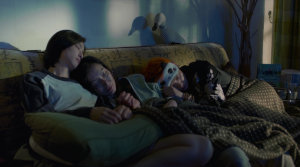 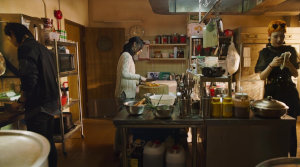 Review: Proper quality cinema can no longer be expected out of Hong Kong - except for the odd blockbuster here and there, which are only meant to clear your head in an entertaining way. That's probably why "Fagara" caught me off-guard. A family drama that deals with the scars a father has left on his childrens' souls in a sometimes subtle, and yet quite straightforward way. Not only because he died unexpectedly, but also because he had more than one family. A complex construct unfolds revolving around the chaos the father has caused within more than one family. But it's not even the story that stands out, it's the way it's captured. We get polished images that flatter the eye and immediately make you feel good, in addition, there are pleasantly quiet scenes of contemplation, but the flick never gets the presumptuously "deep" touch of Art House cinema. "Fagara" is the best drama that has come out of Hong Kong in a long time. 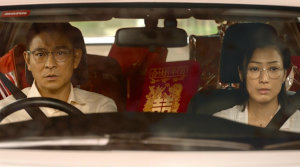 In general, "Fagara" is pretty low-key. The movie is about the role of women in traditional Chinese society, as well as the friction created by this concept in contrast to the emancipated modern woman. The story is based on a novel by Amy Cheung, and the movie was directed by Heiward Mak, who, among other things, co-wrote the screenplay for "Love in a Puff". A movie made by women (no one else but Ann Hui produced the drama, by the way) and with women in leading roles could cry out for feminism and might fall into the category of "Don't say anything negative, otherwise you'll run the risk of being called a chauvinist." No, "Fagara" certainly does not give off that vibe. It simply brings together true talents, who paint an honest picture of women in society in an interesting and enlightening way. Perhaps the male roles fall a little by the wayside, but you only notice that when you hear that it is a work of women - which would then lead equal rights ad absurdum again, because you would/had to (?) start categorizing and therefore might use different evaluation criteria. 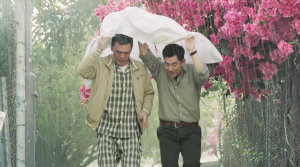 But "Fagara" is also so great, because the drama is portrayed with a certain light-heartedness. Our intuition tells us that the three women should actually be rivals, as the father had different daughters, and he would certainly have favoured one over the others. But the three women don't let themselves be pigeonholed like that. After mutual reservations at first, they actually grow together quite quickly. It is particularly praiseworthy how much charm and joie de vivre the three exude. Each of them gets their own little storyline, even though Acacia is clearly the main focus, but as soon as the sisters are on screen together, you can simply feel their high spirits, which might even have surprised the three as well. This creates a "sisterhood" that is thoroughly believable, touching and amusing, and this works as an excellent counterweight to the more dramatic moments. 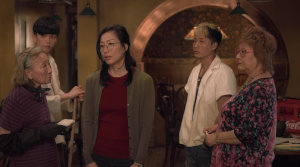 Canto popstar Sammi Cheng has already played an on-screen duo with Andy Lau - who also appears in a small supporting role here - in "Blind Detective", and in "Fagara" she maybe plays the most mature and impressive role she has portrayed so far. Megan Lei and Li Xiaofeng also give exceptionally good performances, and the three sisters could not be more different. There is the vlogger, who is by no means as superficial as you might assume, and who has a nice subplot with her grandma. Then we get the androgynous Branch (perhaps she falls into the LBGTQ group, but once again, "Fagara" stays pleasantly ambiguous in this aspect and avoids categorizations), who repeatedly clashes with her mother, who constantly chooses the wrong words. The storylines are appealing and moving, but sometimes you get the feeling that they could have been put into a more coherent framework. There are some moments when you wonder if the director still knows in which direction she wants to go. 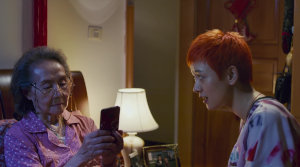 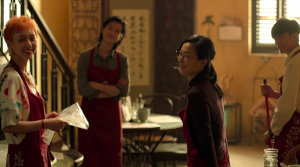 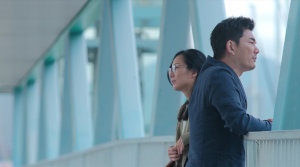 However, these moments are rare. It is also impressive that the director didn't shy away from showing that the father was anything but an evil man who had a different wife in every city. His life was a little bit more complicated; he fell in love more than once and he actually had to give up some things. As society also put certain demands on him. And because of his (typically male?!?) tendency to bottle everything up and not tell anyone about his worries, his daughters have to slowly solve the mystery around his character. For this, the movie sometimes uses flashbacks, or we suddenly get to see the father in the same room with his daughters. "Fagara" is about character flaws, lack of communication, misunderstandings, and forgiveness as well as farewells. All this results in a highly melodramatic mixture, and towards the end, many viewers will certainly need a tissue or two. But the often thoughtful and, despite everything, anything but sleep-inducing direction breathes life into the story, not least thanks to some light-hearted humorous moments. Coupled with the wonderful soundtrack, great images and a multi-layered, touching story, this results in the undoubtedly best Hong Kong movie of 2019.