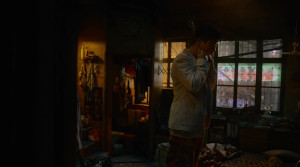 Story: Chen Xiaomeng (Xiao Yang) is a failing actor who is about to be thrown out of his apartment. Nothing makes sense in his life anymore, but he doesn't even succeed in committing suicide. When he goes to the sauna, he meets Zhou Quan (Andy Lau) at the counter, who apparently has everything in life you could wish for. In the sauna, Quan slips on a piece of soap which Xiaomeng accidentally dropped. In the ensuing chaos, Xiaomeng swaps their locker keys and then goes on a joyride with Quan's car. He also finds a ton of money in the car. He is finally able to pay off his various debts, but eventually, he goes to visit Zhou Quan in the hospital. There, he finds out that the man, whose identity he stole, suffers from amnesia because of the head injury he experienced during the fall. So, Xiaomeng decides to continue living this man's life. However, over time he finds out that Quan earned his living as a contract killer. Soon, a former client gets in touch with him because he personally wants to thank the killer and he also has a follow-up assignment for him. Xiaomeng tries to slip into his new role, but soon he is in way over his head. In the meantime, Zhou Quan has to find his bearings in a run-down apartment that he can only afford because single mom and businesswoman Li Xiang (Regina Wan Qian) pays the overdue rent out of pity. She has a guilty conscience because she drove her car through a puddle right in front of him, and because she happened to be present when the landlord made trouble. Zhou Quan quickly finds out that he seems to be a loser, but Li Xiang is a ray of hope in his life that could change everything. 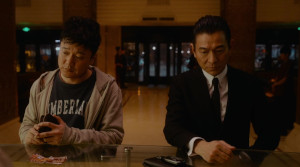 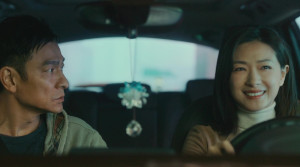 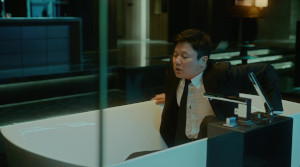 Review: A few minutes into the movie, it hit me: "That can't be! I've already seen that movie twice!" And that's precisely how it is. "Endgame" is a remake of the Japanese flick "Key of Life", whose plot had already been retold in the Korean comedy "Luck-Key". As a critic, it is therefore particularly difficult not to write exactly the same you have already said about those two works. Because a lot of things are just identical here. Fortunately, not everything, though. Of course, the actors, especially Andy Lau, manage to give the movie their own touch, and the comedy clearly aims at entertaining its audience, which should not come as a surprise, because this is one of those comedies that is supposed to get entire families into cinemas for Chinese New Year. Mind candy for everyone. The problem with those kinds of movies has always been that they often lack focus and can become quite chaotic. And "Endgame" is no exception to that. 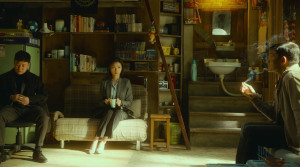 The original movie was already a mixture of comedy and gangster thriller. The Korean version leaned a little more towards comedy (Japanese productions are generally a bit more subtle in terms of humor - or the complete opposite is the case...) but also managed to forge a bridge to the gangster thriller genre quite nicely. The way how the flick made fun of the movie industry was particularly well-done. In this respect "Endgame" clearly fails, although things sometimes get a little bit meta too, for instance when director Rao Xiaozhi has a short appearance as himself. But what about the scenes on set? After all, Xiaomeng is an actor. Why don't we get more allusions to movie classics here? In his new life as a killer, of all things, Xiaomeng tries to show the coolness of a Chow Yun-Fat in a forgettable shout-out to "A Better Tomorrow". This could have been used to create a few laughs, but it wasn't. Should we actually be happy that the movie is not a fireworks of slapstick moments? 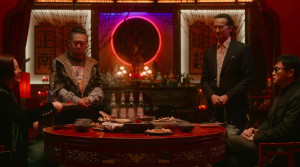 In fact, it is a positive thing that director Rao does not stoop down to a childish level of humor. But for a comedy, there is simply a lack of funny scenes. And it's not as if Rao had to maneuver himself through a whole new story. He even had two movies he could have used as a guideline. So, it shouldn't have been a big problem for him to decide what would work for his own vision of the story and what wouldn't. Another missed opportunity is that the movie rarely jokes about the age of the person who suffers from amnesia, a theme that also appeared in the other two movies. Especially with Andy Lau ("Shock Wave 2") in the lead, the movie could have made fun of the fact that he plays a 32-year-old, even though the actor has his sixtieth birthday in a few weeks. There is just a short scene about it, even though that could easily have been used as an excellent running gag. The humor somehow falls by the wayside the entire time, but the movie tries to make up for it with some supposedly interesting characters and subplots. 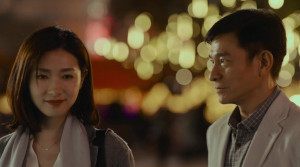 While Andy Lau is linked to Wan Qian through a very convincing and unobtrusive romance, Xiao Yang ("Sheep Without a Shepherd") also gets a subplot with a woman. However, that story only feels like a small bonus, and in hindsight, it even distracts from the actual plotline, because it turns out to be irrelevant. Unfortunately, the movie is full of subplots that lead nowhere. At least, actress Huang Xiaolei manages to get some nice scenes out of her role as a gangster boss. Xiao Yang, however, remains quite uninteresting in his role as a loser. This was already a problem in the other two movie versions, so this weakness could easily have been eliminated here, but it wasn't. Nevertheless, "Endgame" goes its own way in other respects, even if that does not always turn out to be a positive thing either. Especially the finale is brought about too artificially, as it just tries to create suspense by putting some action and chaos onto the screen. 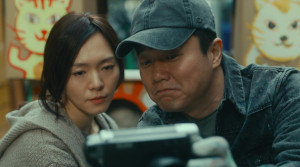 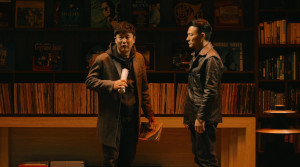 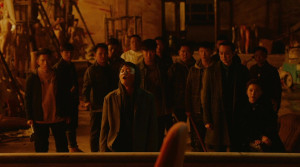 The lack of structure, which becomes especially clear towards the end, is also worsened by Chinese censorship, simply because anyone who has done anything illegal naturally has to get his/her just punishment. Connoisseurs of Chinese cinema will not be surprised by this, but you still have to roll your eyes. In the end, "Endgame" still manages to be quite entertaining, and this is thanks to Andy Lau's charisma and his nice romance plotline. And even if the story is all over the place, there are still enough developments for us to never get bored. Still, it's just mind candy. Even though this is probably exactly what you should expect from a "Lunar New Year" flick, compared to the original and the Korean remake, this movie just doesn't show any courage to feature new ideas while it also lacks some structure and humor. Thus, there's no reason to prefer "Endgame" over the other two versions, unless you can't get enough of Andy Lau.