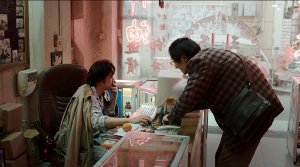 Story: Cheng Yong (Xu Zheng) runs a small shop selling love potions, but business is not going well. He hasn't paid rent to his landlord for a while now, he is having a marital dispute with his wife, because she wants to take their son away from him, and his father is sick too. One day, a man called Lv (Wang Chuan-jun), who suffers from leukemia, appears in his shop and suggests smuggling the drug Imatinib from India to China. Cheng could make quite a lot of money with that because there are a lot people suffering from leukemia who can't afford the original drug. The drug from India has the same active agent, but is a lot cheaper. However, smuggling is illegal and there is a heavy jail sentence for smuggling drugs. Still, Cheng accepts the job and soon has a supplier. The problem now is that Cheng doesn't have a reputation in the business in China yet and the drugs do not sell. So, he looks for help from Liu Sihui (Tan Zhuo), who advertises the cheap drug in various internet forums. Soon, Cheng has more customers than expected. Although he is trying not to attract attention, the manufacturer of the Chinese drug already got the police involved. And of all people, Cheng's ex-brother-in-law Cao Bin (Zhou Yiwei) is the lead investigator... 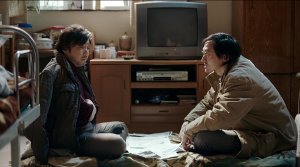 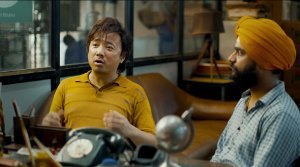 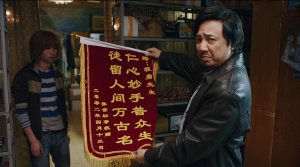 Review: "Dying to Survive" offers exactly what you would expect of this kind of movie. A warm feeling somewhere in the belly area, because the world does not seem as bad and full of selfish capitalists as you first thought. If that is all you need, the movie won't disappoint you. Apart from the fact that China's board of censors had no problem with the fact that demonstrations are shown and authorities even give in, there are few surprises in the movie. Basically, the drama focuses on an individual who grows on an emotional level and sheds his former character weaknesses. Whether this is really believable is another question, especially since the movie tends to draw things in black and white. Nevertheless, it makes the movie successful in those aspects that matter to most viewers. In general, the flick is designed to please a wide audience and therefore it doesn't do much wrong on the surface. 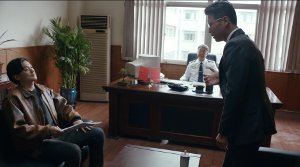 Producers should be more than satisfied with the over 450 million dollars the drama made at the Chinese box office. The movie was also able to convince critics at festivals abroad. In fact, there is nothing special happening here, though, and other critics have already noticed that there is a strong resemblance to "Dallas Buyers Club". Nevertheless, the movie is loosely based on true events. Cheng is very much in the spotlight here and his character development is pretty big. At the beginning, he even almost hit his ex-wife because she wants to take their child away from him, but later he is prepared to sacrifice everything to help other people. While there might be one or two drastic events that could have caused his new way of thinking towards life, all of this is not really believable. Instead, it serves more of a dramatic purpose, because a hero for whom we gradually develop sympathy is more effective than someone who has always been a good guy to begin with. At least in dramas. 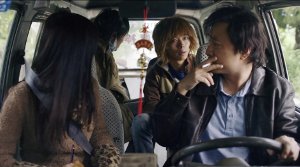 Xu Zheng ("No Man's Land") has a knack for blockbusters and, especially at the beginning, he is very good at playing quite an obnoxious guy who ultimately almost has traits of a drug baron. But his fear of getting caught ensures that Cheng doesn't completely end up on the wrong track. Besides, the supporting characters and his son help him not to take a wrong turn in life too. This is where the biggest problems of the drama become apparent. The other individuals have a huge influence on Cheng's life, but they remain enormously shallow as characters. This becomes especially clear with the priest, who is just there sometimes, but also with the dancer, who could have been a potential love interest. Lv is even responsible for a few particularly dramatic moments, but especially with him it becomes clear that we have no real emotional connection to the individuals, so the drama doesn't really affect us. 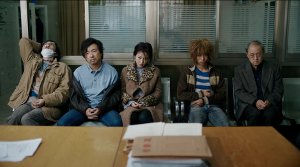 In the end, naturally, we get those typical scenes in which you are supposed to shed a few tears while having a big smile on your face, but these scenes are so obviously crowd-pleaser moments that they just remain colorless. What is therefore quite surprising is the rather sober-minded directing job, which often makes you feel as if you watched an art-house-drama. There are enough moments with a few humorous scenes between the characters, but basically everything remains quite serious and the images seem rather dreary, sometimes even gloomy. This is by no means a bad thing, because it also underlines that lives are at stake here. If Cheng doesn't manage to sell the drugs, patients will not be able to afford the original one anyway and they will die. So, Cheng also learns that he bears responsibility for these people. In this context, the policeman's story is also interesting, as he realizes that he has to comply with the law, but morally, he does not actually do the right thing. At least in this respect, there is an astonishingly differentiated approach within the framework of what the board of censors allows. 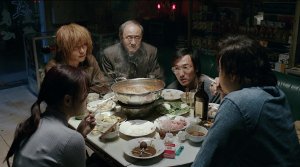 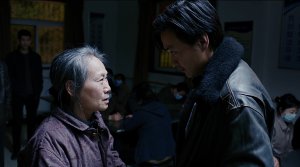 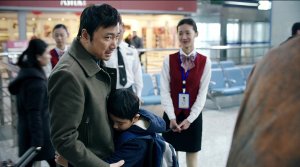 Those who still did not realize that China is not a communist country in the classical sense, but is also governed by money, will have no problem believing it after the various heartbreaking scenes that we get to see. How can this country's government not guarantee the medical care of its population? Of course, there is a good portion of criticism here, but this is only possible because China has changed its laws on the leukemia drug and is trying to come out the hero. At least, nobody wants to deny that pharmaceutical companies are the bad guys.
As a movie, "Dying to Survive" can win most viewers over with ease, also because a lot of things seem very familiar here. But especially when it comes to the secondary characters, the movie could have made much more with the plot and it is also a little frustrating that the story focuses so much on Cheng alone. In addition, the movie sells its message too obviously. Despite the generally very positive critical voices inside and outside of China, the movie can therefore only be seen as light fare.