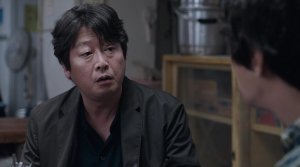 Story: Detective Kim Hyeong-min (Kim Yun-seok) from the narcotics department meets up with informant Kang Tae-oh (Joo Ji-hoon) who claims to have buried body parts for a killer. But all of a sudden, the police arrest Tae-oh and convict him of murder of his girlfriend. In prison, Tae-oh talks to Hyeong-min and helps him to find evidence for his crime. However, the investigation clearly shows that the police tampered with the evidence for his first conviction. Therefore, Tae-oh now only has to serve fifteen years of prison time for the murder, and Hyeong-min, who in the meantime transferred to the homicide department, falls out of favor with his colleagues. But Tae-oh tells the detective about other murders he allegedly committed and he remembers a lot of details about them. However, Hyeong-min is supposed to pay for the information. As the policeman and his brother inherited a well-established business, this does not pose a problem for him, though. He accepts the deal, even though he knows that the killer is playing games with him. From now on, Hyeong-min chases after numerous clues the killer gives him. Some turn out to be false but others give him enough information to keep investigating. Tae-oh raises the pressure on the detective by demanding more money and denying his statements in court. But for Hyeong-min it is only important to let justice prevail for the victims. 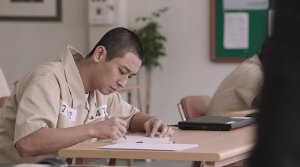 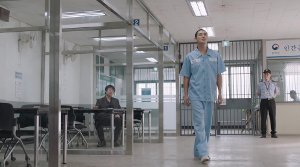 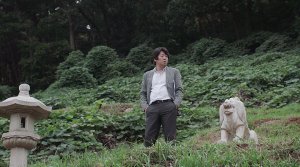 Review: All crime-thrillers have to struggle with the same problem - to portray a story of a mysterious series of murders and a detective who is onto the killer in a way that the audience does not realize that they have already seen this kind of plot a thousand times before. But "Dark Figure of Crime" manages to do exactly that. On the surface the movie seems indeed like a typical thriller, apart from the fact that the murderer is already behind bars. And that's basically it regarding similarities to other movies of that genre. The movie lives off its two protagonists and by no means relies on a cheap narrative arc. In fact, it is the story and the way it develops that really captivates us - even despite a rather slow pacing. We are eagerly waiting to find out about how the murders are actually connected to one another and hope for a neat twist at the end. However, in the end everything turns out different from what you might have expected. Maybe also because "Dark Figure of Crime" is based on a true story, this thriller manages to grasp reality quite nicely. 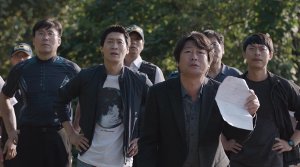 But it is not before the credits roll that we actually realize that this story is based on a real-life killer, despite the movie stating in the beginning that it is based on actual events. It would have given the movie a different appeal if you had known about the movie being based on an actual killer beforehand. Certainly, this knowledge would have helped the flashbacks a little bit, because you don't actually know if we are shown real events and we have to doubt that this is what actually happened. But this lack of knowledge is also exciting, because it even makes you assume at the beginning that maybe Tae-oh might not be responsible for the murders he confessed to, after all. But then we delve deeper into his character. He is without a doubt somebody who is lacking empathy. A psychopath who is capable of anything. For most actors an insane look might be the go-to-method to portray someone like that, but Joo Ji-hoon ("Along With the Gods: 49 Days") manages to give his best performance yet. He does not seem crazy most of the time, instead he seems rather normal. Nevertheless, you realize that something is off about him. 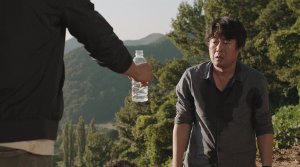 Of course, the movie's second strength is Kim Yun-seok ("1987: When the Day Comes"), who delves deeper into his role and avoids the simple portrayal of the has-been policeman with a heart in the right place. The detective is absolutely aware of the fact that he is being jerked around. But at the beginning we, as an audience, don't realize that. Therefore, we believe that we are dealing with a naive, sometimes even stupid policeman. But in time, we understand that he simply does not want to risk that there is actually some truth to Tae-oh's story. And Hyeong-min is definitely more than just the has-been cop. He wears a suit, is always polite and anxious about his colleague's reputation, who he does not want to drag into this complex case. The chemistry between the two protagonists is also portrayed realistically, which also means that there are no hostilities between them just to create suspense. Instead, there is a battle of wits happening between the two. 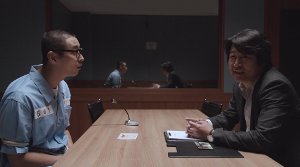 Hyeong-min's calm demeanor also means that he approaches the case with caution and logic. That is why he manages to discover some new clues by himself and the plot develops naturally and not through hints that suddenly appear out of nowhere. This narrative approach alone makes the thriller stand out from its competition. Moreover, there is the fact that the killer does not need to be captured anymore, instead we hope for him being convicted to more than just the current fifteen years of prison time. In addition, we also ask ourselves, what motivated the murderer. We might not get a clear answer to that question, but at least it seems like an honest approach. Because the killer is not as simple-minded as most killers from other crime thrillers. In its core, "Dark Figure of Crime" explores its characters in depth and that is what makes the plot so effective. Both protagonists are characters who you can't read that easily and that is what keeps the movie's level of suspense up. Apart from that, the search for the truth and for the victims is captured on screen confidently stylish and keeps you close to the events at all times. 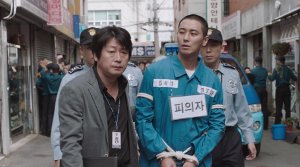 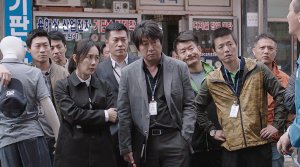 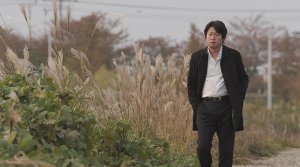 The supposed flashbacks are woven into the events quite nicely, as well, and do not seem like unmotivated screen time, at all. They also toy with reality, so that the director can skillfully avoid showing us all facts about the murder series. The directing is nothing out of the ordinary, but it works nicely. There aren't simply dark pictures, instead the thriller and the way it is presented to the audience is a little bit reminiscent of "Memories of Murder". Unspectacular, but in fact mostly well thought-out. "Dark Figures of Crime" represents one of those movies, after which you get goose bumps without even knowing why exactly. It is as if the murder victims were the real protagonists. Which is exactly what was the idea here. Maybe the movie could have used a little bit more of an entertainment-factor, but all in all, director Kim Tae-gyoon did a really good job here.