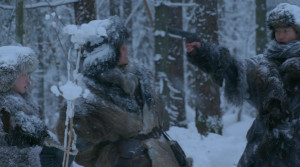 Story: After a parachute jump over Manchukuo, the empire established in Manchuria by Japan in the thirties, the two spies Zhang (Zhang Yi) and Lan (Liu Haocun), a young girl, are separated from Zhang's wife Yu (Qin Hailu) and Chuliang (Zhu Yawen). Zhang and Lan are on a train to Harbin, but because a government special unit is already closing in on them, they just about make it to their destination. Their mission is to get a man out of the country who has endured the most terrible torture in a Japanese camp. As the only survivor he is supposed to draw international attention to Japan's war atrocities. The other two spies, Yu and Chuliang, however, have already been intercepted by government officials who pretend to be their contacts and want to find out the whereabouts of Zhang and Lan. Zhang actually falls into the hands of the Japanese military and gets tortured. He does not seem to be by himself, though, as there is a communist spy among the Japanese. Xie Zirong (Lei Jiayin) helps Zhang escape, but as he is seriously injured, Zhang has little hope of getting far. In addition, he cannot be certain that Xie is not actually a double agent and that his help is just a perfidious strategy to eliminate all communist spies at once. 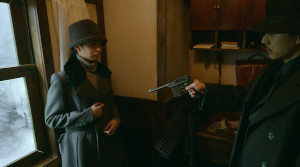 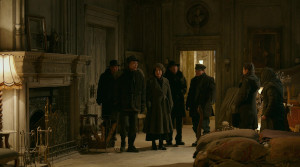 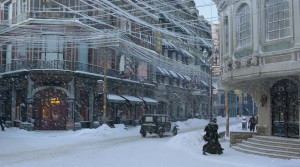 Review: With filmmaker Zhang Yimou, you never know which direction he will go next. After he had become everybody's darling at film festivals with socio-critical dramas such as "Raise the Red Lantern" and had then slightly approached the line of the Chinese Communist Party with the visually stunning Wuxia masterpiece "Hero", his reconciliation with the country even went so far that he was allowed to stage the Olympic Games. With "Shadows" he recently once more proved his exceptional talent for great images, but then his subsequent "One Second" was not allowed to be shown at the Berlinale because the Chinese censors had a problem with it. So, it was time for him again to make another movie with which to prove his loyalty to the government. "Cliff Walkers" therefore revolves around the war atrocities of the Japanese (and the infamous Unit 731) as well as the sacrifices China's heroes had to make in order to shed light on them. 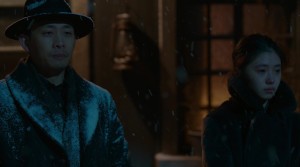 But if that sounds as if the flick was propaganda handiwork, then that's not entirely true. It's more of a spy thriller that, thanks to its snow-covered sets and a great directing job, manages to be quite intoxicating. Apart from that, there is sadly hardly anything extraordinary to see here. At its core, the story is fairly simple, and the entire two hours are actually just about mistrusting every single situation or person. And if you don't, you'll immediately get your comeuppance. The movie is packed with double agents, and especially Xie Zirong, who is the flick's focus later on, remains mysterious in this respect. Unfortunately, the movie plays a bit too much with these uncertainties, so at some point, it can even get quite irritating. At the beginning, it is also not that easy to keep the different agents or their specific loyalties apart. 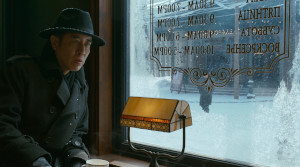 The problem here is mainly the lack of character development and the shift of emphasis from one spy to the next, so that you don't really have a chance to learn anything about them. That makes you wonder how you are supposed to even shed one single tear over their sacrifices. Instead of having the time to care for the spies on an interpersonal level - and the fact that a spy couple had to give up their children is by no means enough to create a little drama, especially since that even makes them rather unsympathetic -, you are just rushed from one scene to the next. The pacing works quite well, and there is always some development or subtly built-up tension, but in terms of editing, it becomes clear that the movie has problems with creating smooth transitions, and so once more we become aware of the fact that we do not get a coherent whole here. Even the chapter titles, which were subtly integrated to create the illusion of smooth transitions, cannot change that. In the end, it simply seems as if a lot of scenes had been strung together randomly. 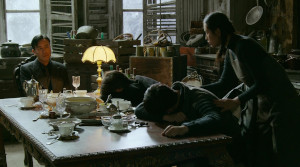 The pace is always high, and for that purpose there are also a few chases on foot through the alleys of the snow-covered city. The numerous high-angle shots create the impression that the characters are running through a maze, and with that Zhang once more shows his sense of picture composition. The action scenes, however, do not really manage to get you fired up. The shootings, which were kept quite simple, as well as the close combat scenes simply lack energy. The latter at least manage to show the desperation and the desire to survive, but especially petite Liu Haocun, who plays Lan, is not very convincing in her fight scenes, which might be due to the girlie nature of her character, though. Another problem with the movie is the way suspense is created: Characters always briefly leave the room in order to get something done, so that those left behind can discuss their secret agenda, and when the other characters then rush back, they start to eavesdrop at the door. And that's even though, there initially was absolutely no reason to become so suspicious that quickly. It's just a cheap trick to create suspense. 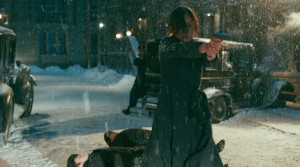 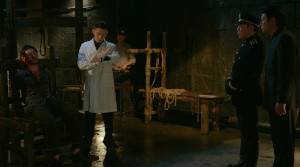 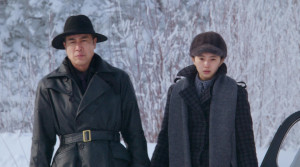 The sets are by no means cheap, though. Harbin is always snowy and just looks fantastic. But the interior spaces are also designed with a lot of love. Even the clothes, the cars and so on look great. On a visual level, "Cliff Walkers" is clearly superior, and you can immediately see that a master of the craft was at work here. The only problem is what lies beneath this wonderful surface - and unfortunately, that's not much. It's a classic spy thriller in which you constantly have to watch out for betrayal, but the execution of those suspenseful scenes is rather questionable. In addition, we don't really care that much about the fate of the people involved. Maybe that's why you should be all the more surprised that the movie still manages to be rather gripping, but that doesn't outweigh all the things that went wrong here. Therefore, "Cliff Walkers" is more of an eye candy, and in every other aspect Zhang Yimou just delivered mediocre work.