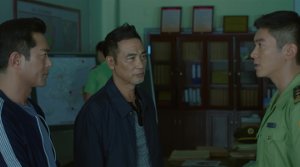 Story: Logan Long (Tony Leung Ka-Fai) is a very successful gangster who became extremely rich by kidnapping wealthy businessmen and demanding millions in ransom. Detective Sky He (Louis Koo) is asked by his colleague and friend Liu (Simon Yam) to get into Long's gang. Long recently lost his bomb expert and that's exactly Sky He's specialty. Although he is not overly excited about the job at first, the detective lets himself be talked into tracking down Logan Long's gang as an undercover cop. He tries to get into the group through Logan's brother Farrell (Sherman Ye) by assuming the identity of a bomb specialist who demands some gambling debts from Farrell. After helping Farrell escape from the police, the undercover cop is kidnapped by the gang. He now has to undergo a very thorough identity check, which more than once almost ends lethal for him. Eventually, he even has to pass a lie detector test, which tech specialist Doc (Lam Ka-tung) performs on him. The detective wonders why Doc doesn't tell his boss that he's seen him as a police officer before. While Sky He believes that his cover has already been blown, he suddenly finds himself in the middle of the family of Logan Long, who already has a new kidnapping target. But what are Doc's real intentions? 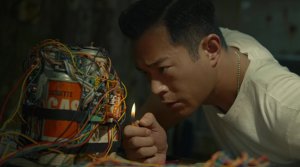 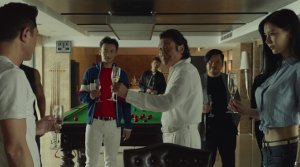 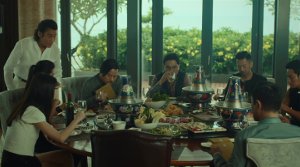 Review: After the success of "Chasing the Dragon", it was only a matter of time before a sequel would find its way onto the screen. While that movie was based on the life of the gangster Ng Sik-ho and took place in the 60's, the sequel now takes the life of the gangster Cheung Tze-keung as the foundation for a potentially exciting thriller. Set in the 1990s, just before Hong Kong was given back to China, the film is essentially a thriller about an undercover cop, who has to keep up his false identity in the most adverse circumstances, while somehow trying to pass on information to his colleagues. It is worth mentioning that the focus of this movie lies by no means on an epic story, as was the case with the first movie. After the introduction, we stay in the same year and the tension arises from the fact that Sky He's cover could be blown at any time. 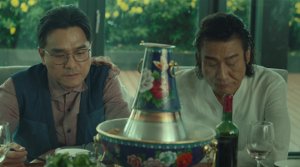 The fast edited introduction and the voice-over give us a good impression of what kind of gangster we are dealing with and after that the pacing shifts down a bit. Sky He is introduced to us and the only thing we ever really get to know about his character is the fact that he has a close bond with his mother. However, after being recruited for the dangerous case, the gangsters spend a lot of time verifying his identity, which is what calls for a lot of spontaneity of his colleague Liu, played by Simon Yam ("Colour of the Game"). So even before Sky He becomes part of the gangster family, there is always a real danger of his cover being blown. Especially because he recognizes one of the gangsters, portrayed by Lam Ka-Tung ("Trivisa"), and the big question is: Why does he not unmask the detective? 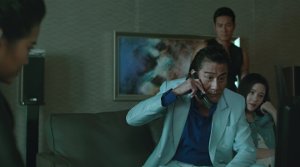 Even though the film is always exciting, it doesn't push the tension to its limits, which is a pity. You often get the impression that the movie doesn't tap its full potential. But the reason why we lack moments where you nervously have to chew on your fingernails might also be that the characters turned out too flat. While Louis Koo ("Line Walker") gives a solid performance - the very fact that he starts to tear up when he gets into a stressful situation makes him somewhat human -, we still can't properly warm up to his character. Not to mention that acting-wise Tony Leung Ka-Fai ("Cold War 2") steals the show anyway. There is something both likeable and threatening to him, but he cannot be pigeonholed as such because there also is something sleazy about him. His gang is his family, but his brother always causes him trouble, he has a typical gangster wife who is more than a few years younger than him - we have seen all this several times before. Which makes it all the more surprising that Tony Leung manages to add something special to his role. 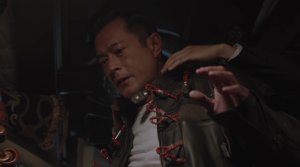 In contrast to the retro look of its predecessor, everything looks very modern in this movie. The direction is very polished and both Jason Kwan and Wong Jing take their seats behind the camera, as they did in the previous movie. They keep the pacing up and thanks to a bomb vest, the audience at least gets to sweat over the events at one point. Of course, there's also a little bit of action. The gunfights are nothing out of the ordinary, but turn out to be a nice bonus, especially because they don't seem unnecessary. There are also a few car chases. Overall, the action isn't great, but it serves the story well and creates the necessary level of suspense. Does that mean we're going to get a decent finale? In some respects, it does, but the finale also has a slightly anticlimactic touch, which is fine, though, since the two directors do not try to make the story bigger than it actually is. 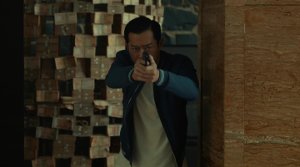 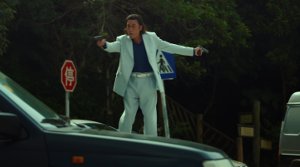 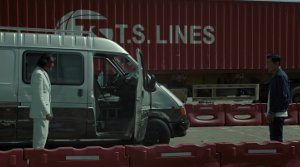 A lot of things in "Chasing the Dragon 2" is done quite well. This includes not only the action, but also the sets and the accompanying music, even though it includes an abundance of English songs - perhaps an ode to the imminent end of the British colonial era. However, the movie lacks the special touch of its predecessor, which mainly impressed with its retro charm. It is quite possible that in the future a whole series of movies will follow, which describes the lives of well-known gangsters, and even if the directors have taken some liberties here, it really has its appeal to know that the story is based on a real person. In the end, however, it's nothing more than solid entertainment, which is mainly due to the characters that have turned out too flat. Some of the minor characters would also have deserved a little more fleshing out. So, all that's left is some decent evening entertainment, nothing more.