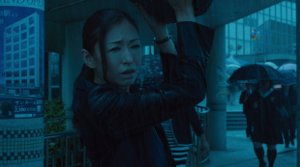 Story: Psychiatrist Mariko (Yasuko Matsuyuki) advocates a new method of treatment during which perpetrator and victim of an act of violence or murder are treated together. One day, she wants to get on a bus, but misses it. Shortly afterwards, the bus explodes. Amongst the victims are also children. One of the victims carried the explosive device and is found to be missing her tongue. Detective Chaya (Yosuke Eguchi) is sure that the culprits are the same people who, for some time now, have put the fear of God into Tokyo's citizens. They kidnap their victims, cut their tongues out so that they can't warn anybody and then blow them up in public places. At last, Chaya thinks he found the murderers' whereabouts. When he arrives at the location, a bomb explodes and Ichiro Suzuki (Toma Ikuta) is the only one left at the crime scene. Chaya arrests him and brings him to Mariko for psychological evaluation because he knows that she would do everything to deem him fit for a trial. However, Mariko notices something weird about Ichiro. He behaves like a computer. He does not necessarily avoid her questions, but appears to give answers that he memorized before. Moreover, his daily actions seem to work like a Swiss watch. Mariko thinks that he is not able to show or understand emotions and therefore had to actually learn the most basic needs. Who is this man? Maybe he is not even one of the perpetrators? 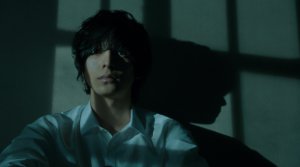 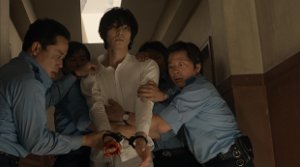 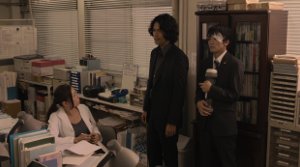 Review: Mystery-thrillers that build their stories around a character's identity are not necessarily uncommon. However, "Brain Man" is all about a man who gets captured right at the beginning of the movie and who has some kind of connection to the two abominable killers, yet doesn't come across as one of the culprits. At least, at the beginning the viewers know more about the events than the investigators. Even though the narrative framework is a typical detective story, the movie mostly presents itself as a character study. And you can take this in the true sense of the word as Mariko literally studies the man who displays a pretty strange behavior. The mixture of a mysterious protagonist and the necessity to find the murderers makes up the movie's main appeal. But even though the events always remain gripping, the script is pretty inconsistent when it comes to the protagonist. 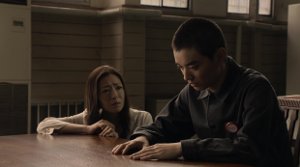 Ichiro behaves like a robot. The script's intention is pretty weird at that, though. Are we really supposed to believe that he is one of the culprits, even though we watched both girls commit the horrible crime and Ichiro was nowhere to be seen? When it comes to this, the movie should have worked a little bit more subtle so that the audience might actually believe for some time that Ichiro could be one of the perpetrators. As time goes by, we get to know that "Brain Man" has no emotions and is exceptionally intelligent. All this is hardly surprising, as we already noticed how he "scanned" the hospital's map when he was arrested, so that we also get visual proof of his photographic memory as well as his ability to establish a connection between complicated issues. Only when we find out more about his past, does the movie get more exciting. 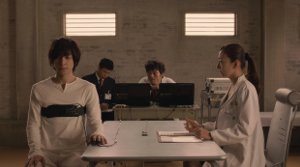 Toma Ikuta ("My Teacher") has to play a character without any sort of emotions. No wonder that we can't identify with him. Therefore, the psychiatrist, played by Yasuko Matsuyuki ("Fullmetal Alchemist"), functions as the actual main character. She also gets a subplot around her mother, who - since experiencing a traumatic event - only sits in front of the television, and later we also get to know the reason why one patient, who gets released soon, is so important for the psychiatrist. At first glance, all this might simply be an accessory to flesh out her character a little bit more. Yet, it actually is the foundation for a well-made ending. But really, the movie is about the murderer Noriko, played by Fumi Nikaido ("River's Edge"), right? In fact, the movie intertwines its narrative threads so strongly with one another - but in a pretty neat way - that you cannot be sure, where the story's main emphasis is supposed to be. 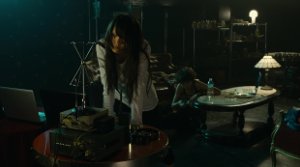 This gets apparent especially during the finale, which presents itself as rather thriller-ish. When it comes to the killings and the thriller aspect of the movie, it has to be mentioned that "Brain Man" can be surprisingly brutal and dark. The level of violence is not unnecessarily high, but things also do not get whitewashed. What makes the movie especially dark is the fact that there are constantly explosions with numerous fatal victims, including children. Therefore, we also get one or two disturbing images. Somewhat disappointing is the fact, though, that at some point, we are even convinced that Ichiro actually has superpowers, but in the end, nothing happens in this regard. Taking his training in consideration, he also should be undefeatable in a fight. Even if there are one or two impressive, but pretty brief, exchanges of blows, "Brain Man" falls short of our expectations. Sometimes he is a superhuman, sometimes he is not - depending on what the script needs at that particular moment. That's just illogical, same goes for his behavior at certain points of the plot. This is another reason why he doesn't work as the main character of the story. 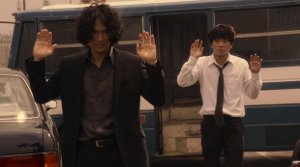 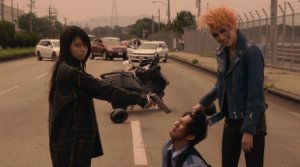 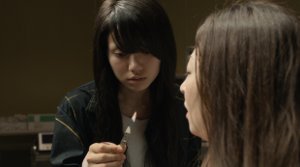 Apart from that, "Brain Man", which is based on the eponymous novel by Urio Shudo, is more intelligent than you might think at the beginning. The inner struggle of the psychiatrist is captured pretty nicely, especially because after the rather stereotypical thriller finale, we get a well-done twist, which turns the doctor's world upside down. At the same time, we have to ask ourselves some moral questions, for instance: how should criminals be punished, can victims actually forgive and who would we be without emotions? Of course, all this could have been dealt with a little bit more in depth, but as a thriller "Brain Man" surprises you with ideas like these in a pleasant way. The special effects turned out pretty well, and the genre mix would have turned out rather convincing too, if it weren't for a few moments - like the last scene, which makes us question whether the moviemakers maybe were not that sure about the tone they wanted to convey with "Brain Man", after all. Despite all the above-mentioned points, this movie is actually a pretty recommendable thriller.