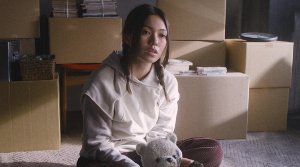 Story: Haruna Wakagusa (Fumi Nikaido) and her fellow classmate Kannonzaki (Shuhei Uesugi) are a couple. However, her boyfriend ist everything but a likeable fellow. To the outside it seems as if he were nice enough, but in fact he is constantly beating up his classmate Yamada (Ryo Yoshizawa) or locks him up in a locker. And all of this just because Yamada is gay. Yamada himself still tries everything to hide this, also by having a girlfriend. His girlfriend Tajima (Aoi Morikawa) has fallen in love with the mysterious aura surrounding Yamada. But his true self he can reveal to no one. One day, Wakagusa saves the boy from her boyfriend and in return Yamada shares his secret with the schoolgirl. He takes her to the river where he found a body some time ago. When he looks at the body he feels alive again. But he isn't the only one knowing of it. Yoshikawa (Sumire) acts as a model when not attending school and every now and then goes to the river to take a look at the body, too. When one day it is rumoured that there is a treasure hidden at the river and the students run to the river's edge with shovels, the three have to bury the corpse as fast as possible. Knowing about the corpse may unite the three in spirit, but in fact the students still feel alone. Moreover, Wakagusa doesn't know that her boyfriend Kannonzaki has an affair with his classmate Rumi (Shiori Doi). In her disorientation the students try anything to feel alive. But because of this a catastrophe is already in the making. 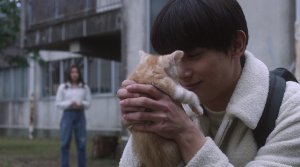 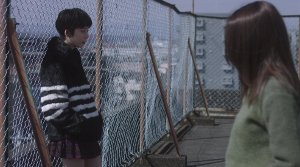 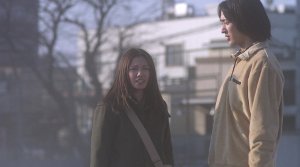 Review: You wouldn't expect "River's Edge" to be a live action adaptation of a manga, but Kyoko Okazaki's stories are known to deal with morbid themes or such that are considered rather taboo. The movie's tone is thus in general more serious and darker than what you would anticipate. There may be a small amount of humour hidden within the film as well, but we get without a doubt a drama here, that tackles dark themes: disorientation in life, violence against gay people, taking advantage of friends, bulimia, prostitution of students, death as a haven of tranquility. So, there is seemingly a lot going on, but what exactly that is remains unclear for quite a while. Therefore, you could accuse "River's Edge" of a certain aimlessness, but towards the end everything is somewhat connected to an atmospheric whole, even though the accusation that the script seems without orientation remains true. 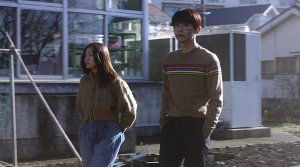 The narrative style doesn't make it easy to instantly be captivated by the picture. A burning individual falls from an apartment building, then students are interviewed and those interviews serve as a framework at regular intervals in order to guide us through the story. When we finally find ourselves at school and we are introduced to the characters in a classic way things get clearer. There aren't only a few characters that stand in the story's center, but Wakagusa and Yamada remain the story's heart. They are the ones we can sympathize with throughout the two hours of the movie, although they aren't just likeable. Yamada may be a victim, but to exploit a naive girl fallen in love and present her as his girlfriend in order to conceal his sexual orientation isn't just everything but nice, but eventually makes waves as we are already anticipating in the beginning. 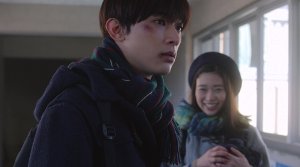 Fumi Nikaido ("Scoop!") plays the female student who is together with an aggressive, hormone-driven boy. The girl offers sex as part of her relationship to Kannonzaki, yet doesn't seem to have fun herself. You ask yourself if this may be because she doesn't really love him. Those and other questions remain to be answered by the viewers themselves, though. What's certain is that her friendship to Yamada, embodied by Ryo Yoshizawa ("Bleach") goes a lot deeper and that in their suffering both keep each other grounded. The supporting characters get a good deal of screentime, too, which results in them being fleshed out pretty nicely. At the same time this allows the story to show more aspects of a teenager's life and the feeling of being lost, as is the case with the aforementioned model, played by Tadanobu Asano's daughter Sumire with an otherworldly coating, or the theme of prostitution. 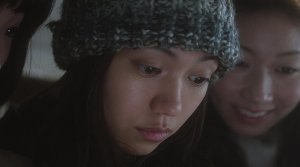 In his disorientation Yamada is also prostituting himself for an older man, as is Rumi who finances her make-up products that way. The teenagers also do drugs to escape their dreary everyday life. In one scene, in which Kannonzaki and Rumi do cocaine, things turn into a very explicit sex scene, but there are also additional moments in which we get to see a lot of naked skin. During those scenes you always get the impression that sex isn't interfused with passion, but something mechanical, something that needs to get done. For Kannonzaki it's his insatiable drive, for others it's proof of friendship or simply a way to get money. The characters in "River's Edge" are searching for something and this desperate reaching for something that could give you some direction in life is also what bestows this dark flair upon the movie and sometimes also creates a claustrophobic atmosphere. Fittingly, and in order to underline the 90s setting, the picture is shot in a 4:3 format. 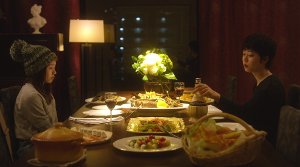 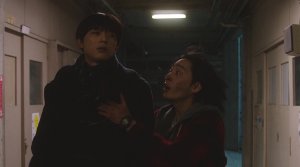 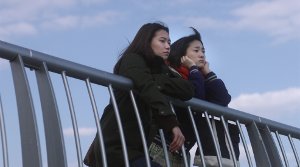 Director Isao Yukisada ("Crying out Love in the Center of the World") knows how to tell his story in a way that he keeps us interested in it, even if the pacing turns out rather slow. The dynamics between the characters change and there is room for developments that in fact could lead to a catastrophe. The plot remains thrilling, since it is in parts unpredictable and has a few surprising and shocking scenes in store for us. The cast is convincing and manages to convey emptiness in an adequate manner without the characters turning out lifeless, which isn't an easy task. Yet, in part they remain a mystery, too. As is the case with the interviews serving as some kind of framework. "River's Edge" is in need of a clearer direction. The way it is, we are simply thrown into the life of a few teenagers, which thanks to the themes dealt with is actually interesting enough, but the movie's full potential isn't tapped.