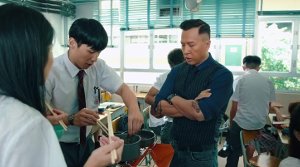 Story: Mr. Chen (Donnie Yen) gets a job as a teacher at Tak Chi School, where he used to go to himself as a kid. The school has trouble getting grants as almost no student leaving the school qualifies for university. Chen is assigned to teach class 6B which is full of lost causes. Like every teacher before him, he is welcomed with all kinds of pranks, but Chen's extraordinary roots in martial arts and his alert mind make it almost impossible for the students to succeed sabotaging his lessons. In addition, Chen listens to his students and therefore manages to slowly gain their trust. There is Jack (Luo Mingjie), who always starts an argument with his fellow students and who is raised by his poor grandmother, which is why he works at a restaurant and gets into contact with gangsters. Next, there is car-loving Gladys (Gladys Li Ching-kwan), who is not loved by her parents because their son plays a bigger role in the family, and there is the Pakistani singer Gordon (Gordon Lau Chiu-kin), who is constantly checked up on by the police because of the way he looks. With all his might, the new teacher takes care of these students as well as of the twin brothers Bruce and Chris (Bruce Tong Kwan-chi, Chris Tong Kwan-yiu), who are suffering under their alcoholic father. He wants his students to graduate and learn how to believe in themselves again. 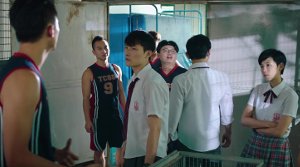 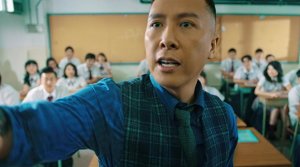 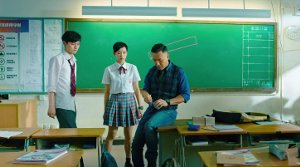 Review: To be honest, you know what to expect of this movie once you see the poster. And you will not be disappointed. However, "Big Brother" is nothing more than just that. Somewhere there's a message hidden in there, which names and shames the country's or rather Hong Kong's school system, but the movie's social conscience is torpedoed by its feel-good-atmosphere far too often. Of course, there are also some dramatic moments, but the audience is actually watching the picture for its entertainment value and "Big Brother" is aware of this fact. It's a pity that the filmmakers weren't brave enough to make more out of this movie. It definitely had some potential. So, it's up to Donnie Yen to manage each and every crisis and to be the students' cornerstone and moral compass. If need be, he'll also use his bare fists. But you would have wanted your money back if there hadn't been any fights, anyway. 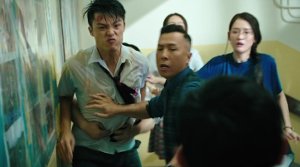 You will hardly expect originality if you decide to watch a movie, which is clearly based on similar works about teachers who use unorthodox methods to get a class full of tough students back on the right track ("Dangerous Minds" etc.). "Big Brother" is rather tacky, too. We get students that seek refuge in computer or cellphone games because they have problems at home and subsequently end up not being able to keep up at school, kids that are pushed into roles by their parents that they actually can't or won't fulfill, and of course, a parentless boy who lives with his grandmother and poses the biggest problem. And as you would have expected, Mr. Chen solves all these problems with a passion almost bordering on incredibility. The problem with it is that all these issues get checked off one after the other and there is hardly any doubt left that the next lost cause will also internalize Chen's "Believe in yourself" message and change into a better human being. 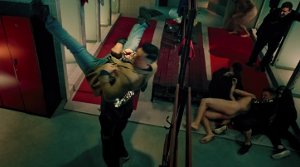 The most problematic aspect about this is the fact that apparently Mr. Chen can do absolutely everything. There's nothing that can actually pose a serious problem for him. His selfless way of caring hints at some sort of (traumatic?) experience in his own past, which we will get to see sooner or later. And when the time finally comes and we get to accompany Chen searching for the meaning of life, it also becomes clear to us that things don't match up so seamlessly in this movie. There are some serious and even tragic moments, like an attempted suicide, but in the end, the movie wants to keep up its feel-good atmosphere, which gets obvious once we hear songs by Lukas Graham and James Blunt (which stand out even more in a Hong Kong production). You will have to live with platitudes like "knowledge is power" and "follow your own path" because "Big Brother" is a movie which just really wants to get this message across and it wants to show us that you shouldn't write off but rather support unprivileged people in our society. 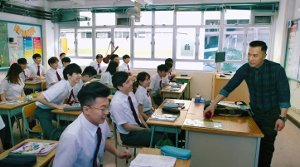 Next to the partly cliché-driven living situations and family problems of the students, the growing trust in the teacher is not portrayed in an original way, either. However, the five students, on which the movie focusses, have their own little peculiarities and even if that does not really turn them into three-dimensional characters, it is enough to make them into people we actually care about. Donnie Yen ("Chasing the Dragon") has fun in his role and even if Mr. Chen's motivation to do anything for his students sometimes seems too hyped-up, it is still exactly what you are looking for in a life-affirming comedy like this. Nevertheless, because we are dealing with a Donnie Yen movie, most people will impatiently wait for the first fight. And indeed, it takes 50 minutes until we finally get one! But we are rewarded with Chen fighting with an entire locker room full of MMA-fighters. The surroundings are included into the fighting sequence quite a lot and Yen himself shows off numerous MMA grappling moves and techniques. 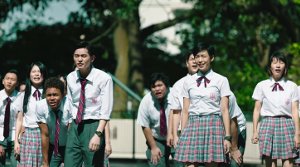 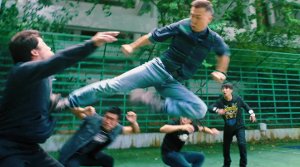 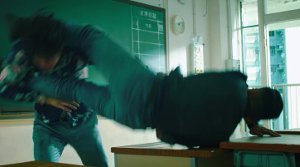 The fights are few and far between, but this is fitting and the showdown itself turns out pretty satisfactory, too. The fights are gritty, but also have some humorous elements to them, like people joining the fight against Chen coming right out of the shower. Not only the battle sequences but also the rest of the movie is rather fast-paced. Of course, there are some obstacles put into the teacher's way, but nobody would ever doubt the upcoming happy ending. That's a pity, tough, because as mentioned before, the criticism on the performance-based school system, in which students with complicated private situations fall through the cracks, sinks into obscurity by the end of the movie. Instead, everything is connected somehow, even the bad guy had his own past at the school, and everything builds up to a reconciliation. So, if you are looking for a movie which leaves you cheerful at the end, you've come to the right place. However, you should be aware of the fact that you'll get a lot of cheesy moments and platitudes along the way.