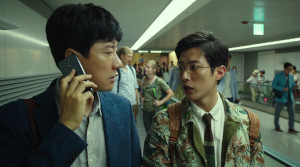 Story: Kim Joon-young (Kim Myung-min) is a well-known doctor who comes home after having spent some time abroad, where he wanted to do something good on a voluntary basis. Thanks to his secretary, he suddenly finds himself in an unexpected press conference when he returns. But he is actually in a hurry, because he wants to see his daughter Eun-jeong (Jo Eun-hyung), whose birthday it is. She does not respond to her father's messages or calls, though, as she is disappointed that he never has time for her. On his way to the long-arranged meeting place with his daughter, Joon-young stops to help somebody who was involved in a car crash. A taxi veered off the street, the driver is seriously injured while the woman on the backseat is dead. When the ambulance arrives and the paramedics take over, the doctor notices a girl a little further down the road. Apparently, the taxi driver had run her over. It is his daughter Eun-jeong. Joon-young can't believe his daughter is dead, and then he suddenly wakes up back on the airplane. Everything seemed to be a dream, at least that what he thinks, until everything happens exactly the way it did before. Joon-young quickly realizes that the day repeats itself down to the last detail. But no matter what he does, even after several attempts, he does not manage to save his daughter. Suddenly, the paramedic Min-cheol (Byun Yo-han) addresses him in front of his daughter's dead body. He tells him that everything repeats itself for him day by day, but that Joon-young is the only thing different. Both men are stuck in a time loop. While Joon-young tries to save his daughter, Min-cheol wants to save the person on the taxi's backseat, his girlfriend. The taxi driver seems to be the key to the solution, but there is much more behind the incident than the two realize at first. 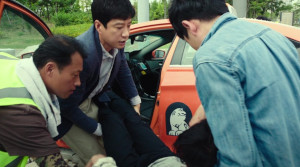 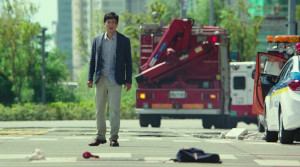 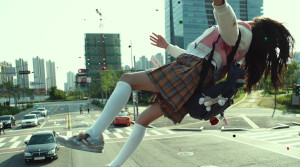 Review: Time loops are always a welcome concept in movies - if they are done well. And that's actually the case with "A Day". First of all, it focuses on the reoccurring trauma that the story's hero has to live through. Seeing your dead daughter is one thing, but to then make it just in time to see her die, is a whole different story. The suffering increases exponentially in order to underline why the father is willing to do anything to save his daughter. But then, everything turns out to be different. At its core, the movie is actually a revenge story, as nothing is as random as it seems at first, but on that basis, the movie is also about forgiveness. "A Day" surprises with a story in which there are always new clues uncovered, and the events constantly get a fresh coat of paint, so that you never get bored. 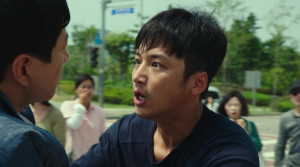 It also doesn't take too long until we get our first surprising twist. The movie uses about 25 minutes to present its premise and to let the story's hero find his bearings. Then it turns out that someone else is stuck in the time loop too, and he also has a backstory. While other movies of this kind can quickly get boring, director and screenwriter Jo Seon-ho makes sure to keep things going and to make his debut work gripping. The pacing is high at all times, and with a running time of just over 90 minutes, the movie is pleasantly compact and does not unnecessarily stretch out certain elements of the story. What is particularly well-done is that even late in the movie there are still some surprises that give the events more depth. In addition, it is not just because of pure chance that the two protagonists come closer to the truth. Instead, they actually work for it. And that's not something you can take for granted in today's movies... 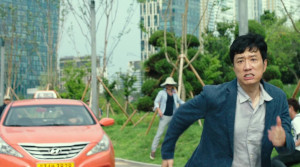 Despite everything, there are, of course, some entanglements that one might consider a little too practical for the development of the story. This specifically includes time and spatial aspects. But even the biggest critic will have to admit that certain compromises were unavoidable as to not to put unnecessary obstacles in the story's way. And so, you ultimately come to terms with it. You are probably also willing do that, because the individual characters provide a lot of material on an emotional level. They are also guilty of some serious misconducts, and the consequences that they have to bear because of it cause the problems in the first place. At its core, the movie is therefore also about guilt, revenge, and forgiveness; or rather the question is raised whether forgiveness is at all possible. This makes "A Day" strike the right chords emotionally, and it draws us even more into the events. 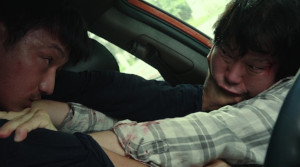 The reason behind the time loop is just hinted at, and the fact that we will not get a (pseudo-)scientific explanation for it is clear right from the beginning, because the movie does not belong into the sci-fi genre. The original title of the movie "Ha-ru" actually means "day", but it could also be a name, which gives the story an interesting touch. It's nothing extraordinary, but a little something on top, and the same can be said about certain parts of the story, which you might have already seen somewhere else, but which are put together nicely here. As always, Kim Myung-min ("VIP") is somewhat inconspicuous at the beginning, but he quickly manages to play himself into our hearts. He carries the movie nicely, while Byun Yo-han ("Socialphobia") is also a good addition and underlines the anger and revenge aspect of the story some more. Lastly, there is the taxi driver, who has some interesting facets to him too. 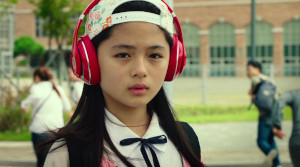 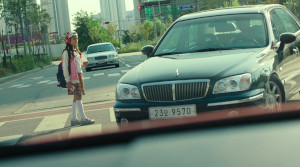 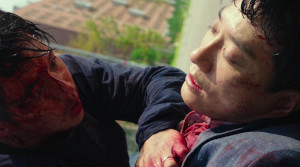 The way things are put together in "A Day" is undoubtedly well-done. Nevertheless, it needs to be mentioned that certain suspense-packed moments only exist because someone constantly repeats that somebody else should stop doing something - instead of briefly explaining the reason for it, which would certainly have led to the desired result. But this is probably just necessary to create a few artificial problems and to keep up a certain level of suspense. And you definitely get a suspense-driven movie here. Especially the countless new developments and several surprises contribute to this. Lately, movies about time loops have hardly anything original to offer, even though that should actually be the subgenre's strength. "A Day", however, offers an interesting approach, which also gets developed further with enough plot material, and which can also appeal to viewers on an emotional level. Above all, it is praiseworthy that the movie manages to be quite touching at the end as well, while it avoids drifting off into the drama genre. A compact and suspenseful thriller, which is certainly recommendable.