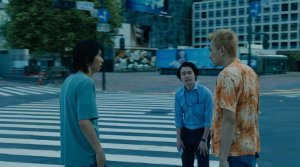 Story: Young Arisu (Kento Yamazaki) does almost nothing else but play video games all day long. His family has already given up on him and so he lives without a thought for the future. The only emotional support he gets is from his friends Karube (Keita Machida) and Chota (Yuki Morinaga), with whom he often spends his nights out. Karube has just lost his job in a bar because he was having an affair with his boss' girlfriend, and Chota has to give his hard-earned money to his mother because she is in a cult. Life doesn't have a lot of positive things in store for the three, but when they're together, they can forget all their problems. One day, however, the three suddenly find themselves walking through the empty streets of Tokyo. There is no electricity either, except occasionally in certain buildings and areas where some kind of games take place. Once you enter the area, you can't leave until you finish the game. If you break the rules, you will be killed by a laser shooting from the sky. Each player gets a cell phone which gives them important information about the game. In addition, everyone has an account with a specific number of days on it, which they can replenish by winning games. When you run out of days, a laser will kill you. For each game you win, however, you get a playing card. As soon as you have acquired all the cards, you can go home. But it is left unclear exactly where home is and in which city the three friends are actually in. Moreover, nobody knows who is behind all these perfidious games and what purpose they serve. His two friends trust Arisu, as he has always been good at solving puzzles, yet the games do not only require intelligence, but also a good physical condition. Besides, the games also play with the participants' emotions. It seems impossible to survive more than just a few of them... 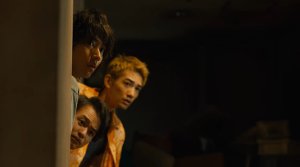 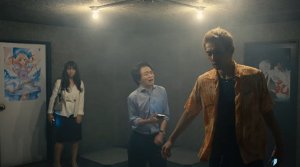 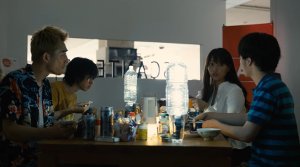 Review: Manga adaptations often carry the risk of not managing to bridge the gap between the different type of media, and the characters and situations might come across pretty exaggerated. With "Alice in Borderland", however, director Shinsuke Sato has successfully created a gripping sci-fi/mystery drama series that is fast-paced and also knows how to appeal to the audience on an emotional level. The fact that the series is so good should not come as a surprise, though, since Shinsuke Sato has already adapted numerous manga, such as "Gantz" or "Bleach". Netflix gives him free rein to do whatever he wants to and so the director can in fact show off his experience and delivers his best manga adaptation yet - this time based on a work by Haro Aso. The deadly games immediately captivate us and come along with clever twists. Understanding their rules and trying to find out who is actually behind the games turns out to be extremely gripping. 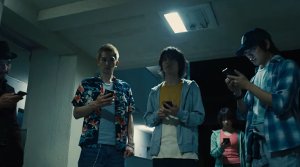 The show is also fascinating because the true nature of people, or rather of the characters depicted here, is slowly revealed. When it comes to life and death, people quickly show their negative sides. This is also pushed to an extreme by certain games, whose obvious aim it is to betray other people and to stab each other in the back. In this brutal struggle for survival, Arisu is the center of attention. He has achieved nothing in real life so far, but seems to have a natural talent for these types of games. Nevertheless, he is anything but a death-defying fellow, and so - also thanks to his friends and new acquaintances -, he has to surpass himself over time. This way, we have the typical story of a hero who is the guiding thread through the series. Arisu is played by Kento Yamazaki ("Your Lie in April"), who manages to give Arisu the right amount of vulnerability and, when push comes to shove, the necessary inner strength. 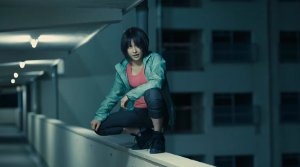 But "Alice in Borderland" has many other interesting characters, too. In this context it is praiseworthy that all of them are written very well and get their very own backstory. We constantly get to see a glimpse into their past, but these scenes are comparatively short, which means that the story never loses its focus. This is normally a problem which similar post-apocalyptic shows often have when they spend too much time showing the character's memories. Here, however, the director even manages to expand the series' scale through these small subplots, as the question at the center of the show is still how you can preserve humanity under the given circumstances. Therefore, it is necessary to have personalities which were written neatly. In this respect, the show even keeps surprising us towards the end, when we unexpectedly get to see one or two touching backstories, which make us think about some characters a little bit different. 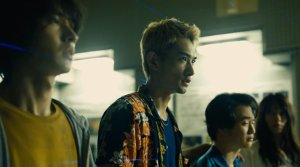 At the beginning, the series focuses on the games and the world's rules. After this introduction, starting from the second half onwards, the show focuses more on the question of who is actually responsible for all this and what is supposed to be the meaning behind it. The enigma of this world is omnipresent, and over time we get enough answers in order not to get frustrated, but we also do not get too many answers either, so it never gets boring. It quickly becomes clear that there is little hope of defeating this system of dangerous games and actually being allowed to go home in the end. Because with only eight episodes, "Alice in Borderland" cannot pave the way for getting back to normality that quickly. At first, it seems as if each episode focuses on a different game, but that changes soon enough and by doing so counteracts the inevitable boredom that would have set in at some point despite the somewhat pretty clever games. In addition, newly introduced characters, about which we are in fact eager to learn more, also constantly give variety to the story. 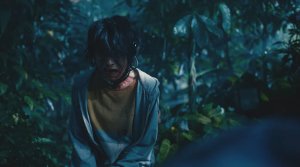 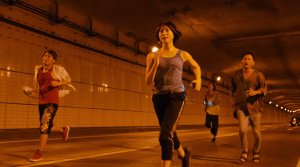 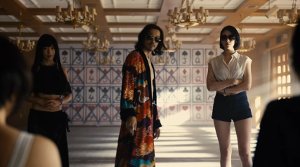 The world portrayed is very believable and the special effects also work very well. Even if it is pretty obvious that this is a Japanese series - which themes such as the traditionally patriarchal society or a youth that wants to escape from the enormous pressures of the meritocracy clearly show -, "Alice in Borderland" seems to be aimed at an international audience. The high production costs also support this theory. All in all, with this show, Netflix clearly has one of those series in its program that you could gladly binge-watch in one sitting. Fast-paced, a high level of suspense, fascinating characters and mystery as well as sci-fi elements all come together and create a very good series, which is a little reminiscent of "Battle Royale" (exploding collars, anyone?) and is also aimed at a video game-savvy generation. But the fact alone that after years a review for an Asian show managed to make it onto this website again, should actually speak for itself. "Alice in Borderland" is definitely a must-see!