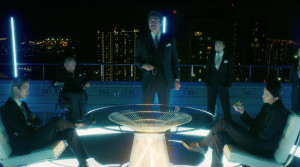 Story: Club Kakerou is the most powerful illegal organization in the country and brings together the biggest gamblers who possess one of the highly sought-after memberships. Baku Madarame (Ryusei Yokohama), also known as Usogui, wants to defeat the club's leader in order to become the boss himself. But he gets beaten and is banished from Tokyo. Three years later, Baku hears that there is someone new who wants to get to the top of the club. Ikki Sadakuni (Shohei Miura) is a scientist who has discovered a new revolutionary source of energy. But after an accident, he tries out gambling in order to become powerful enough to bring out his invention on a large scale. Baku is fascinated by these new developments and does not want anyone else to beat the leader of the club. Back in Tokyo, he happens to meet Kaji (Hayato Sano), who seems to be quite lucky. Baku takes him under his wing and stirs up the gambling scene with him. Kaji acquires a taste for it, but the really big games are reserved for club members only. With the help of an old acquaintance, Ranko (Mai Shiraishi), Baku might find a way to get a membership after all. And it won't be long until he meets the scientist Sadakuni, who does not seem to lose a single game... 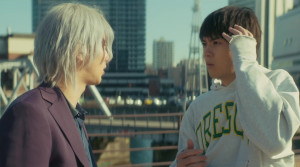 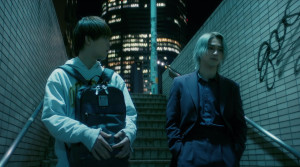 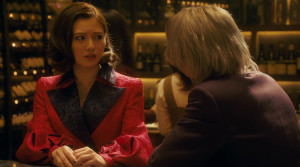 Review: Actually, it was about time that we got a manga adaptation around the topic of gambling from Japan again. And this time, it's Toshio Sako's source material that is used, but the end result is rather sobering. At least, the finale can make up for some of the things that were missed out on, as it presents a captivating game in which the two opponents try to outwit each other. But the story before that is not very captivating, and especially when it comes to the characters a lot of potential was wasted. It's fair to say that after the introduction the viewer is bored for quite some time. In addition, the director does not know what to do with the variety of characters that he gradually presents. All of it simply lacks the thrill you got in movie adaptations like "Kaiji - The Ultimate Gambler". 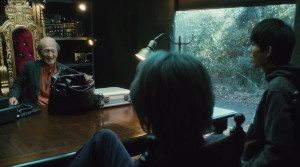 Of course, director Hideo Nakata is still famous for the horror classic "Ring", but since then he is hardly known for qualitatively successful movies. With "Usogui", which translates into "Lie Eater", he most notably failed to convert the story appealingly for the medium of film. Since the movie is quite long with its 120 minutes and feels even longer because of the middle part in which hardly anything happens, you start to wonder why certain pieces of information, which are used to introduce the characters, are constantly and unnecessarily repeated. That time could just as well have been used to flesh out the individuals a little more. Kaji, for example, is written quite uninterestingly, sometimes he is hooked on gambling, and then he backs down again, which is why he is hard to grasp. At least, he is lucky and therefore serves the hero of the story as a lucky charm. 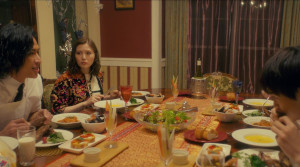 You can't say a lot about the rest of the characters either, as there's simply nothing there. For example, what kind of purpose is Ranko's one-sided love supposed to fulfill? Characters like Leo turn out to be even less important. Baku is a little more fascinating, though. As he is not necessarily a good guy, but he treats his friends well. At least that's what it looks like - at the beginning, you are not so sure about that. But the movie could have done much more with this unusual hero. At least, Ryusei Yokohama manages to add some charisma to his role. The actual villain, however, is such a flat character that we hardly get to see him. But "Usogui" is actually about Baku's adversary - Ikki Sadakuni. And he is probably the flick's biggest strength. An ambivalent character who is not the typical villain, and about whose tragic backstory we learn later on. 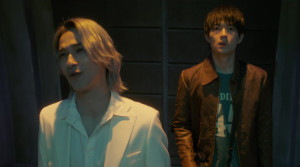 After you become aware of the scientist's background, you are almost tempted to cheer for him. Unfortunately, his demeanor is not very likeable, and so we are somehow missing a connecting piece, which explains how Ikki became this person. If the movie had taken at least ten minutes to explain this "Usogui" could probably have worked much better on an emotional level. Instead, the individuals often behave too much like anime-characters, which can get quite annoying over time. But if the flick fails to tell a captivating story with emotional depth, then hopefully, at least the games turn out to be exciting? That's what you keep hoping throughout the movie, until you realize that you've been watching for more than an hour and there is still nothing great happening in that regard. Up until the finale, the scenes at the gambling table etc. unfortunately remain extremely unoriginal. 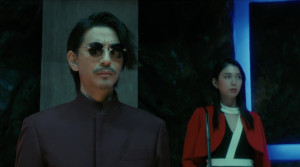 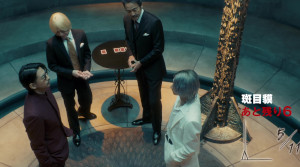 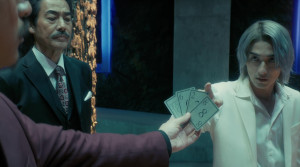 However, it would also be wrong to say that the last game is creative. But at least, the kind of suspense is built up here that we expected all along. Finally, you get drawn into the movie. Of course, well-known genre clichés are used here. It looks like the hero is hopelessly losing, until we're told that this is all part of the plan, as Baku had to forge his tactics first. And of course, there is no time for the actual showdown with the leader of the club, because for that you have to wait for the sequel. Even though the flick chooses to take a nice path with this, the flick could actually just end here. Perhaps the director was already aware of the fact that "Usogui" would neither reinvent the wheel nor create a successful genre entry justifying a sequel. Be that as it may, "Usogui" is absolutely not a must-see.