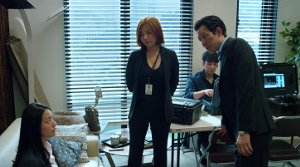 Story: The Asia Cup Soccer Finale between China and Korea takes place in Seoul. A player's wife is kidnapped by a blackmailer who wants to give the striker of the rival Chinese team an incentive to win the match. The head of the police unit which investigates the case is Kang Seung-joon (Lee Jung-jae). The blackmailer can be found in the doctor's office of psychologist Yang Xi (Yang Yueting). Since an accident Guo Zhida (Wallace Chung) is disfigured and after his brother recommended it, he went to Yang for psychological counseling. Now, he put a bet on the soccer game and wants to win it by all means, which is why he kidnapped the player's wife. Thanks to Yang helping, Kang manages to find the blackmailer's apartment and frees the woman. But in the apartment the police also finds an enormous amount of explosives. However, a large amount of chemicals on a list is nowhere to be found at the place. A map in Guo's apartment indicates that the stadium is the terrorist's true target. Guo agrees to bring the police to the stadium and show them the bombs' location as long as Kang puts something on the line in a bet. Kang doesn't have any choice, but he is also supported by the psychologist, who finds out pretty soon that Guo is giving both the police and herself the runaround. Guo seems to have completely different intentions from what they thought at first and he seems to have planned out his entire game down to the last detail. 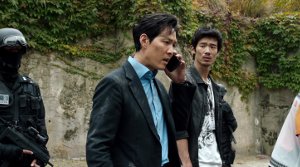 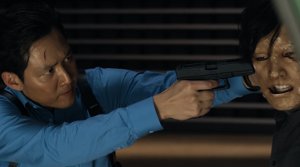 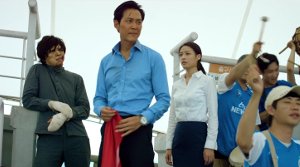 Review: "Tik Tok" is an international looking action thriller lacking some sort of personal identity. This Chinese-Korean production knows how to entertain for the most part, but every time the action slows down a little bit - or, unfortunately, sometimes even when it doesn't - you realize that there's nothing original about this movie. At first, you get the impression that you are watching a movie that has been put together from different pieces of other movies. But after some time, the script throws one twist after another at us and everything gets frustratingly unbelievable. The characters' motives are odd, like the ones of the psychologist, who turns out to be a better investigator than Kang, and all that just because she feels her intelligence being insulted by her patient, which is simply implausible. But this is just the beginning. There is quite a lot to criticize about this movie. 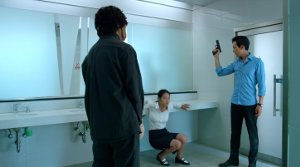 After the kidnapped wife has been saved, the movie seems to have found its focus. A bomb which is hidden in a stadium. Three bombs to be exact. Guo, played by Wallace Chung ("Three"), is a maniac, who loves a battle of wits. But his games are not witty at all. Some of the potentially suspense-driven scenes are not working either, for instance, when Kang is forced to put a weapon to Yang's head. After everything in the stadium has been wrapped up, there is still half of the movie left. What else is supposed to happen? Well, behind all the bombs there lies an ingenious plan! Only that nothing is genius about this plan; it only builds on variables, that normally would very unlikely have led to the outcome of the story. But we haven't reached the finale yet, not at all! 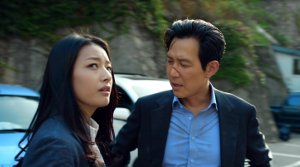 Because at the end, there is one revelation after the other and even if you still would have been willing to accept some improbabilities, at some point it just gets ridiculous. There is even a scene after the credits which hints at a sequel, which does not make any sense at all The plot tries to throw together all kinds of different elements of various thrillers in order to create a good movie. But it is not as easy as that. The movie's style is weird, too. The pictures don't seem as polished as flicks from Korea normally present themselves, even if the movie takes place in Seoul. Nevertheless, Li Jun's direction does not deliver images which would have hinted at a Chinese movie either. Therefore, the movie's identity is basically in limbo and only aims at entertaining an international audience. But without real character the movie only leaves a bad aftertaste and doesn't seem to know where its roots are. 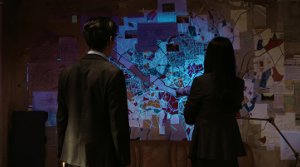 Lee Jung-jae ("Operation Chromite") plays the leading character and even though he seems to be talking Chinese in his scenes, he was dubbed later in production. Which is extremely irritating because we are presented with a mixture of Chinese, Korean and English in this movie and to be consistent you would have needed to dub the English by native speakers as well. After all, you can hardly understand the English spoken by most actors. Kang doesn't manage to raise any interest in his character and the psychologist, portrayed by Lang Yueting ("Office"), is the only character left to relate to as an audience. But her character is not fleshed out either. Oftentimes the script attributes the characters with a shocking amount of stupidity, which makes us lose interest in them, too. Moreover, the movie lacks chemistry between the characters, which would have been absolutely necessary, especially between the terrorist and the police. 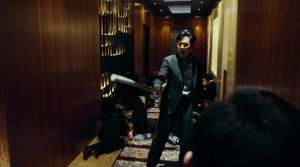 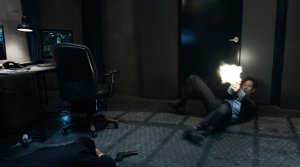 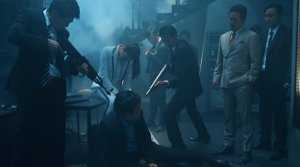 Up until now, everything may sound rather negative. Nevertheless, there are also some positive points, which make "Tik Tok" quite entertaining, as well. There is the consistent high pacing and some well-done action sequences, for instance. When Kang suddenly finds himself in a mobster hideout, there is an homage to "Oldboy" with a fighting scene in an elevator and through a hall. After that, there is a surprisingly well-done shoot-out sequence, which gets the adrenaline flowing. Unfortunately, that is not the finale! The finale, on the other hand, is rather anti-climactic. "Tik Tok" does not manage to impress us as an expensive action flick, either, for that some special effects are too obviously created digitally. In the end, you get an okay action thriller, which just copies almost everything from better movies of the genre. The result doesn't necessarily have to be bad for that reason, but the movie does simply lack some sort of originality.