Original Title:
The Night Comes for Us

The Night Comes for Us 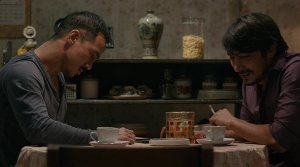 Story: The triads of Southeast Asia control 80 percent of all the smuggling activities. The so-called "Six Seas" are responible for maintaining order and making an example of everyone going against the will of the triads. One of those men is Ito (Joe Taslim), who one day wipes out a fishing village since some of the fishers helped themselves with the drugs. However, he doesn't have the heart to kill a little child, Reina (Asha Kenyeri Bermudez). He kills his own men, takes Reina with him and finds shelter at his ex-girlfriend's place. His close friends Fatih (Abimana Aryastya) and Bobby (Zack Lee) also come to his help and give him the advice to leave the country as soon as possible. After all, Chien Wu (Sunny Pang) has put out a contract on him, a gang of killers led by Arian (Iko Uwais) already being on its way. Chien promises Arian the position as a Six Seas that will soon become vacant and even though Ito and Arian have been close friends back in the day, Arian doesn't have any other choice but to betray Ito. A gang of killers storms the apartment Reina has been taken to and Fatih and Bobby have to fend off the attackers in a bloody fight. Meanwhile, Ito is getting his money which he placed with "The Butcher", but gets attacked as well. Ito is now simply driven by his will to survive and take revenge. 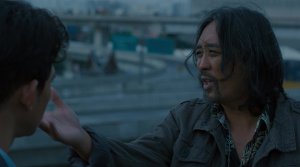 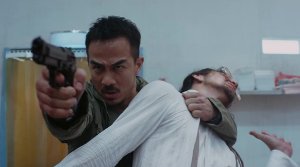 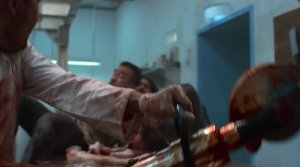 Review: If you are looking for a martial arts movie that features so much blood and violence that any one of the protagonists easily could be the killer in a teenie slasher you have come to the right place. In this movie the adrenaline is pumping through your veins with such speed that you will only realize after the two-hours long carnage that you had an uneasy feeling in your gut all the time. The action is captured with such finesse, though, and the fights are enriched by such terrifyingly brutal ideas of the bloodiest demise of the enemies possible that you just can't avert your eyes even if you wanted to. Director Timo Tjahjanto manages to create an obvious continuation of his movie "Headshot", which also wasn't to be underestimated and which already gave us an idea what the director would be capable of with a bigger budget. Moreover, with Sunny Pang, Julie Estelle and Iko Uwais the same actors reunite. 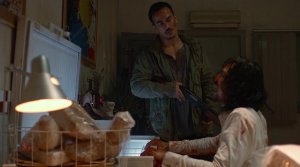 Of course, Joe Taslim is known for his role in "The Raid", a movie which shares the same level of violence with "The Night Comes for Us". Although in comparison, the director shifts up a gear. After a real bloodbath that would have given material for the showdown of three acion flicks, you realize that this was merely the movie's first half. The violence is captured in such a realistic way that you will be in awe of the very well done special effects. Nowadays, you are accustomed to everything being brought to screen via CGI. Yet, you can still tell the difference between those and physical special effects and director Timo Tjahjanto is aware of that. Not even blood splattering is done at the computer. If there is CGI at all it is very well and subtly integrated. The physical special effects also make the actors react differently, it seems, and during the violent conflicts you actually get the feeling that everyone is fighting for bare survival. 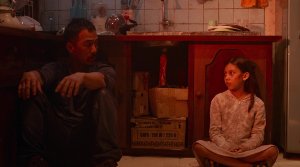 And there is a lot of fighting. Of course this also means that the movie is aimed at a certain audience. Those who aren't fans of the genre and of bloodshedding with an exaggerated depiction of violence modelled after old Hong Kong action flicks will be at the wrong address. Granted, it is justified to criticize that the level of violence is so high that it almost borders on ridiculousness if the action weren't so intense. But right after a short introduction the movie makes no secret of what it wants to be. The director makes no experiments, but sticks with his vision of a simple action flick he had in mind. This gives him the opportunity to focus on his strenghts. A dark and gritty atmosphere, potential killers at every corner, well-done sets, perfect integration of the surroundings into the fights and recognizable villains, even though they certainly wouldn't hold up to a closer examination of their personalities. 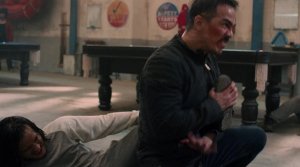 So let's take a look at the weaknesses for a change. First, there is the story which is reduced to the most fundamental aspects. Doesn't bother. Then there are the characters. No one is really a good person here. Everyone (with the exception of the child and Ito's ex-girlfriend from the introduction) deserves to die. Nevertheless, we can root for Ito. Great. He has already executed countless innocent people by order of the triads, but now he wants to change his life. Why not... But then there are more and more parties turning up, who all have their own agenda and in the end fight each other. This is where the director will lose most of his viewers. Who has what motivation to kill person x or y becomes one single question mark at some point. Let's take the female killer for example, who actually is supposed to kill Ito. Is there some background story motivating her actions which has been cut from the final product? It's more probable that the screenplay didn't care that much about such "minor plot details". 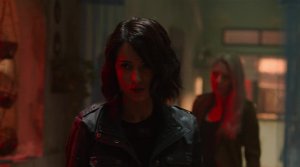 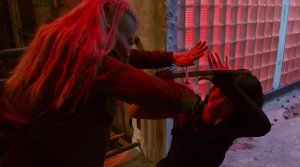 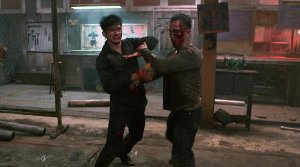 This also includes Iko Uwais, who in fact isn't the villain, but has somehow been pushed into that role. There is also some good acting from Uwais, whereas his fight choreography is what really deserves some praise. Next to that there are also a few supporting roles that score with some surprisingly good acting. And director Timo Tjahjanto further improves the action by contrasting it with some tranquil, almost meditative scenes, which stand out thanks to the all in all fantastic cinematography. The camera work isn't just convincing during the action sequences, after all. Very well done editing with innovative fade-ins and -outs is the icing on the cake in technical respects. This, along with its great, hyperviolent action and the fact that the actors/actresses do (almost) all of their stunts themselves, elevates "The Night Comes for Us" far above being just mediocre. You just have to take a look at the number of extras when the credits roll to realize that no other movie this year can hold a candle to "The Night Comes for Us" when it comes to body count created by machetes and similar weapons. For fans of the genre this is a true feast!