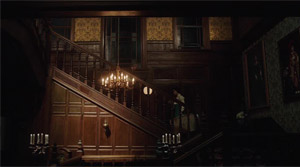 Story: In the 1930s, during the Japanese occupation of Korea, Fujiwara (Ha Jung-woo), a conman who introduces himself as Japanese and is a specialist in forging, hires the girl Seok-hee (Kim Tae-ri). She is supposed to become the handmaiden of Lady Hideko (Kim Min-hee). Hideko is soon about to marry the uncle of her deceased mother, but Fujiwara has different plans. As the new handmaiden Seok-hee is supposed to make Hideko fall in love with her new art master, Fujiwara. Fujiwara's plan is to marry Hideko, take her Japanese name and by doing so get his hands on her fortune. After that he wants to commit her to an institution. His plan is well thought out, but the mentally everything but stable Hideko starts to have feelings for Seok-hee, as does the handmaiden for her victim. Yet, there is no wavering for Seok-hee whether she should betray Hideko or not, since she has spent her whole life as a thief and finally wants to hit the jackpot. However, it doesn't turn out to be that simple anymore to convince Hideko of Fujiwara's assets. And when Seok-hee finally succeeds, she starts to have feelings of jealousy herself... 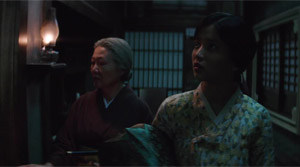 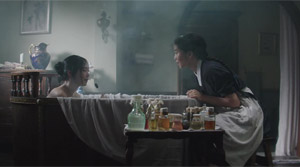 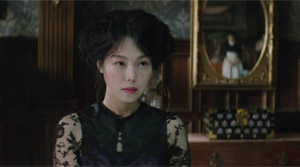 Review: The blindness of most critics becomes more and more irritating, or maybe director Park Chan-wook simply doesn't suit my taste anymore. If you read the reviews to "The Handmaiden" you could think this is Park's best work to date. That's not the case, but Park certainly delivers a good movie after all this time again. On the one hand this is thanks to his once again wonderful pictures, which you can't get enough of, and on the other hand this is the effort of well elaborated characters. The story is interesting as well, even though it struggles with the problem of presenting its actual twist even one third or one half into the movie. After that there isn't really any surprise left to see worth mentioning. Yet, the surrealism, which is constantly apparent, helps to keep things full of suspense. 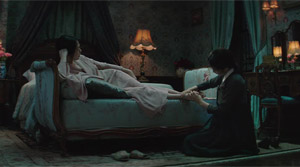 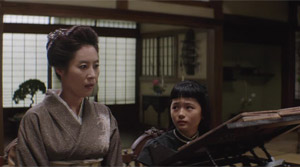 However, I don't want to create the impression as if those scenes are actually feeling out of place. In fact, those elements seem surprisingly coherent, which is quite the impressive feat considering all the different gears in this clockwork of a movie. Moreover, the film also deals with the topic of perversion since the owner of the mansion has a very unique preference in the literature genre. Park bestows something mysterious upon his story by constantly refering to locations or giving information that only play a major part much later on in the film. This leads to things still always being thrilling even after the actual twist has been revealed unusually early so that you can easily piece together the rest of the main plot yourself. This in fact turns out to be the biggest flaw of the movie. Especially since you somehow expect an additional twist at the end, even though you will be disappointed if you do so. 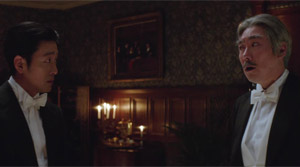 The movie's mysteriousness is also reflected in some very surrealistic scenes. Contrary to Park's latest works like "Thirst" this isn't simply alienating, but fits the movie's tone and almost pushes the movie to the boundary of dreams. The wonderful pictures and perfect sets with their Victorian style also add to this. You certainly get to see some scenes that you haven't seen like this in a movie before. But this doesn't make the story itself incredibly original, even though critics want to make you believe otherwise. Still, the characters are well elaborated and their actions are quite believable, which is something you can't say of Park's last movies. Thus, the audience doesn't just have a few individuals to sympathize with - despite their dark sides - but is also allowed to puzzle over their psychological pecularities. 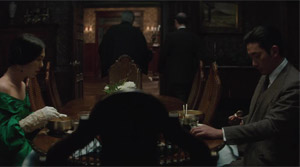 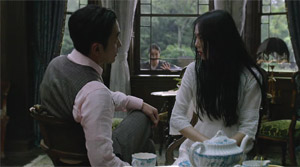 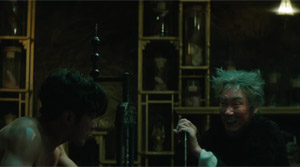 As not to be expected otherwise when it comes to Park's works we get very good efforts from the actors/actresses. Kim Min-hee ("Helpless") is extremely cold at first but gives her character a lot more sophisticated facets as the plot moves forward, carrying her mental scars, which she suffered from her strange uncle, played by Jo Jin-woong ("A Hard Day"), with great authenticity. Ha Jeong-woo ("The Berlin File") also convinces in his role. Furthermore, the audience is always wondering if what is said is actually true or if the characters just act in order to achieve their personal goals. This requires a good amount of sensitiveness from the actors/actresses as well as the director. Park Chan-wook enchants with pictures that are composed with a keen sense for small details and a fantastic atmosphere. However, the movie also turns out to be quite lengthy at times and ultimately "The Handmaiden" isn't that complex. Apart from that Park has finally delivered a wonderful piece of movie magic again.