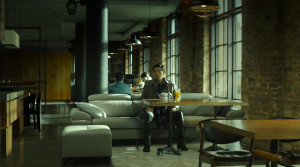 Story: A man (Yoon Kye-sang) wakes up injured next to a car. He seems to have had an accident, but he also has a gunshot wound on his shoulder. He doesn't remember anything, but he's sure about one thing: The man who looking back at him in the mirror is not really him. He tries to make sense of what might have happened, but the room around him suddenly changes and he finds himself in yet another body. It turns out that every twelve hours, he is zapped into a different body, which makes it quite difficult for him to find out more about himself and his past. His only clue so far is Moon Jin-ah (Lim Ji-yeon), whom he eventually confronts. But it seems as if she is being chased, and she is also looking for someone named Kang I-an. She is not the only one, though, as Park (Park Yong-woo), the enemy of the man with amnesia and the ability to switch bodies, is looking for the missing I-an too. Could it be that the desperate man searching for his identity is actually I-an? But why does he only wander into certain bodies? How do the men relate to each other? The man without a past has to follow the few clues he has in order to get to the bottom of things, without people around him suspecting that he is actually someone else. All this turns out to be a bloody hunt for clues, though... 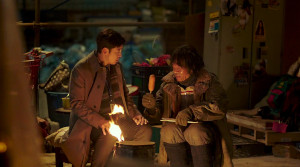 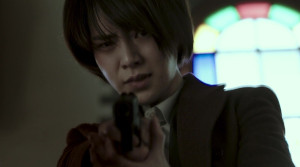 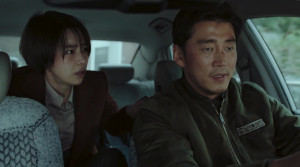 Review: "Spiritwalker" seems to have fallen victim to typical marketing strategies for the West. The poster alone suggests a highly explosive action flick. But even though the movie rarely gives you time to take a breather, you do not constantly get gunfights either. The beginning actually gives us a surprising amount of time to experience the protagonist's disorientation. At the Korean box office, the movie was quite a success, so that there is even a remake in talks. On closer inspection, though, the script has a B-movie charm. The premise is definitely interesting, even though the amnesia aspect cannot really be called a stroke of genius anymore, but the spirit walk aspect opens up some fascinating possibilities. Unfortunately, only a few of them are used. And when it comes to the resolution of why I-an wakes up every twelve hours in a different body, you have to be prepared for quite some disappointment. 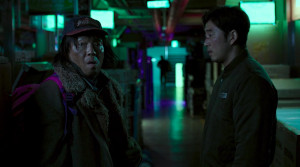 The movie is about a special unit, drug trafficking, betrayal, amnesia and some other ingredients necessary for a proper spy thriller, even before the Jason Bourne series existed. The story constantly throws new developments at us and it even manages to maintain a certain level of suspense. New characters turn up leaving us in the dark about how they relate to each other. But for the viewer it is clear quite quickly - whereas I-an needs some time and the help of a homeless person to get there - that our hero does not spiritwalk into bodies at random. Then again, he is not able to influence it and it happens exactly every twelve hours to the second. Guidelines like these are of course important to create some exciting situations which can take these rules and play with them. But when you actually get the resolution for the spirit walking, it turns out that the whole thing really makes no sense at all. 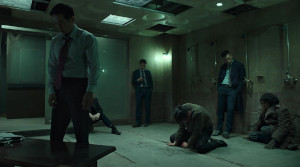 Unfortunately, these are the moments when the already mentioned B-movie character of the flick shines through. Contrasting that, there are some pretty decent special effects. For example, a lot of effort was put into visualizing the spirit walking, especially at the beginning. The environment slowly changes around I-an, and the director actually didn't take the easy way out here, because the camera even keeps moving in the process. And those moments in which I-an can be seen twice on screen are executed flawlessly too. With "Heartbeat" director Yoon Jae-geun had already put together an action thriller before, even though it was interspersed with quite some drama. This time, however, he thankfully focuses on what's important, and even the female supporting role, played by Lim Ji-yeon ("Obsessed"), does not needlessly bring romance or drama into the movie, instead she's a surprisingly tough female character, whose role in the mysterious circumstances still has to be figured out. 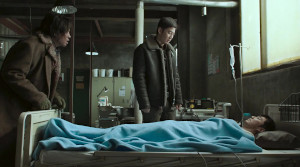 I-an does not always proceed very intelligently as he tries to figure out the role of the person whose body he has just slipped into. His questions are sometimes incredibly naïve and often enough he ensures that the person whose body he eventually leaves finds himself in a rather unpleasant position. I-an's skills also seem to grow over time, and you briefly have to ask yourself whether he simply taps into the muscle memory reactions of the person he's "guest-starring" in at the time, or if he actually starts to slowly regain his own abilities while uncovering his past. We don't get a direct answer to that, but at the end, he's still the kind of killing machine you actually had expected right from the start by just watching the trailer. In fact, the way he faces a whole regiment of opponents with absolute ease during the showdown makes for quite a disruptive transition. As if he had suddenly slipped into the body of John Wick. 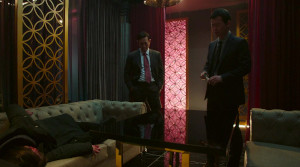 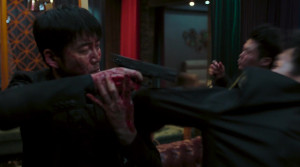 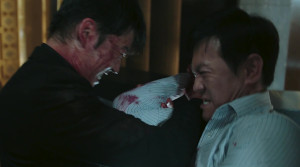 But the finale also turns out impressive because the set-design is really beautiful, and - unlike before - the action now gets a sophisticated choreography. In addition, a lot of effort was put into the right mixture of gunfight and close combat, and because there are as few cuts as possible, you can admire the craftsmanship in its entirety. Actor Yoon Kye-sang ("The Outlaws") also deserves great praise here. Earlier, a mixture of car chases and some small skirmishes made you wish for more action, but the showdown manages to fully satisfy all your needs in that regard. As a whole, "Spiritwalker" can clearly be recommended to any action thriller fan, but the story itself simply remains too hackneyed, including some rather stupid attempts to explain the premise. In addition, you also have to be quite patient in order to be rewarded with some real action. It seems as if the movie would just have needed some more fine-tuning.