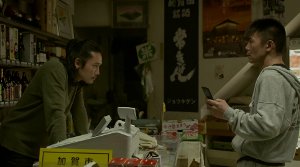 Story: Toshiro (Tak Sakaguchi) is the uncle of little Sachi (Yura Kondo). His dreams constantly remind him of his past as a paramilitary killer called Ghost. Ghost is a legend who is supposed to have fought in every battle in the world, but if someone could actually be the embodiment of this legend it's Toshiro. He often visits his old brother-in-arms Kenichi (Takumi Saito) who is now wheelchair-bound and blind. Toshiro leads a simple life, but he is content with it, as far as this is possible for a man who carries a killer instinct within. But one day his old team turns up and wants to kill him. His former superior Phantom (Akio Otsuka), who has brain-washed little children and turned them into soldiers, wants to see him dead. Toshiro realizes that he has no other choice but to chose the path of confrontation. He lets Phantom kidnap little Sachi since he has put a tracking device on her, and now he knows where Phantom's secret base and his army is located. With the help of two friends and only equipped with a knife Toshiro assaults the enemy base and lives up to his name: Ghost. 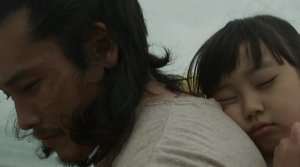 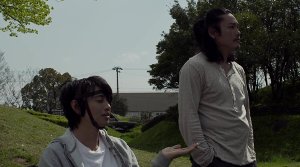 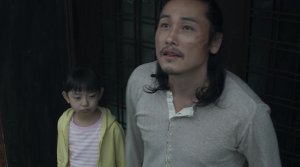 Review: Being praised as the ultimate martial arts movie I didn't really expect too much, to be honest, as director Yuji Shimomura has already brought to screen "Death Trance", also with Tak Sakaguchi in the lead, which didn't manage to win me over. While the budget wasn't that big back then at least the pictures looked neat, which can't be said about his new movie as we get the impression of a cheap production, although this luckily isn't that prominent since good camera equipment is quite affordable these days. To make a long story short, "Re:Born" is a movie which only martial arts enthusiasts will take pleasure in watching since there isn't truely a story. Unfortunately, the action couldn't fully convince me either since there has been made the one mistake you should avoid in an action movie: The fights get repetitive. 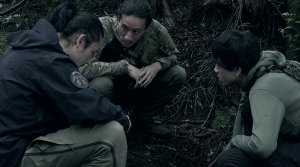 Tak Sakaguchi ("Shinobi") returns from early retirement and lets his fists fly once again. His trademark style is still his explosive, in-your-face style. With the difference that this time he mainly wields a knife. Yes, there is a true bloodbath and throats are at some point even cut by the second. The movie is brutal, but not as bloody as you might think. Yet, there are every now and then scenes where even watching hurts. During the action sequences the fighters don't go easy on each other and the knife fights resembling Philippine martial arts are fun to watch. However, only as long as the choreography manages to deliver something new. When the movie hits the finale during the second half there is one giant 45-minute long fight scene featuring so many mercenaries getting killed in a forest that any 80s/90s Schwarzenegger action flick would want to sink into the ground. 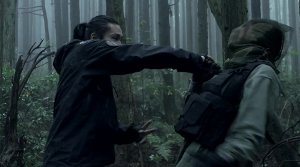 I didn't count, but Ghost in fact seems to take out about two hundred soldiers. At some point this isn't enthralling anymore. In the beginning, it also poses a problem that no one really shoots at Ghost. He may have supernatural skills and dodges bullets without any problems, but there is never a group of supposedly well-trained enemies trying to take him out with continuous fire. Yet, this is one of the elements you can overlook soon enough. The supersoldiers naturally have to showcase supernatural abilities and so it also doesn't come as a surprise that Phantom uses some kind of hypnosis towards the end. With its paramilitary tone "Re:Born" doesn't only remind us of action classics of the 80s/90s though, but also of the "Metal Gear"-series, a fact I wouldn't point out if I hadn't come across another critic who also noticed this. And as some sort of nod to the series the original dubbing actor of Solid Snake, Akio Otsuka, actually plays the villain Phantom! 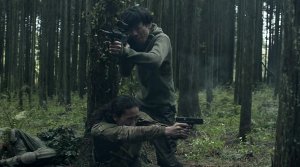 What else is there to see, apart from the action, which despite the high pacing later on starts to drag on too much? At first, it seems as if the picture actually has quite a few to offer. With little Sachi Ghost also gets a human side and in the beginning it's in fact easy to sympathize with him. Even when he disposes of some assassins hired to kill him in a crowd of people without attracting attention, easily one of the movie's best scenes, this doesn't make him less likable. It's actually the fact that there is a killer within him as is a caring substitute father which makes his character so fascinating. We want to know more about him and it even seems as if we would get what we want. But then Ghost loses his human side as he butchers his way through an enemy army while nothing of his background story is of importance anymore. Why, for instance, is he talking to a therapist if he doesn't/didn't have any problems killing? 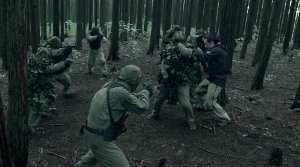 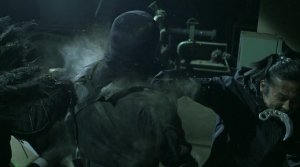 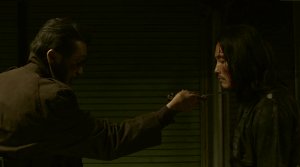 I was also a bit disappointed by the pictures. Director Yuji Shimomura doesn't show anything out of the ordinary here and the fact that the movie almost solely takes place in a forest during the second half gives "Re:Born" a low-budget paint. There isn't more to say, really. Tak Sakaguchi delivers in the action scenes, as he did back in the day. However, the most impressive is the first half of the movie in which he succeeds in delivering an interesting character. Then, the flick throws its thin plot over board completely and showcases action without a breather, which is exactly why there is a lack of a true climax. Maybe it's because I personally don't like military fighting styles since the choreography gets repetitive, but all in all "Re:Born" couldn't win me over as an action flick either.