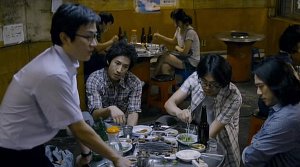 Story: Jeong Bae (Lee Sun-kyun) is a comic artist, but up until now his big breakthrough kept him waiting. His last comic was declined and now he doesn't know what to do next. But then a friend tells him about an international competition in the category adult-comic books. The prize money is 100.000 dollars and Jeong could really use this money to buy back a painting that his famous father drew. It's not just an ordinary painting, it shows Jeong as a baby with his mother and it is the only memento he has of her as she died quite young. However, he is aware of the fact that he needs somebody to write the storyline for his new comic book because he has very little talent in this area. Eventually, he finds the young women Da-rim (Choi Kang-hee), who writes a sex column for a magazine. Her ideas for the comic book all seem rather profane to him and only provide bad reasons for violent scenes, nevertheless, it seems to be well received by a test audience. When it comes to the sex scenes Da-rim is rather imaginative, but in reality, she just tries to hide her inexperience in that area. Oftentimes, Jeong is everything else but thrilled by her suggestions, but in the end, the two make a good team and over time, they get closer and closer. 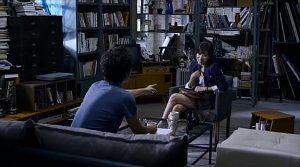 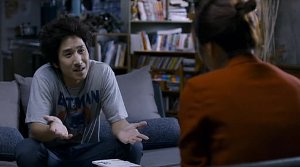 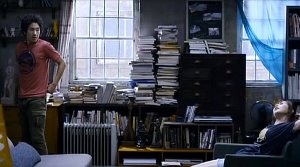 Review: Once again, we get a movie whose poster and title is not really promising, particularly original or even good. But don't judge too early. Like the female protagonist mentions with a twinge of self-awareness, Korean cinema doesn't have the money to put ginormous productions on screen, but that doesn't mean that you have to always stay stuck with romantic comedies. There's some truth to that, but on the other hand, there is an audience for this genre, so the movie industry has to meet the demand. "Pretty Romance" was only moderately successful, the reason being that it was X-rated. But this might actually even raise an audience's interest and attract people, who normally would not have strayed into this genre. Nevertheless, you have to make clear in advance that there actually is no real reason for this rating. There are just a few comic strips that show some sex and violence. 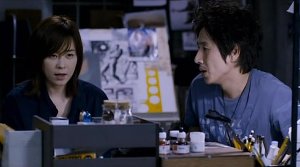 Everything begins rather typical. There are two individuals who didn't achieve anything in their lives and are now clutching at straws. When it comes to Jeong Bae, it is his life dream, Da-rim, on the other hand, does not really know what to make of herself and just gets the job with the comic artist somewhat by chance. She doesn't seem to have real talent, her stories are rather profane, which is also the reason why we don't get to see a lot of her comic book storyline, except for some few passages. However, she does know how to sell herself and therefore, she is the one who wears the pants in the working relationship. Eventually, the two have their fist argument and one of them has to apologize for his/her behavior. Whoever makes the first move will either change the relationship's dynamic or everything will just stay the same. An interesting moment in the movie. 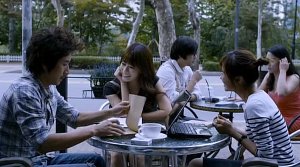 Of course, there are the mandatory moments of misunderstanding about who likes who but this is portrayed rather humorously. "Petty Romance" has some really funny sequences and therefore works as a comedy quite nicely. The love story is not just an embellishment, though, it represents the movie's core. Nevertheless, there is some very well written slapstick, which never comes across as cheap. The relationship between the two develops quite nicely, as well. The movie's pacing is fine most of the time, only at the end, you can get the impression that the movie could have been a little bit shorter. The fact that the mandatory falling-out happens rather late within the storyline is not bad either, because everything else would have destroyed the lighthearted overall tone. But where does the material fit in, which gives the movie its X-rating? Sure, there are some revealing dialogues about sex, but all in all, it's just the comic strips that cause the X-rating. 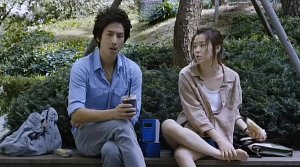 Because they want to draw an adult comic book, there has to be some sex and violence. However, it is hardly earth-shattering and the violence is so exaggerated that it seems literally comic-like. Therefore, the rating still seems a little bit weird. In some few sequences real life locations mix with comic drawings, but this method is used scarcely and represents situations that are just happening in the protagonist's head. Of course, Lee Sun-kyun ("A Hard Day") cuts a fine figure in his role. Jeong is lovable, but also has his pecularities. The same goes for Choi Kang-hee's role (who was already successful in the rom-com "My Scary Girl"), but we are constantly told, that she is not particularly pretty. However, the writer is both very feminine and boyishly nonchalant by which she wants to hide her sexual inexperience. 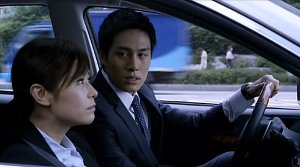 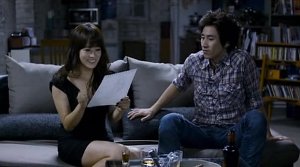 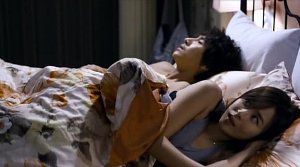 It's fun to watch the relationship unfold, because the chemistry between the two characters works quite nicely and there is some well-done humor. As is typical for movies of this genre, you can criticize the fact that you can foresee where problems will arise quite quickly and that they absolutely could have been avoided if the characters would have just talked to one another. But because the story of the comic book is nothing extraordinary either, you can't expect anything big from the scriptwriter. Nevertheless, the comic book is a nice little playful addition to the movie, which is not overused. Drawing is simply Jeong's center of life. Like in "Sword in the Moon" and the later following "Accidental Detective", director Kim Jeong-hoon proves once more that he knows his craft and delivers a well-done romantic comedy, which doesn't get everything right but most of it.