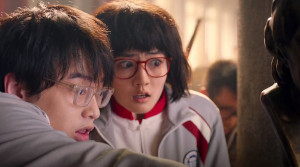 Story: At a Chinese music university, there has always been a feud between the musicians of traditional instruments and those of classical ones. The latter call the others "country bumpkins" while the classical enthusiasts are called "arrogant". Chen Jing (Xu Lu) plays the traditional string instrument yangqin and she is hardly interested in this feud. One day, though, she falls for a piano player at her university, and when she gets the chance, she talks to him. But he doesn't even know what a yangqin is, even though it has the same roots as the piano. After she was sent packing by him, Chen Jing decides to try and catch his attention by forming a music group in which she wants to push her traditional instrument to the fore. But except for the drummer Li You (Peng Yuchang), who never leaves her side, no one is interested. Eventually, she is so desperate that she meets up with the campus nerds, who are mainly interested in manga, cosplay, and video games, but are also excellent at playing their respective instruments. There is the leader Xiao Mai (Liu Yongxi), she plays the string instrument guzheng like no other, then there is the mute Ying Zi (Li Nuo), who is an expert on the violin-like instrument erhu, as well as Beibei (Lu Zhaohua) and Tata (Han Zhongyu), who play the ruan and the pipa, respectively. Chen Jing manages to bring them round by buying them a few action figures, and even though the chemistry between them is not all that great at first, something very special develops between them over time. But will the band still have a chance after Chen Jing confesses her love and shows the pianist what a yangqin is? And will the traditional instruments at the university finally be able to end their existence in the shadows? 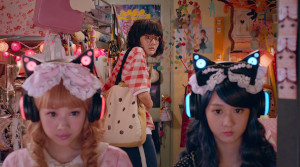 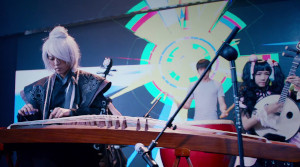 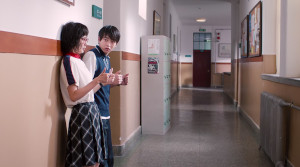 Review: The algorithm for streaming platforms is a science unto itself. Although "Our Shining Days" is on Netflix, the movie was never suggested to me. Even with a general search for Asian movies, this movie never showed up on my list. But then one day, YouTube put a musical play-off between an ensemble of classical instruments and one that uses traditional Chinese instruments into my video suggestions. And so, I found my way to "Our Shining Days," a movie that should quickly appeal to music lovers, even if there are a few small negative aspects. But this comedy is also a good way to get acquainted with China's traditional instruments, which you've surely heard somewhere before. All this is packed into a typical story of the underdog ensemble, which tries to preserve a forgotten art while merging with modern music. The movie also gets a nice special touch thanks to an unusual youthful energy. 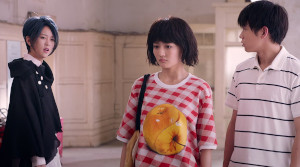 Lead actress Xu Lu also embodies the nerd of the story, at least that's what we are led to believe at first, and the humor is largely rooted in comic-like facial expressions. So is the humor cringe-worthy or is there too much slapstick? Surprisingly not. Most of the time, the movie does not cross the line into the cringe-territory, and as soon as you realize that you are more than willing to get drawn into this somewhat exaggerated world. You have to call it exaggerated because Chen Jing is actually not the nerd! Instead, that description is more fitting for the female comic and video game fans who always show up in costume and full-on make-up, as if they were about to go to Comic-Con. With that, the movie choses an interesting approach, because most young people in China probably only know the traditional instruments from MMORPGs or manga. This way, the flick appeals to younger viewers and shows them the musical history of China. And in doing so, there is no need for didactical tools. 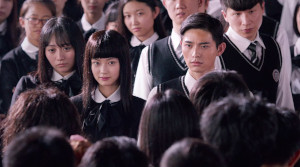 One of the movie's highlights is not only the scene that led me to watching it in the first place, but also the bands appearance at a Comic-Con, during which the visitors first want to leave the room bored after seeing our group with their traditional instruments, but are then to be completely blown away by the music. Because apparently you can get a lot of power out of these inconspicuous and old-fashioned instruments, and you can create modern interpretations of traditional pieces with them as well. Old and new elements merge wonderfully here. Of course, the typical Western viewer will miss one or two allusions, as well as some of the puns, which are part of the movie's humor, but you can still enjoy the music without any prior knowledge of Chinese culture. In addition, the young cast's enthusiasm and vigor is infectious. The most impressive achievement of "Our Shining Days" is the fact that the movie is so approachable despite its unusual instruments featured. 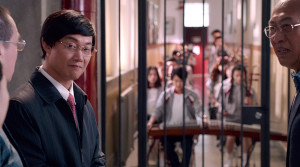 In his directing debut Wang Ran also manages to do an excellent job when it comes to image composition. The university with its wood paneling reminds us of an expensive Harvard-like university and makes for a great set, while the extensive use of sunshine creates warm images. This is why the movie somehow also reminded me of the Taiwanese flick "Secret". However, there are some weaknesses: the story, which follows the typical underdog pattern, and some characters that pretty much only fulfill stereotypes. Nevertheless, the actresses, but also Peng Yuchang as a possible love interest, manage to give their roles an undeniable charm, which is why you can overlook the movie's weaknesses. But the romance, which seems to be a must in a movie with young people, is pretty unnecessary. Although, once more, the flick proceeds surprisingly cautiously and lets this plotline develop more in the background. A few scenes, however - the one with the fireflies and the last concert, in which for whatever reason (perhaps for the children among the viewers) unnecessary CGI is used -, come across a bit forced. 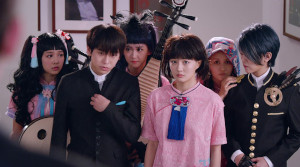 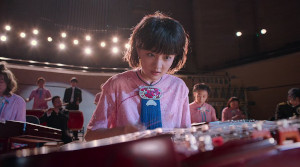 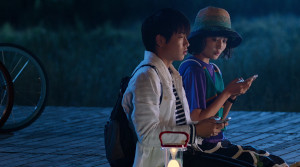 So, there are a few aspects that lower the movie's quality a bit. In general, however, "Our Shining Days" is extremely entertaining and offers a lot for the ears. The wonderfully exuberant mood, the sometimes pretty original humor - for example, Chen Jing is a master of unconventional cooking, so she uses a water cooler to make hotpot (!) in it - as well as the flick's youthful energy clearly turn the movie into a winner. Most people probably thought that you would never need a movie in which instruments like the guzheng, yangqin, erhu etc. are played in full comic costumes, but they are proven wrong. Even though it is uncertain whether "Our Shining Days" can actually arouse interest outside of Asia with platforms such as Netflix, you still have to be grateful that this way you have the opportunity to get to know the traditional instruments of China in an entertaining and musically appealing way.