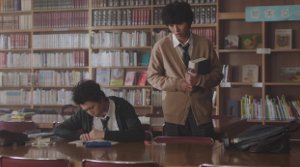 Story: Yuki Hase (Kento Yamazaki) is attending the second year of high school. During a few chance meetings he runs into the girl Kaori Fujimiya (Haruna Kawaguchi), who he is instantly interested in. When he then sees Kaori in his new class he is overjoyed and seeks her company. However, she wants to remain by herself and over and over again lets Yuki run into a brick wall. When the boy doesn't want to give up his teacher tells him in secret that Kaori is suffering from some kind of amnesia. Every monday she forgets what happened the week before. But Yuki has an idea. He hands her a notebook and tells her that the two should write an exchange diary. Eventually, Kaori lets herself get talked into it and slowly comes out of her shell. Every monday before school she reads the diary and therefore knows again who Yuki is. The two become friends. Yuki also introduces her to his friends Shogo (Takashi Matsuo) and Saki (Haori Takahashi). The clique spends some nice time together, but then Hajime Kujo (Shuhei Uesugi) turns up, making Kaori's old memories resurface... 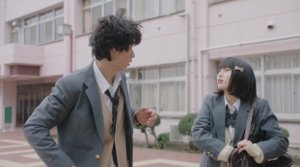 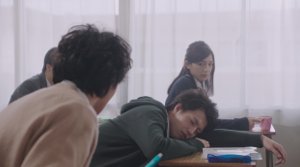 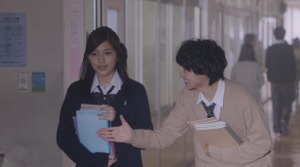 Review: A teen romance revolving around memories and which constantly makes the protagonist forget the past week has to be based on a manga. And that's actually the case. In fact, you get the feeling as if the story has been cranked out alongside similar mangas. That's how many congruencies there are. A street festival where you have to wear traditional clothes? Check. A school festival? Check. A couple running somewhere to escape an uncomfortable situation? Check, again. So why not watch "One Week Friends" instead which is all in all a better movie. If someone would give me a story summary of this kind in a few years I could easily name five different movies. This lack of imagination doesn't really speak in favor of "One Week Friends". 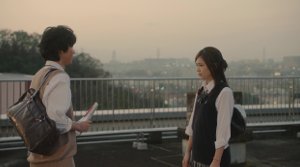 Even though it may give the impression for most part this romance isn't just bad. This is especially thanks to Yuki, played by Kento Yamazaki (who could already be seen in one of those teen romance with the title "Your Lie in April"). He is a good-hearted fellow and his attempts to win tbe girl over eventually make us root for him. Yet, it remains strange that he is so interested in Kaori. After all, she is very withdrawn, never smiles and is simply odd. Her illness also doesn't give any excuse for her behavior. Every now and then she gets recognized by someone she should know and is talked to. Instead of giving an innocuous answer she simply stands there without saying anything, waiting for her mother or Yuki to save her. This doesn't just make her seem coldhearted, but also helpless and even outright dumb. 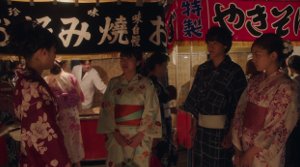 Furthermore, Haruna Kawaguchi ("Creepy") is miscast in the role of the female lead. She also doesn't manage to bring any kind of chemistry to the relationship between her and her male counterpart. That's a problem, but at least there is this pureness of being in love for the first time to be felt thanks to Yuki. Then there are also the supporting characters which aren't worth mentioning, either because they are absolutely dull like Hajime - once again one of those clearly not that good-looking guys who is adored by schoolgirls like a popstar - or who are pushed into the background, as in the case of Shogo and Saki, of which we actually would have liked to see more. However, you have to give the story based on a manga by Matcha Hazuki credit for not being fixated on the love story in the end despite numerous clichés of the romantic genre being served. 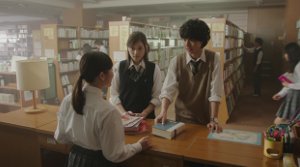 In its core everything revolves around memories and friendship. I have to say that I was surprised of what the ending had to offer. It may be predictable for most part, but there are still a few unexpected twists. Unfortunately, certain confessions like that of Saki are dealt with too casually. And being particularly daft - you can't call it any other way - is that Kaori still suffers from amnesia, even after she knows the reason behind her amnesia, caused by mental issues, and after the door to her buried memories should have been reopened again. Yet, she can suddenly remember one certain individual. And that at one point in the movie she collapses, as not to be expected otherwise, when a certain memory resurfaces is part of the flick's many histrionics. The score also turns out rather corny, which can be heard all throughout the movie and at times consists of poppy feel-good music or is supposed to cause heartache. 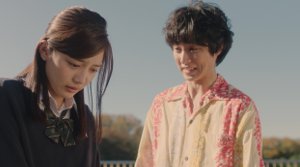 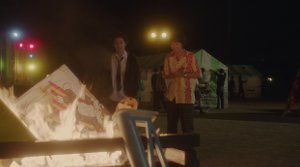 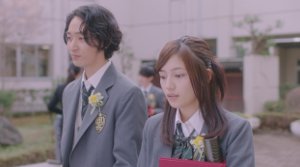 Pretty unnecessary, too, is that everything has to be put into words at the end, despite all of it being completely obvious already. The targeted audience apparently doesn't have the mental capacities to put two and two together, you could assume. Shosuke Murakami has already delivered his movie debut with "Train Man", but more than anything else he has shot a lot of tv shows. Even though you can't tell by looking at "One Week Friends" from a technical standpoint this becomes apparent in his choice of the story material and the way he conveys it. A lot of this is just extremely familiar and the fact that everything isn't simply going down in a sea of kitsch is thanks to the lead character and the pureness of this puppy love. Apart from that the ending turns out to be surprisingly mature. "One Week Friends" is therefore a movie that has annoyed and bored me for most part, as we have seen all of this before, but during some moments it actually manages to melt your heart and surprise you.