Not Quite Dead Yet 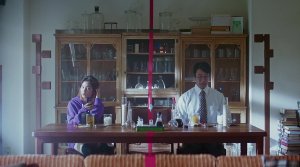 Story: Nanase Nobata (Suzu Hirose) has become completely estranged from her father Kei (Shinichi Tsutsumi) since her mother died. Her father is the boss of a pharmaceutical company and he wants his daughter to take over one day. But she actually hates her father and can hardly put up with him at home. So, she expresses her anger in a death metal band. In addition, her father also lets the young man Taku Matsuoka (Ryo Yoshizawa) keep an eye on the girl, which infuriates Nanase even more. Taku is somebody, who gets hardly noticed by others, so he is the perfect man for the job. In the meantime, Kei is struggling with the fact that someone in the company passes on business secrets. He therefore takes a drug developed by his chief scientist, which makes him seem dead for two days. As soon as he is brought back to life, it should be clear, who the traitor is. However, the problem is that the man who suggested Kei to "die", in the first place, is actually the traitor. Moreover, Kei has not told his daughter about his upcoming death. She is not happy about her father's passing, even if she tries to pretend otherwise. Taku, however, happens to know about her father's plan and eventually lets the girl in on the secret. Now a race against time begins, because Kei's enemies want to cremate the company boss. Only Nanase and Taku have a chance to prevent this. 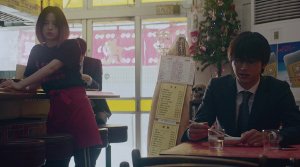 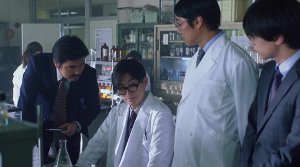 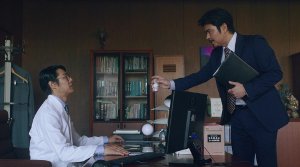 Review: "Not Quite Dead Yet" is one of those comedies that simply won't appeal to everyone's humor. It is over-the-top, energetic, often full of slapstick with the occasional touch of manga. The movie relentlessly walks its own path, and therefore it could either come across as incredibly charming or extremely annoying. The latter, however, would probably be too harsh of a verdict. This is simply one of those silly but entertaining movies that exudes a lot of energy and sometimes runs the risk of becoming embarrassing - but this flick rarely reaches that point. The humor doesn't always hit the mark, sometimes because of the language barrier, other times because it might be a little bit too childish. But there are also positive aspects. The lead actress quickly manages to win us over, the story itself is a heartwarming family drama and a few surprises await us along the way as well. 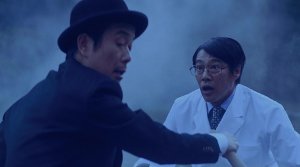 The movie starts out with the protagonists performance at a death metal concert. The lyrics of her song immediately paint a picture about the relationship she has with her father. Disgust and hatred are the dominant feelings. At the age of 21, this can only partially stem from a youthful rebellion, and so we learn in some necessary flashbacks why the relationship between father and daughter is so tense. Kei is a man of science and introduced his daughter to the world of chemistry at an early age. So, as a young child, she could already name the chemicals that produce all the different colors in fireworks. You immediately have to ask yourself whether the father has not just destroyed the magic of beauty for his daughter. We never see the little girl carefree or enjoying the wonders of life, and it shows us that she has missed out on something, which Nanase realizes at some point as an adult, too. 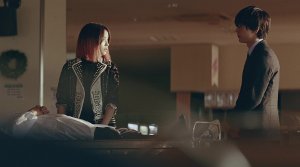 Suzu Hirose ("My Teacher") plays the girl, who is annoyed by her father and has no goal in life, with a fitting level of intense emotions. Ryo Yoshizawa ("Bleach") embodies the counterweight, he is more factual and down to earth. But the father, portrayed by Shinichi Tsutsumi ("Why Don't You Play in Hell?") poses a problem. He is a logical man at all times and also displays the necessary seriousness. Until he doesnt. The father can sometimes also be incredibly silly and that simply does not result in an inherently consistent character. The fact that he is also a loving father who is only misunderstood, does not seriously surprise us either. As far as the plot goes, it is clear quite quickly what it all boils down to. Moreover, despite being a family drama, the movie never really gets serious. 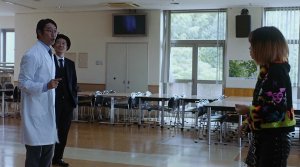 The carefree nature of the story is more than welcome, and even if the plot in itself is generally very predictable, the road to the expected ending is pretty surprising and peppered with twists and turns. For example, already introduced supporting characters play an unexpected role during the finale, or those typical scenes that we already know will be important later on, prove to be explanations for things that get revisited in an unconventional way. These twists make you facepalm repeatedly, and they mostly turn out funnier than the actual jokes that the movie is cluttered with. Latter ones often seem unpolished and somewhat forced. As mentioned before, they are also so over-the-top that they seem as if they came directly out of a manga. 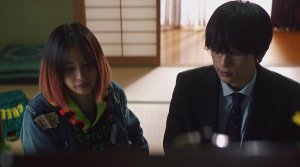 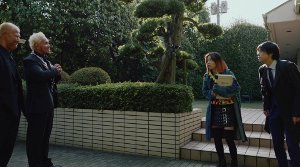 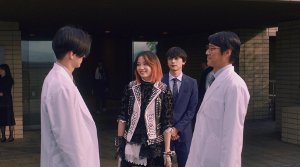 With its running time of 92 minutes, this flick is by no means too long, and so you can easily get over the fact that it briefly loses its focus somewhere in the middle. The good mood presented here is infectious and everything seems laid-back and easy to digest. Even the bad guys come across as caricatures in an amusing way. But is that enough for a recommendation? That is hard to say. You have to be able to handle the sometimes-over-the-top Japanese humor in order to really get your money's worth here. Apart from that, though, this is a very life-affirming comedy, which tries to shed light on a father-daughter relationship in a carefree manner. You can't expect miracles here, but the movie still serves its purpose. Unfortunately, after "Not Quite Dead Yet" has sped past you with its brisk pace, there is nothing much that would stick in your memory. It just lacks some substance. That's why I can only recommended this comedy to those who have already been convinced by the descriptions in this review.