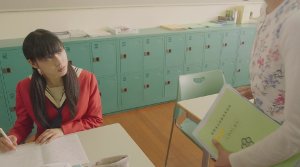 Story: Shizuku (Tao Tsuchiya) is a loner and there is nothing more important to her than learning. To be the best in class is her only goal, since learning never lets her down. When she learns she gets results. Her obsession with learning is the result of her unfulfilled wish for her mother to come home again. However, Sizuku's simple world is suddenly turned upside down when her teacher asks her to deliver some schoolpapers to her classmate Haru (Masaki Suda). After his first day at school, during which he was involved in a brawl, Haru hasn't been seen again. The boy seems to be a real monster, but since Shizuku brings him the papers he considers them to be friends now. The girl doesn't care about that, but this way she manages to bring Haru back to school again. There, he proves to be a lot less anti-social than expected. For Shizuku this turns out to be quite a problem since she unwillingly makes new friends because of him. Not only are her new friends intervening with her learning, but she is also dethroned as the best in her class - and to make things worse by none other than Haru, who turns out to be a genius. Another problem for the girl is that Haru has fallen in love with her. The girl has no time for something like this whatsoever and also isn't interested in him. Moreover, there are constantly problems in her friends' love lives. But Shizuku actually just wants to be left in peace and learn... 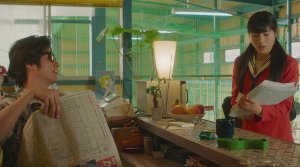 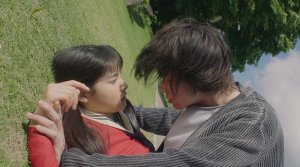 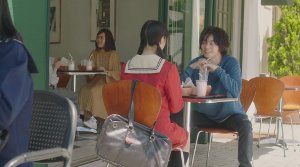 Review: After all the live-action manga adapatations taking place at school, centering around coming-of-age stories and the love life of the protagonists you might think that Japanese audiences would have a feeling of satiety, right? Apparently teenagers can get crazy about those themes for quite a while and if one generation has become too old for those kind of movies, the next one is already waiting in the wings. In other words, it will probably never stop that we are presented with school festivals, christmas and Valentine's Day from the gaudy perspective of teenagers who are trying to cope with their feelings. However, there is no unique selling point speaking in favor of "My Little Monster". Everything simply looks rehashed and the characters also remain neglectable. This is even the more strange since you would have expected more of the director. After all, he is responsible for a few good romantic flicks. 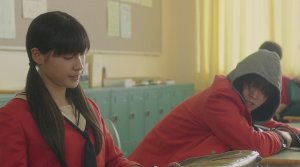 Director Sho Tsukikawa remains true to his style, which in fact is just a genre template. Pop songs are played in the background, relationships are tested and taken apart for the viewer in numerous dialogues, while there are pleasing, because somehow familiar looking sets chosen as a backdrop. Sho Tsukikawa has created some appealing romantic dramas with "My Teacher" and "I Want to Eat Your Pancreas". This time, his movie's tone is a bit more upbeat, which isn't necessarily a bad thing. Unfortunately, things are a lot worse with the characters. The biggest issue is Haru. He is just completely inconsistent concerning his behavior. At times he is dangerous and intrusive, then there is some sort of explanation that this is because of his sensitivity and after we have already categorized him as mentally deficient, we are told that he is the best student of the year! 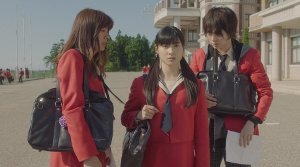 Masaki Suda ("Death Note: Light Up The New World") didn't get an easy task with the role. It's almost impossible to see him as one and the same person and you also can't argue that Haru simply matures during the course of the movie and thus changes as an individual. This is in fact the case with Shizuku, though. Her motives are understandable and the changes her character undergoes, too. At least for the most part. Tao Tsuchiya ("Rurouni Kenshin: The Legend Ends") delivers a solid performance. Some scenes feel too much like manga, but while Tao finds a good balance between those moments and more serious ones Masaki Suda is mainly occupied entering the realm of mangas. This hinders the movie from standing on its own two feet and instead makes you aware of the manga roots. 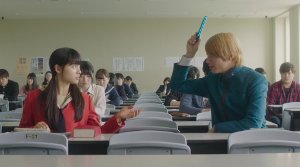 What the movie actually wants to convey is pretty clear. The blossoming of first love despite adverse conditions. There isn't more. This makes "My Little Monster" pretty unspectacular and when we find ourselves on a school festival and several dialogues between the protagonists are thrown at us there is even boredom creeping in, since you get the feeling that the director has lost his focus as well and simply wanted to give some of the minor characters more onscreen time. After all, it's mandatory that Haru as well as Shizuku get another love interest so that two love triangles are created. More interesting is the intermezzo between Haru's classmate and his older cousin, even though both characters remain pretty onedimensional after all. But as already said, the movie shows its biggests flaws during the middle part and the viewer's interest in what's going on dwindles by the minute. This is also because of the certainty that we won't get to see any new aspects of first love. 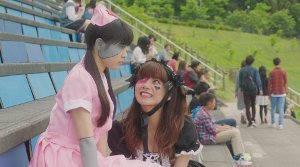 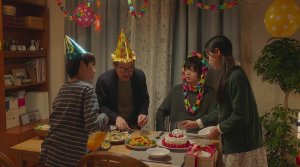 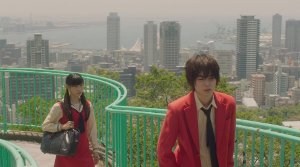 If at least the HOW of the story would have turned out more sophisticated you could have overlooked those problems. But we only get your average stuff in this respect as well. Later on there is at least a semi-interesting background story around Haru's family. But this is followed by a rather incomprehensible reaction of Shizuku which becomes the inevitable obstacle to overcome that we were waiting for the whole time. Without it the happy ending wouldn't be as satisfying, would it? Still, nothing is really satisfying here, since everything is moving through familiar waters and no surprises are featured anywhere. The romance isn't really funny either. Furthermore, you need to ask yourself why a flashback has been chosen as the framework which only plays a minor part in the beginning and is completely forgotten until the credits roll. "My Little Monster" is simply a genre treat for those who like it easy and shallow while getting a warm, fuzzy feeling at the end. For most viewers this won't be enough, though.