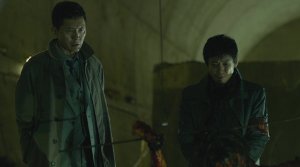 Story: Detective Hisashi Sawamura (Shun Oguri) lives and breathes his work. His newest case is especially interesting. A woman was chained up and attacked by starving dogs. Next to the body, the police find a piece of paper which reads "Death by dog punishment". While Sawamura and his partner Nishino (Shuhei Nomura) puzzle over the message's meaning, there is another murder. At first glance, the two murders have nothing to do with one another, but eventually, the detectives find out that both victims were once jurors for a homicide case three years ago. The murderer was sentenced to death and now somebody seems to take revenge on the jurors. Sawamura cannot believe it when he finds out which case this is all about as his wife Haruka (Machiko Ono) used to be a member of the jury as well. However, the detective has no chance of contacting her because she and their kid left him two weeks ago. She couldn't bare it anymore that Sawamura put his work before everything else, even before his son's birthday. A race against time begins. The detectives need to apprehend the serial killer or quickly find Haruka before there is another murder. But what is the murderer's motive? Is it really revenge? If so, what's the relation between the murderer and the perpetrator back then? It doesn't take long and Sawamura finally has a suspect, but that man always seems to be one step ahead of the police and also seems to play games with the detective... 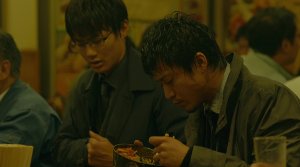 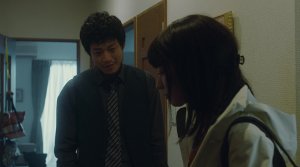 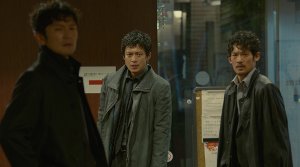 Review: "Museum" is a thriller which will please fans of dark and rainy crime scenes as well as violent murders. I can easily recommend the movie to those viewers because it is entertaining and offers enough familiar aspects to make you feel home immediately. Clearly, the thriller is supposed to appeal to an international audience as well. But even if the flick has its undeniable strengths, like the atmosphere and the cinematography, there are also some weaknesses underneath the surface, which, at second glance, come to light quite clearly and lessen the first positive overall impression. Right after the introduction, we can find numerous scenes which could have been shortened. And at some point, it is not only the far too long running time that bothers us, but also the fact that the movie is split into two parts, and the second half turns into some kind of "Saw" version without being as violent and bloody, though. 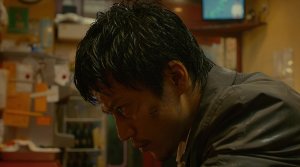 The first crime scene already gives us the impression that "Museum" is all about the gritty and cruel world of serial murders. What turned out pretty good in this movie is the fact that the murders are violent and horrible, but we never actually get to see the crimes happening. Otherwise the movie would have fallen into an exploratory subgenre which I was a little bit worried would happen. However, the hints about the crimes are more than enough, and in addition, we also get to see the end results: mutilated bodies etc. It's always exactly the amount of goriness that you can still bear without feeling sick. Nevertheless, there is a certain kind of tension and unrest in the air which is due to the wonderful imagery of cinematographer Hideo Yamamoto ("Why Don't You Play in Hell?"), who manages to capture neon-lit streets, rainy crime scenes (without reminding us too much of "Seven") and dark basement vaults perfectly and creates a somehow claustrophobic atmosphere with that. Especially towards the end, his skills come to the foreground. 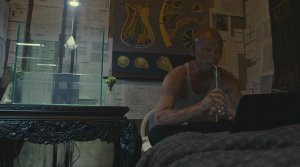 As mentioned before, though, the movie also goes into a different direction towards the end. While the search for the killer was the main focus at the beginning, he is then found quite quickly, but manages to escape again and again. His motive seems obvious, but it turns out that the police is in the dark about it after all. After the supposed kidnapping of his wife, detective Sawamura becomes more and more unstable. Regardless of the consequences, he starts to go after the killer himself and actor Shun Oguri ("I Want to Eat Your Pancreas") has a lot of fun portraying a wide range of emotions. However, it seems a little bit forced that he wants to show his pain in so many ways. His acting skills are in fact pretty good, but even though it comes across believable, his groaning and grunting with pain is overkill from some point onward. He gets hit by a car and hurt in other ways multiple times, and even though he portrays his dizziness realistically, the camera stays focused on him too long in those scenes so that the otherwise fast-paced movie slows down too much. 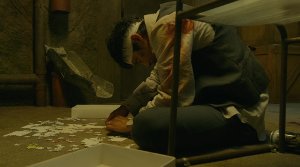 Moreover, it is hard not to get annoyed by the detective, who constantly manages to be overpowered, lets the killer escape and also behaves rather stupidly most of the time. Some plot holes are pretty annoying as well. The police are incapable of finding a car, even though the detective gives them the plate number, somebody else is having a hard time with the sun and doesn't come up with the idea of putting on his hood, and so on and so forth. The psychological background for the crimes of the murderer - played by Satoshi Tsumabuki ("For Love's Sake") in a decent but not particularly original way - gets squeezed into the movie through little flashbacks rather unconvincingly. The last scene turns out equally implausible and simply makes you scratch your head. But at least the movie manages to build up tension, right? Yes, most of the time, that much can be said. But as mentioned before, you also get the impression here and there that the director tried too much to create suspense and entertainment, which results in a certain kind of pseudo-suspense, although combined with a rather nice and subtle soundtrack and a brilliant dark atmosphere. But some repetitious scenes could have been shortened or even cut out completely. 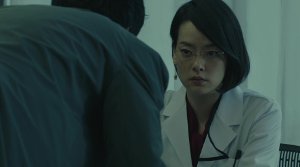 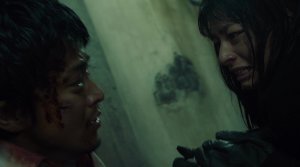 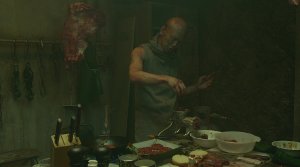 One of the biggest problems is the 132 minutes running time, though. A 90 minutes long film would have completely sufficed to tell the story, which is not that original to begin with, and "Museum" could have dropped a lot of unnecessary material. Director Keishi Ohtomo made a movie adaptation of Ryosuke Tomo's identically named Manga, and while the director has already shown with his trilogy of "Rurouni Kenshin" that he knows how to create a well-done manga adaptation like no other, this time, he got lost. He tried too hard to tell an exciting thriller story, which does not always work out when it comes to the movie's pacing. He should have focused more on the brilliant atmosphere and worked more with the psychological aspects. He tries to do that in the movie's second half, but it's too much of a contrast to the first half and, unfortunately, is also done a little bit clumsily. Regrettably, that is why "Museum" is a thriller which, at best, turned out to be just a little bit above average.