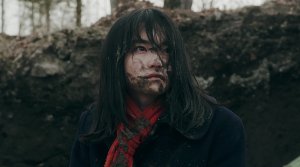 Story: Nozaki (Anna Yamada) is originally from Tokyo and now she, her parents and her little sister live in a snowy little town where she goes to school. But here, she is turned into a bullying victim. The class' leader is Taeko (Rinka Otani), but the other students aren't any less cruel to her. There are just a few weeks left until the final exams and Nozaki's parents want her daughter to stay home until then. Her father, too, is bullied and understands what she is going through. Nozaki's classmate Rumi (Rena Ohtsuka), who used to be the target of the student's bullying before the girl from Tokyo came along, is now instructed by Taeko to make Nozaki come back to school. Otherwise, Rumi would be the bullying victim again. However, Nozaki doesn't bother about that and is just happy that her classmate Mitsuru (Hiroya Shimizu) checks up on her. He is the only one who is nice to her. When the two of them return from a walk, she sees her house in flames. Somebody set her house on fire while her family was still in it. Mitsuru barely manages to save Nozaki's badly injured sister from the fire, but her parents are already dead. Nozaki is traumatized, especially as her sister is in a coma now, but she goes back to school. The students act weird in her presence and it seems obvious that they had something to do with the fire. But when they still don't leave Nozaki alone, she fights back in the most gruesome way possible. 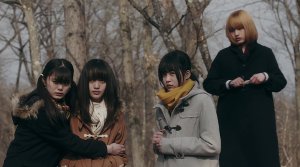 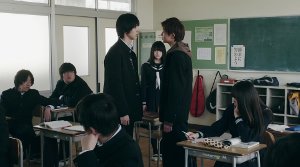 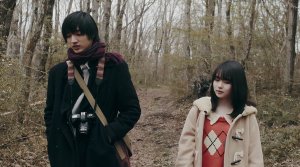 Review: "Liverleaf" is a peculiar mixture between a teenager drama revolving around bullying and a bizarre revenge thriller complete with extraordinarily bloody killings. But in the end, this is exactly what is so fascinating about this flick. On the one hand, we have a calm drama in a snowy small town, in which actually nobody really wants to live and where the people are completely estranged from themselves. On the other hand, it is this isolation (and for the teenagers it is boredom) that slowly drives everybody crazy and gives them the potential to become a murderer. Admittedly, this mix does not always work out, because the movie's pacing oftentimes slows down quite a bit, only for things to suddenly pick up momentum again. However, this also gives the movie a special touch which distinguishes it from other typical dramas or thrillers. Critics might say, though, that at times, the movie gets pretty ridiculous: namely, whenever there is a murder happening. 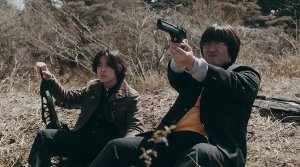 These brutal murder scenes might be a big surprise for those who are not familiar with the manga "Misumisou" by Rensuke Oshikiri, on which the movie is based. The amount of blood used and some of the really gruesome injuries are so bizarre that it is actually pretty funny. However, you can't be sure whether this was actually the director's intention. After all, there is also the scene in which a student carries a badly injured little girl out of a burning house, and this is a really disturbing moment to watch. Moreover, you could also criticize that, at some point, you just start to wait for the next student to get murdered. Apparently, as few students as possible are supposed to survive the spreading insanity. Sometimes, this may remind us of "Battle Royale". Due to the slightly humorous tone of the deaths, they are not too gruesome, though. Especially, as the director successfully celebrates the contrast between blood and snow and therefore somehow even manages to create some poetic pictures during the death scenes. 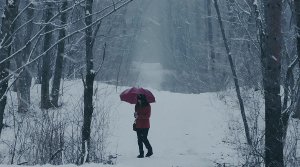 Thanks to the cinematography by Hidetoshi Shinomiya the pictures generally are very well-captured. There is a strange "fog of insanity" hovering over the town, which oftentimes does not even seem threatening but rather peaceful instead. The quite small town covered in snow is actually a really pretty place. But unfortunately, there is not much to do for young people, which is why they start bullying their fellow students out of boredom. Nozaki is the main target of their bullying attacks, because she comes from another city and appears to be something better in the eyes of her classmates. Taeko is the real instigator of the bullying, but amongst all the fellow students there is actually nobody who can call him-/herself innocent. The reasons behind their behavior are numerous: parents abusing their children, oppressing them, not being interested in them or even showering them with too much love. All this gets explained in the background in a pleasantly subtle way. And of course, there is also the teacher, who does not succeed in prevailing against her students and becomes a victim herself. But you might also see her as someone who has to be held accountable for the events unfolding, because she is an adult who doesn't do anything against the bullying in her class. 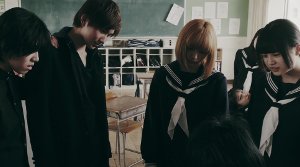 At first, it seems as if Mitsuru is the only normal person here. But after a while, we also get to see some flashbacks concerning Taeko which show us what actually makes her tick and we notice that her motive is mirrored in Rumi, even though it is a very distorted one. While the acting performances range from pretty decent (Anna Yamada as the lead) to acceptable, and Hiroya Shimizu's ("The World of Kanako") reserved performance offers a pleasant calm anchor to the rest of the story (at least at the beginning), it is actually Rena Ohtsuka as Rumi who steals the show from the rest of the cast. She is a bullying victim herself, slowly goes insane and tries to free herself from her role as a victim by becoming an offender herself. Her eyes, in which you can detect more and more insanity throughout the movie, are part of a brilliantly subtle performance. Next to all the students and their motives behind bullying each other, there is also a twist towards the end, which may or may not surprise, depending on whether you understood the rules that govern the world of "Liverleaf" or not. 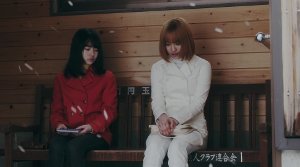 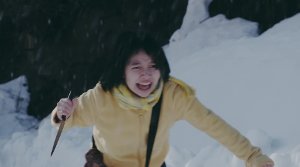 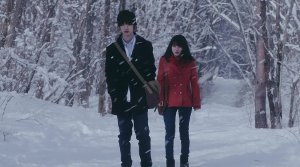 When Nozaki starts to brutally take revenge on her fellow students, you cannot help but root for her. She was traumatized so badly that you cannot consider her to be responsible for her actions, but you can still understand her desire to take revenge. However, she seems to have reached the point of no-return. At least, until the love between her and Mitsuru reveals a way to get away from all the insanity. But of course the brutal slaughter cannot come to an end yet, which means that director Eisuke Naito ("Puzzle") alternates between a well-done and multi-faceted bullying drama and a violent thriller. This causes some problems with the movie's pacing, but the strange yet wonderful atmosphere makes you gladly forget that. If you can make do with some logical errors - like the fact, that the adults almost don't play a role at all, even though with all the disappearing youngsters they should have brought the police to the scene a long time ago - you will find "Liverleaf" to be an extraordinary teenager drama.