Killing for the Prosecution 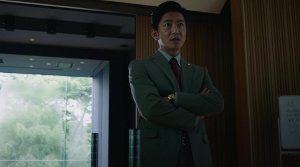 Story: Okino (Kazunari Ninomiya) worked his way through an elite prosecution apprenticeship. Along with his colleague Taichibana (Yuriko Yoshitaka) he becomes part of a team around Mogami (Takuya Kimura), who also used to be the young lawyers' mentor. Okino's first case is a murder in which an elderly married couple was stabbed. Apparently, the married couple used to lend money to people and now some IOUs have disappeared. Soon, the police have some suspects in mind, but when Mogami sees the name Matsukura (Yoshi Sakou) on the list of suspects, he cannot believe it. Some years ago, Matsukara was the main suspect in an investigation of the murder of one of Mogami's schoolfriends. However, they couldn't find any evidence to prove that he was the killer, even though it was not the first time that he had committed murder. As a juvenile, he was already sent to prison for five years on a charge of murder. Now, the prosecutor finally gets the chance to convict Matsukura for another murder. He tells this to his friend Tanno (Takehiro Hira), who was involved in a huge government scandal and therefore went into hiding. Taichibana is in fact a spy and she wants to find out, what kind of relationship her mentor and Tanno have and what kind of information he has. In the meantime, Okino thinks it's weird that Mogami is so focused on convicting Matsukura of murder, and Taichibana also senses that something is off. Together, the two young attorneys decide to go into the matter, so that they can keep their mentor from making a huge mistake. Because, after all, nobody is above the law. 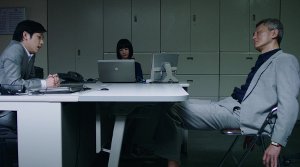 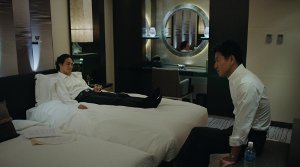 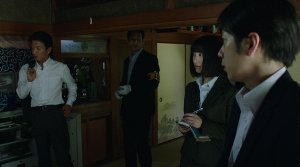 Review: The plot synopsis probably already made it clear that "Killing for the Prosecution" is about what it means to represent the law and be part of the judicial machinery. Some questions are raised, that everybody has to answer for him-/herself. The other thing that the plot summary already hints at is what becomes the movie's biggest problem: It works on far too many levels with its numerous subplots, which are all supposed to be part of a bigger picture, but always kind of stand for themselves. Therefore, you have to ask yourself, what exactly the director's intention was, and to find an answer to that question is nearly impossible. Surely, it is praiseworthy that we get to see the events through different perspectives and therefore get some kind of neutral standpoint, but at the same time, it does not really work that well. The characters remain too distant and this makes it hard to get drawn into the movie's world. 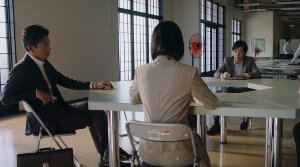 At first, everything starts out pretty straightforward. There is a murder, there are suspects and interrogations. Here, the movie comes across as a thriller, but you are already aware of the fact that you don't have to wait too long for the moral subtext. And then Matsukura turns up. Finally, there is a chance to convict the man for a murder he committed 23 years ago. But that would also mean that the lawyer had to let the murderer of the current homicide case run free. Mogami is now in a catch-22 situation and we remember him telling his students at the beginning, that as soon as you make your own laws, you become a criminal yourself. How far will Mogami go? Of course, the title of the movie is always hovering over every event we see. Will Mogami become a murderer? And if so, can we still sympathize with him? 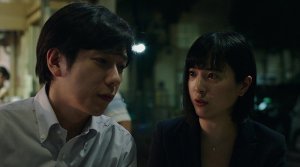 Takuya Kimura ("Blade of the Immortal") plays the experienced prosecutor, yet he hardly manages to convey a real inner conflict here. Mogami is instantly obsessed with bringing justice to the murderer from the past, in whatever way possible. At best, there is one moment when he struggles with his decision, or at least he is hesitating, which suggests that he is aware of the fact that he is doing something wrong. The question whether you should act right in a moral or legal manner is not portrayed as complex as you would have hoped. But this might also be due to the fact that director Masato Harada ("Inugami") burdens the movie with too many subplots. The scandal around Tanno is supposed to attract attention, at least so it seems, but the entire story takes place on the sidelines and you don't really know where it is supposed to fit into the rest of the plot. In the end, it seems as if this part of the story only exists so that Mogami can say one specific line to his protégé later on. 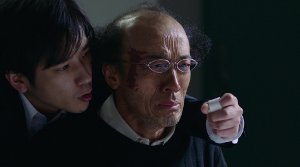 Hence, the director seemed to have had a lot of problems adapting the eponymous book by Shusuke Shizukui for the screen. It didn't seem to be clear to him what was really important and what was not. Does Mogami really get more three-dimensional if we see him with his wife and daughter on several occasions, who he grew apart from? The answer is clearly no, even though it would have been a nice opportunity to flesh the character out a little bit more. Especially because Okino, portrayed by Kazunari Ninomiya ("Gantz"), and his colleague remain minor characters, despite the fact that we get the impression they could have worked as a nice counterbalance. Instead of focusing on the characters and their thoughts on justice and morals, the director gets lost in an overly ambitious script, which doesn't manage to fit everything into the two hours running time. Only the pacing is pretty fast because of all the events and subplots unfolding. 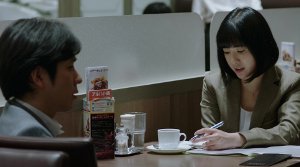 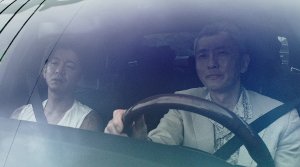 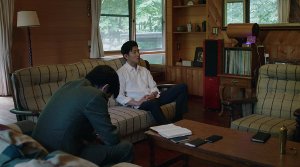 If there would have been some really diverse perspectives on the subject, the question about what justice is could have turned out pretty interesting. However, Okino has hardly any motivation, he is simply a perfect lawyer who plays by the rules and wants to impress his mentor. Of course, he has to work against him in the end, but this doesn't turn out interesting, because the lack of character elaboration leads to a lack of suspense within the cat-and-mouse game. Especially, because the result is pretty underwhelming. But the most problematic issue with the movie is that even towards its end, there are constantly new characters being introduced, or some old ones getting more scenes, even though they are barely important for the already overloaded script. As a thriller, "Killing for the Prosecution" works quite well, simply because there is always something new happening, but the movie's weakness lies within the lack of focus and the inability to convey the story's supposed message.