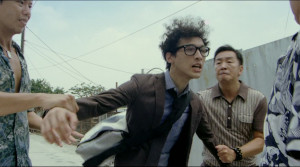 Story: Leung King-cheung (Wong You-nam) has always been bullied in life, but at work it's the worst. Eventually, he is sent to the countryside as punishment where he is supposed to settle a dispute about a property or rather, he is supposed to bring the property into possession of the company. As soon as he arrives there, Leung comes across a few of the residents who beat him up. However, Tiger (Leung Siu-lung) comes to his rescue, he is known as a cripple in the village, but used to be an excellent martial artist. Together with Dragon (Chen Kuan-tai), Tiger works at a "Tea House". The two were students of Law San (Teddy Robin), but the master has been in a coma for thirty years now and they have been taking care of him ever since. After seeing Tiger in action, Leung desperately wants to learn Kung Fu from him, but he is immediately turned down. When Chung Sang-mang (MC Jin) and some of his men then storm the Tea House in order to find Law's lease, the master wakes up from his coma. He is quite disoriented, though, and does not recognize his students, who have become old men by now. Instead, he thinks Leung is his student. Leung is actually supposed to help Chung get the lease, but now he finally has the chance to learn kung fu and stop being bullied by everyone. Tiger and Dragon are also training again, and soon they will get an opportunity to put their abilities to the test. 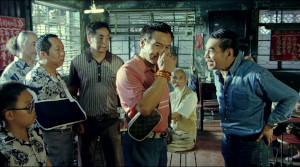 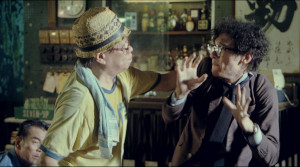 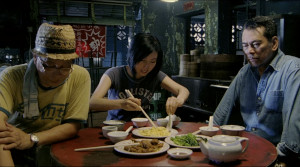 Review: "Gallants" is a martial arts comedy that can probably be best appreciated by those who are familiar with the Shaw Brothers movies of the 60s and 70s. Its a well-done homage to those movies with an unobtrusive meta-level, which bemoans the good old days a little. Through the lens of a modern metropolitan, everything here might look a bit old school, but in a way thats what creates a special charm. The storys hero also immediately wants to become a kung fu student, and there are more than enough scenes which parallel the old classics with a wink. Of course, there are also some nice fights that have been captured as if we were back in the 60s/70s, but without giving up the aesthetics of modern cinema. A well-working fusion. 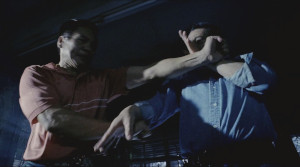 Chen Kuan-tai ("Dragon Tiger Gate") is a veteran who has already played the lead role in the Shaw Brothers classic "The Tea House" from 1974, and in this movie, he also runs an establishment like that. Other allusions can be found as well, like the (almost commencing) brawl between the guests, but there are also some of the typical zoom-ins or text panels with which the characters are introduced. The other leading role is played by Leung Siu-Lung, who most viewers will probably know from playing "Beast" in "Kung Fu Hustle". With his 62 (!) years of age while shooting he does impressive things here and has a showdown at the end that makes your martial arts heart leap for joy. Even though the fights may have been polished up a bit by using filming tricks - some of which were common in Shaw Brothers productions and could therefore also be understood as shout-outs -, it is just unbelievable how fast and agile Leung still is. 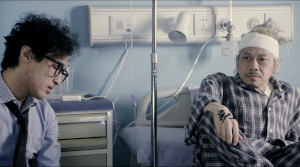 Despite all that, it is Teddy Robin ("Merry-Go-Round") as the master, who steals everybody the show. As soon as Law wakes up from his coma, he dominates every scene with his energy and his witty remarks. The dynamics that then unfold on screen are contagious. But the story can also offer more than meets the eye at first. It starts with the fact that our hero himself, who is constantly bullied, used to bully Mang at school and therefore contributed to him becoming one of the "villains". Then again, it turns out that there are not really evil characters here. At the most, you could say that they have commercialized martial arts and lost sight of what kung fu actually is about. Of course, in the end it is about finding yourself and getting back on the right track. This may not be anything new, but it's well implemented and gives the movie more depth than you would have expected. 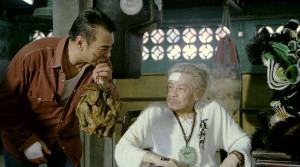 Finally, "Gallants" is about respect. Not only for the elderly people, who have paved the way for the younger generation and are able to pass on a vast amount of knowledge, but also for the essence of kung fu teachings. Something that can easily get lost with all the boxing studios and their expensive equipment, and the members who are always a little ahead of the backyard dojo because of clever marketing on paper. In a way, this also reflects the movie itself, because apparently there was no big budget, so the directors had to limit themselves to kung fu in its purest form. No wires, no special effects, just fights that were excellently choreographed by Yuen Tak, and which have a lot of power, despite the actors ages. Directors Derek Kwok ("As the Light Goes Out") and Clement Cheng certainly know which feature to emphasize in their movie. 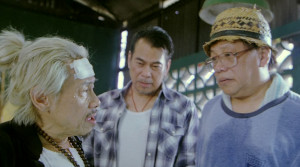 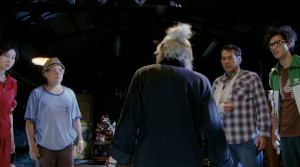 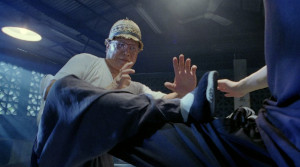 At the same time, there is also a small romance which is only slightly hinted at though and is quickly forgotten because the storys young hero is often pushed into the background. The real stars of the movie are the veterans, and they not only give their characters depth, but they are also the ones who bring the most energy to the screen. In addition, there is the humor, which is mainly spot-on. Nevertheless, the movie is not for everybody. "Gallants" pays tribute to the classics of the 60/70s HK cinema, but unfortunately, it is sometimes too unfocused at that. In the end, however, the flick simply has its heart in the right place. Its a movie that sadly stayed a bit under the radar, but genre fans should definitely watch it.