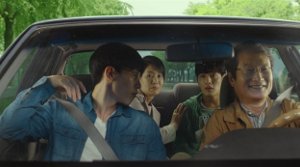 Story: Jin-seok (Kang Ha-neul), his father (Moon Sung-keun), mother (Na Young-hee) and brother Yoo-seok (Kim Moo-yeol) move into a new house. He is preparing for an important entry exam and shares a room with his brother who serves him as a role model. However, there is a certain room in the new house where the former tenant has stored a few things and which no one is allowed to enter. Jin-seok often hears sounds from the room and he is also plagued by nightmares. One day he witnesses his brother being kidnapped. The efforts of the police come to nothing, though, and nineteen days later his brother turns up again and doesn't remember what happened during his kidnapping. Then, Jin-seok notices his brother leaving the house. He follows him and sees him meeting with a few gangsters which appear to be very close to him. Jin-seok is now sure that something is very wrong. His brother has been switched with a doppelganger. When he confronts him about it he pretends to be unaware of what he is talking about and asks him if he has taken his medicine regularly. In fact, Jin-seok just forgot to take his pills and so he has to ask himself what's reality and what imagination... 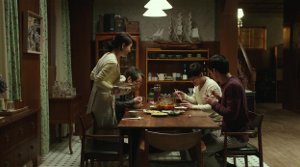 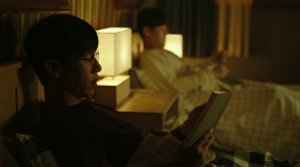 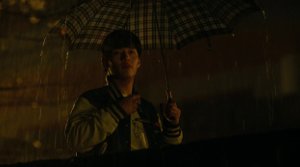 Review: "Forgotten" is a mystery thriller which tackles different genres and doing so probably isn't always a hundred percent successful, yet delivers a lot of fun and guess work with its numerous twists. To be exact, the movie knows about its strengths and therefore relies on its puzzle-like structure maybe a little bit too much, which results in the movie as a whole not giving a very coherent impression. But that is acceptable since you are sitting at the edge of your seat all throughout the movie. The twists are so numerous that even when you believe to have solved some of the mysteries you suddenly find yourself in front of a handful of new questions and revelations. If you are willing to deal with that, and this also means that the plot's entanglements inevitably get a bit implausible, you get a very nice thriller. 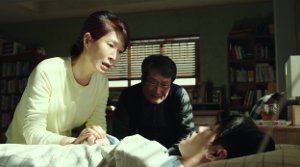 Right from the get-go the movie reminds you of "A Tale of Two Sisters" with its eerie house and there are also a few jump scares. The locked room no one is allowed to enter, and from which you can constantly hear noises, delivers enough material for nightmares Jin-seok is waking up from terrified. It's actually quite odd how much "Forgotten" works along the lines of a horror movie's conventions. But even if later on everything heads more into the direction of a thriller, the eerieness and mystery of the story remains omnipresent. It's also particularly thrilling to guess whether Jin-seok's brother is really leading a double life, actually has been switched with a doppelganger or if the protagonist simply has problems with his medication and hallucinates. But then again the question pops up why he takes pills in the first place. What events in his past have been so traumatic? 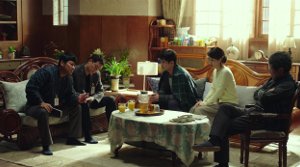 As soon as the mystery has been solved more and more of the story's layers are peeled off. Director Jang Hang-jun ("Spring Breeze") maybe celebrates the interlacing of his story a tad too much, but it's understandable why. Although the story is complex and there are constantly hints given you should only get retrospectively, it's always easy to follow the events. That's very rare. Accordingly, you should be allowed to be proud of this accomplishment as a filmmaker. However, there inevitably have to be one or two plot holes. The reason for all that is happening is rather far-fetched after all, since the director tries to sell something that isn't really comprehensible. Yes, it's difficult to write about "Forgotten" without spoiling anything. But since the special appeal of this thriller lies in its twists and surprises you have to settle for this rather vague criticism. 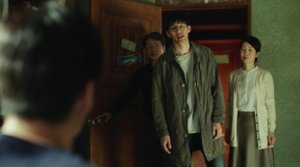 As already stated the house also stands as a very well designed set and sets the dark tone and tense atmosphere for the rest of the movie. Latter one maybe can't be maintained because "Forgotten" starts to explore its thriller core some more and eventually also adds some drama to the mix. There is once again some criticism on Korean society to be found as the events are in fact triggered by the 1997 Asian financial crisis. Very interesting. Next to that the movie also has a few elements of a gangster thriller. It would be a lie if you would say that all of this fits together seamlessly, because there are clearly a few junctures resp. individual chapters to be made out. Kang Ha-neul ("Midnight Runners") and Kim Moo-yeol ("A Muse") manage to stand as the glue keeping the picture together, though, and their relationship is constantly changing which also serves as one of the flick's thrilling elements. 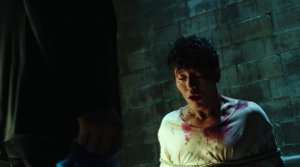 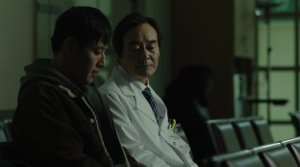 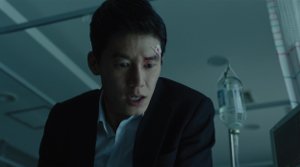 Kim Moo-yeol in particular is oftentimes not even recognizable and delivers a great performance. Kang Ha-neul carries the movie well, too, and manages, despite the lack of focus on the characters, to give his role a bit of three-dimensionality. The last third of the movie eventually turns out to be a marathon of twists and even though the director goes a bit overboard, as already stated, it is fun. The last image within a flashback normally would have caused eye-rolling with me, but this rather turns out to be the notion of an ideal reality. It's those small things and alterations which make this mystery thriller stand out from the mass of similar productions. Furthermore, as a Netflix production "Forgotten" is also tailored to an international audience. Fans of thrillers with a dark and tragic tone are without a doubt at the right address here.