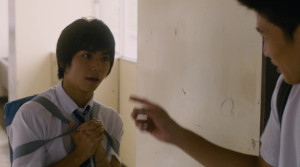 Story: Hayama Takashi (Murakami Niijio) is in his third year in high school, and one evening he crashes into a girl with his bike. He apologizes, but the girl behaves weirdly and runs away. Shortly afterwards, he sees the girl again at his school. It turns out that she is in another class of the same year. However, he is surprised that he has never seen her before. He talks to her, but she doesn't want to tell him her name. When he meets her again, she asks him if he really wouldn't forget her name. She introduces herself as Azusa Oribe (Hayami Akari). Hayama wants to meet up with her again, but she doesn't have a cell phone or an email address. She rather wants to leave it to chance whether they see each other again. Soon after, she actually shows up at a get-together of Hayama and his classmates, and there are also some students from the other class. When Hayama introduces the girl, the other students claim that Azusa is certainly not in their class. Azusa runs away, but Hayama is finally able to confront her. She explains that people haven't been able to remember her for a year now. No matter how many times she introduces herself, shortly afterwards no one remembers her anymore. At first, Hayama doesn't believe her, but he eventually finds out that she's right. He swears that he will never forget her, but the question remains whether he can keep his promise... 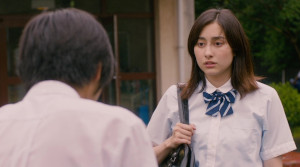 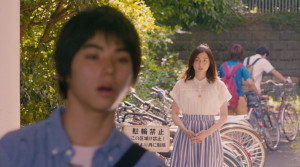 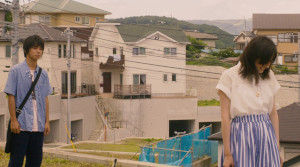 Review: With the title of this romantic drama, it should be quite clear right from the start that you have to expect some tearjerker moments as the relationship between the two protagonists evolves. And yet this assumption would be wrong! "Forget Me Not" is not at all as sappy as you might expect, instead the tone stays mature and the emotions are mostly portrayed reasonably. The fact that this is neither a teen romance in the classical sense nor a tearjerker drama gives cause for hope. Unfortunately, though, the flick does not manage to excite the audience on other levels. This also applies to the characters who do not really have the chemistry necessary for the story. In addition, the story, based on a novel by Mizuho Hirayama, often drags on excessively, even though the actual plot is extremely fascinating and shows parallels to Alzheimer's disease, just somehow the other way around. 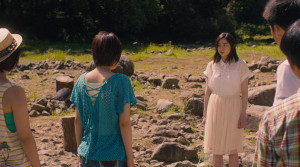 It is not Azusa who keeps forgetting her fellow human beings, friends and family, instead, everyone else forgets her. The feeling of isolation this must create is hard to imagine, and that's where the movie should have delved in much deeper. As a viewer, you are kept at a certain distance to Azusa, and as soon as you realize how she must feel, you only empathize with her on an intellectual level. But you can never really feel for her emotionally. But maybe it actually was the director's intention to show everything from a certain distance. Be that as it may, there are some scenes that are rather disruptive, instead of conveying the girl's suffering. This especially refers to those scenes in which Hayama confronts her and she just doesn't answer; she simply keeps staring into the distance and stays silent for minutes. This is supposed to create a certain depth, but unsuccessfully so. 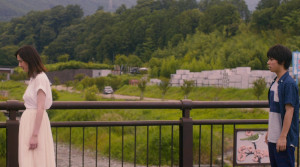 All in all, these countless moments of silence are annoying and drag out the movie unnecessarily. Often enough, it's important to stay in a scene so that emotions can built up, but in "Forget Me Not" the pauses are so long that you actually wonder when the scene will finally continue. The scenes are even shot in one sequence so that they appear more natural. In a way, the awkwardness comes across quite well like that, but you also get the feeling the actors are just a little lost. In addition, the camera in those scenes is constantly moving and shaky. That's why you sometimes get the impression that the director also wanted to create a little bit of arthouse cinema. Emotionally, however, this hardly makes an impression on us, and that is the problem. Because there is a point in the movie when you realize that you are actually watching an enormously tragic story and you should be emotionally touched - but you just aren't. 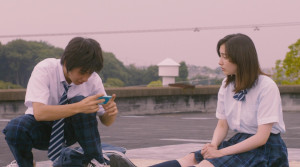 Usually, it's a good sign when a dramatic movie isn't too emotional, especially when it comes to "teen dramas." And with this kind of plot, it is also a good idea not to reveal the reasons for the mysterious fact that no one remembers Azusa. Those resolutions never work anyway, so you are just confronted with the circumstance and have to accept it. There are also other aspects that seem a bit strange at first, but actually make sense later. At least partly. For instance, Azusa doesn't have a cell phone or an e-mail address. The latter seems a bit absurd, as she certainly had one until a year ago and the account would still work. The fact that she does not have a cell phone, however, could actually be some form of self-protection. It would just be a constant reminder of her not being able to call or communicate with anyone. So, in a way, she partly chooses to isolate herself, which is understandable, because we know that she tried again and again to fight her way out of her situation until she finally gave up. 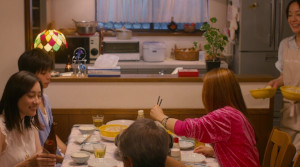 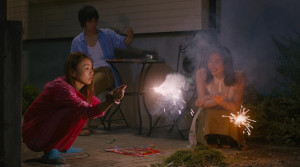 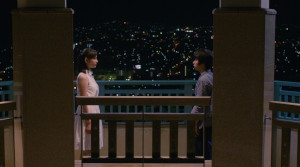 Later, there is also a small twist, which hardly deserves to be called as such because it is pretty predictable, especially if you take the girl's strange behavior into account. Akari Hayami ("My Pretend Girlfriend") undoubtably has a difficult task in this movie, but I simply couldn't warm up to her character. Maybe that's why the story left me cold. The ending should have appealed to me too, but ultimately, it left me disinterested and only showed once more how much the drama fell short of its own goals. "Forget Me Not" is not your typical teen romance, and that's a good thing. The premise is mature and extremely fascinating, but the characters and the chemistry between them are not convincing, and the countless scenes in which you get the impression that the actors forgot their lines also spoil the fun of the story. And that's a real pity because there is an interesting movie hidden somewhere beneath those big problems.