Days of Being Wild

Story: York (Leslie Cheung) is a handsome man and doesn't need to pursue any work since his foster mother provides him with the needed money. He makes use of her guilty conscience since she had told him that he is adopted but keeps his real mother's name a secret. York is incredibly selfish and full of himself. There has been quite a number of women who already fell for him. So Lai-Chun (Maggie Cheung), a girl from Macau, succumbs to his charms, too. But when York has enough of her he drops her and instead has fun with his new girlfriend Mimi (Carina Lau). Meanwhile, Lai-Chun turns to policeman Tide (Andy Lau) for comfort in some conversation and at some point she actually gets over York. Then, York finally gets to know the name of his real mother and goes to the Philippines in order to search for her. He only tells his friend Zeb (Jackie Cheung) about it. Mimi is torn to pieces when she finds out that York has just left. Zeb, who is actually in love with her, can't comfort her either as she doesn't want anything to do with him.

Review: I have to admit that I have been somewhat shocked about how little I could relate to "Days of Being Wild". Being everything but an hater of art house movies and considering myself as someone who can appreciate director Wong Kar-Wai's art, this movie, which many consider one of the landmark movies of the 90s industry in Hong Kong, proved to be a deflating disappointment. "Days of Being Wild" comes along with a minimalistic story that could be taken right out of a drama show and thus only Wong's sense for extraordinary atmosphere, details and his talent to tease out great performances of his actors can somewhat make up for this big flaw. But somehow this doesn't seem to be enough this time. Apparently, opinions about this movie differ, though. 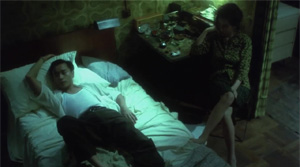 Almost the whole story of the film has been spoiled above and while you would have a bad conscience as a critic when it comes to that this isn't the case here since the developments are so unspectacular on a narrative level that is even staggering sometimes. But that isn't something extraordinary as it isn't any different in Wong's work "Chungking Express" after all. But his second movie after his debut "As Tears Go By" just lacks that movie magic. This time there are, as usual, many small details that can keep the film alive despite all the mishaps, for instance the small gestures and motions of the actors as well as the fantastic cinematography of Christopher Doyle, who is capable of turning run-down hotel rooms into art, but on an emotional level the viewer is kept at a distance. 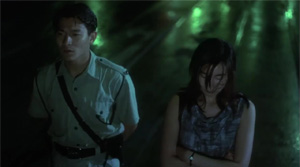 Analyzing York's selfish behavior isn't a hard task. His relationship to his foster mother holds the key. However, there isn't really anything more to discover than this. There are old-fashioned love stories which contain, that much Wong has to be applauded for, something extraordinary and genuine because of the way he tells them. The women seem to be pathetic and pityable in their misery, yet no less than Zeb, who only gets a few short moments in the story. Who you love is nothing you can influence, even if you know that it isn't good for you. But if you are looking for a message at the end of the film or something that you can draw some conclusions from you will get disappointed. There is nothing like that. Because of this "Days of Being Wild" might be brutally honest, but it's nonetheless frustrating for the audience, too.

The focus of the story doesn't stay with York all the time, but temporarily shifts to other characters as well. This momentarily arouses interest, but sadly especially in the story around the policeman, played by Andy Lau ("Protégé"), too little is happening. Carina Lau ("Let the Bullets Fly") and of course Maggie Cheung and Leslie Cheung, both also to be seen in Wong's "Ashes of Time - Redux", deliver such an intensive acting performance that they manage to make up for the narrative weaknesses during their scenes. However, towards the end the movie gets completely lost in an unstructured screenplay and it even gets outright chaotic, which if nothing else is the fault of a hectic editing that more or less makes the film fall apart. Art is one thing and the editing of Hong Kong's 80s which needs getting used to is another, but you don't need to like this just because the name Wong Kar-Wai is attached to it. 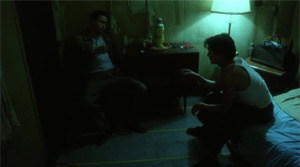 At the end we also get to see Tony Leung Chiu-Wai. What this is about? Apparently, there was supposed to be a sequel and many scenes with Leung have already been shot, but "Days of Being Wild" became a flop at the box-office. The movie was too difficult to relate to and it isn't anything different now. Yet, it's an interesting fact that Maggie Cheung's characters carries the same name in the movie as the one she plays in "In the Mood for Love". Thus, you might call latter one an inofficial sequel - and certainly a better movie as well. It is possible that others will be able to find more in "Days of Being Wild" than me, but all in all the drama proves to be inaccessible and at times too depressing for me to praise it to the skies. Even though the movie's atmosphere might deserve some words of compliment. By far not one of Wong's best movies and not even a really good one of his.