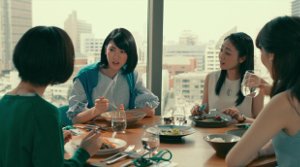 Story: Shizuka Suzuki (Ayaka Miyoshi) works for a large company and is supposed to prepare a presentation for her boss, who all female colleagues have cast an eye at. In addition, a spot has opened up in one of his teams and this would be a huge opportunity for Shizuka to move up the ladder. Therefore, she puts a lot of effort into the presentation, but she also has to take care of her niece for a day. She goes to a fair with her and visits a hypnotist (Akira Takarada). Shizuka's niece wants to be able to sing and dance for a school performance. The hypnotist tries his best, but it soon becomes clear, that he is a fraud who is wanted by loan sharks and who is in cahoots with his assistant Chie (Yuu Yashiro). The problem now is that the hypnosis actually worked for Shizuka! Every time she listens to music, she has to sing and dance. At work, this has already led to an embarrassing situation, and with the help of a private eye (Tsuyoshi Muro) and Chie, she starts looking for the disappeared hypnotist in order to undo her condition. She gets a clue from the private eye and along with Chie goes to the man's next show in which he now performs as a magician. On the way there, however, the two women suffer some setbacks. But Shizuka's need to sing and dance actually helps her out in difficult situations. 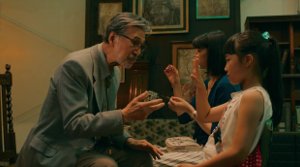 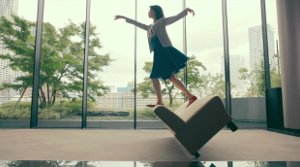 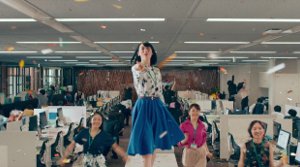 Review: Musicals are actually a genre I prefer to avoid. Nevertheless, "Memories of Matsuko" is still in my top 10 best movies ever, and when I read that "Dance With Me" was directed by Shinobu Yaguchi, who created an incredibly energetic and entertaining music movie with "Swing Girls", a movie which focuses on a musical genre I have little love for, it was clear that this movie clearly deserved a chance. Unfortunately, his latest work lacks humor, even though director Shinobus's talent for scene composition is normally his strength. But here everything seems rather unspectacular and simply not very original. At least, we once more get the same sort of positive energy that's so characteristic for the director's movies. 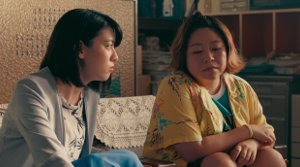 One could even go as far as to call this movie an anti-musical. After all, the protagonist does not like musicals at all, but this is due to an almost traumatic childhood experience. At heart, however, she always wished to sing and dance. You don't have to be a psychoanalyst to immediately realize this. It is also the reason why she is so responsive to hypnosis. At least when it comes to singing and dancing. It is equally obvious that her new curse is indeed a blessing in disguise, because now she is forced to break out of her boring, conventional everyday life. After all, she works for a large company and has to remain socially compliant even when it comes to eating - accordingly, she is not allowed to continue eating when all her colleagues have already had enough, even though she is still hungry. Living in the big city, of course, she has no contact to her family in the countryside but she doesn't want to either. She literally lives for work. In short, she is your typical worker who's running on fumes. 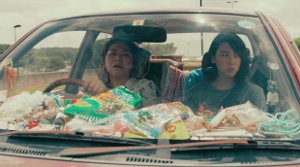 Music brings a lost sense of being alive back into her world. At first, she tries to resist it, because it is not socially acceptable to suddenly break out in song, particularly in Japan. And in fact, she even leaves a lot of chaos and destruction behind when she comes back from one of her musical "fits". But she is starting to experience joy in life again and her deeply buried remorse of not having chosen another path in her childhood is dissolved. That's what "Dance With Me" is all about, while it also makes fun of one or two other Hollywood musicals. Reclaiming power over your own life and gaining the strength to follow your dream. A motif often used in the director's movies. It is a pity, however, that all this becomes very repetitive and, despite the fascinating meta-level, the movie lacks depth. 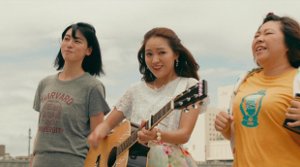 Futhermore, the picture could have gotten more out of the musical performances. Of course, the songs come from Japanese pop culture, and sometimes from the seventies whenever it fits. And the performers also sing and dance themselves. Ayaka Miyoshi does a good job and can express Shizuka's joie de vivre in the musical scenes pretty well. She also strikes the right note vocally. However, her sidekick, played by Yuu Yashiro, manages to outshine her in this department. Sometimes, there are moments when you think that the director could have produced the whole thing on a bigger scale and more thrilling, for instance, when the unequal duo dances with two rival gangs. A little more choreography wouldn't have hurt either. But perhaps the lack of perfection is also the reason why "Dance With Me" doesn't get too cheesy. The movie focuses on its naturalness and not on superficial glamour and glitter. Regarding this aspect, viewers' opinions might be divided, though. 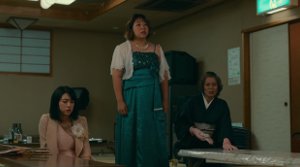 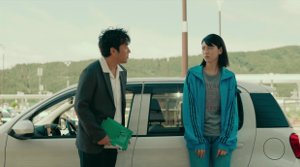 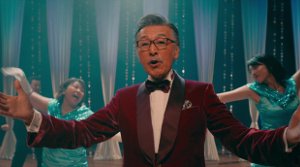 But what is definitely troubling is the story's flow. It is interrupted by a long road trip and it is unclear where the movie actually wants to go. The story just dribbles away, and some of the supporting characters don't seem as energetic as it would have been appropriate for the movie. But it is a real pity that there are so few moments when you actually have to laugh out loud. The humor takes too much of a backseat and is replaced by a general life-affirming mood. This actually means that you can't resist having a good mood yourself at the end of the credits, but the movie is still a little flat and disappointing. At least, having a good mood also means that you don't regret the time you spent with "Dance With Me". Considering its meta-level, however, the movie could have turned out much more interesting.